Laughfest: How your laughs fuel someone else’s future 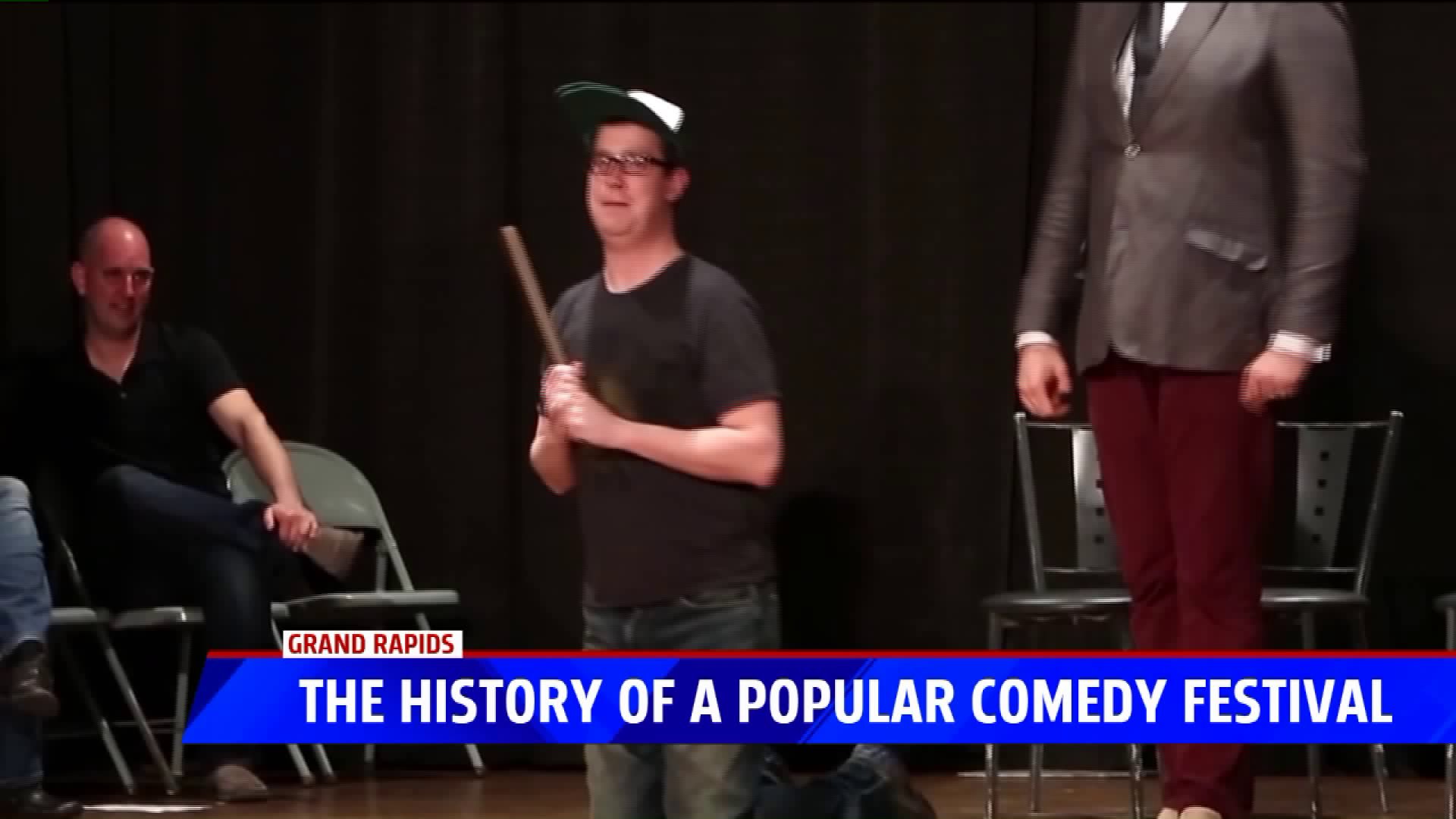 The 10-day festival has earned quite the reputation with hundreds of events at more than 50 venues, and comedians with a variety of backgrounds.

"There’s all different levels. People who are experienced comics are in some of the showcases, people who have only done it a few times, and then we have some showcases for people who have never been up before, so it’s a great way to get your feet wet," said Dyer.

There’s no doubt the festival is a good time, but it’s “why” behind all that laughter that’s really significant.

"I think one of the important things is to remember why Laughfest is put on, and that’s really to support Gilda's Club," Dyer said.

Their Grand Rapids program provides emotional support to people who are navigating a cancer diagnosis or the loss of someone from cancer.

"Laughfest was designed so that at the end of the day all of the proceeds, after we’ve paid the bills for the festival, come back to benefit Gilda's Club, and that ends up being 18-20 percent of our operating revenue for the organization, which is really significant for us," said Joanne Roehm, director of strategic initiatives and Laughfest.

Extremely significant, as it goes on to fund Gilda’s programs all year, from workshops to support groups.

So this March, when you’re going to hear your favorite comedian, see an improv group, or take part in a festival event, know that your laughter is helping fuel someone else's future.

For information on Laughfest 2019 click here, or head to Laughfest Central located off of Lyon street in the Waters Building in downtown Grand Rapids.