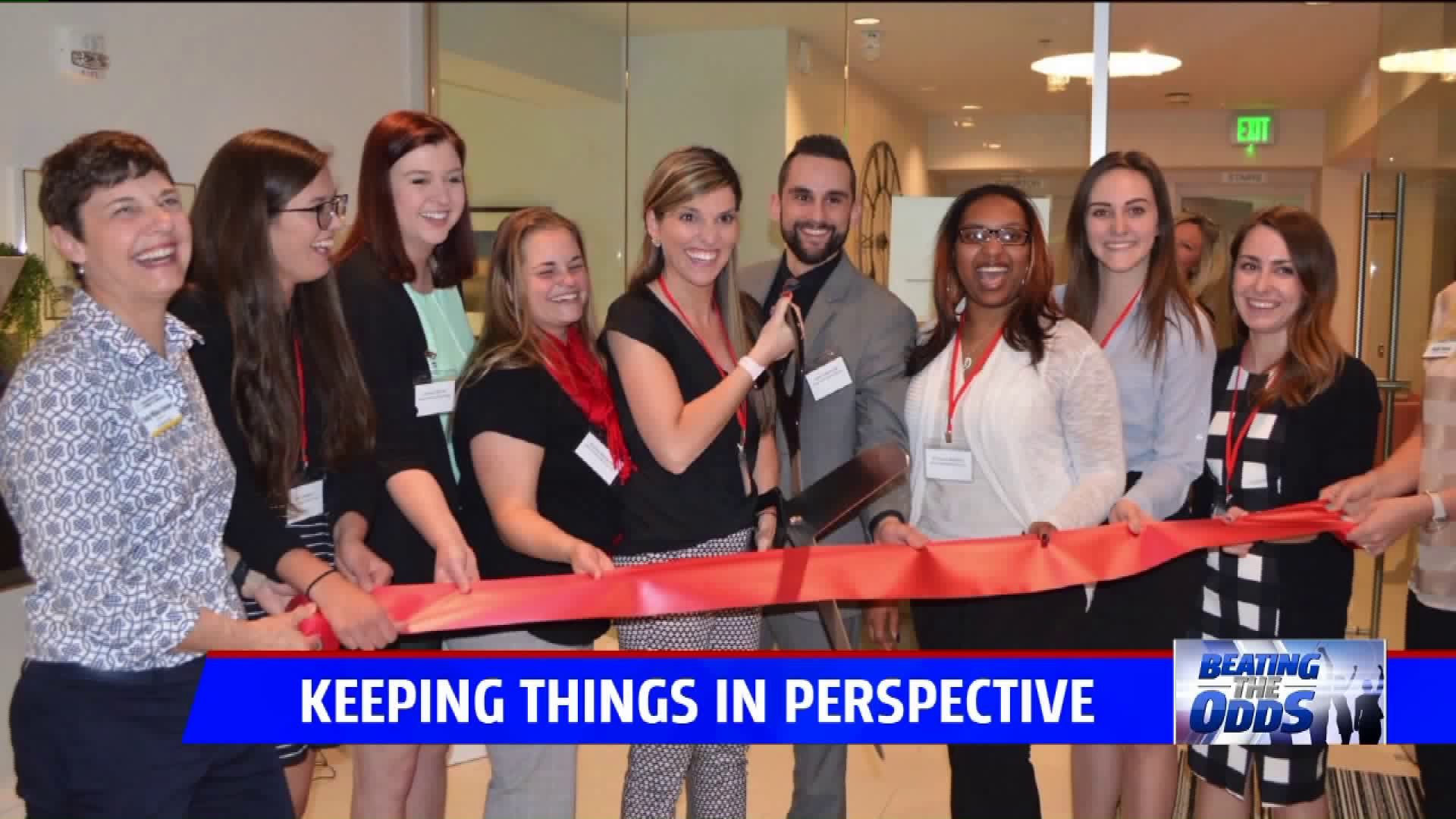 KENTWOOD, Mich.-- A successful businesswoman is proving the way we overcome obstacles can make or break our future.

Looking at Sara Knoester,  one could think she has it all. She is a successful business owner, making an impact in her community, has a beautiful family. As the president of Mixed Staffing and Recruiting, her life seems almost picture-perfect. But her journey has been anything but.

"I grew up in Grand Rapids, had a single mom who raised me. I'd pretty much say, it wasn't in my recipe to succeed," said Sara Knoester, as she remembered her childhood.

Her father, her best friend, passed away when she was 17 years old.

"I didn't do good in school," she recalled. "I was, gosh I think I had a 2.5 GPA. I didn't get accepted into any universities in Michigan, actually at all."

Knoester eventually got into college, learned to manage her dyslexia and ADHD, graduated with a 4.0 and a mission to help women and minorities find jobs.

But two weeks before launching the company in Chicago, her business partner got cold feet, and left Knoester to fend for herself.

If Knoester was going to see her dream through, she needed to find someone who believed in her. That chance came from Grand Rapids accounting firm Beane Garter. With that, Mixed Staffing and Recruiting launched in 2012.

Knowing herself what it was like for someone to take a gamble on her, Knoester started working with inmates, arming them with employability skills. As a result, she was able to get five of them jobs.

"They needed a job but they also needed something to live for," Knoester said.

It seemed Knoester finally had the momentum she needed. But the next few months proved otherwise. She was sidelined in the hospital with double pneumonia and a mysterious virus. And, just when her health started taking a turn for the better, she was attacked by her fiance's dog, leaving her with nearly 50 stitches in her face.

"It was just one of those times I'm like, OK God, what else are you going to throw at me? But, I still tried to keep that mindset that it could always be worse."

It's that attitude that lets Knoester focus on giving others a helping hand, like Curtis Hamilton. He met Knoester as an inmate in work release. He was 38 years old, had been in and out of prison and never had a job.

but Knoester saw something in him others weren't willing to see.

"She gambled on me and she got Michael Jordan, like seriously, she got a Michael Jordan of the work force," joked Curtis Hamilton. "My record at both jobs I've had, great employee."

He credits Knoester for helping get his life back on track and, more importantly, stay on track for the past four years.

"There are bad things that happen in life to everybody and it's not about what happens to you, it's about how you handle it." Knoester said.

Looking to the future, Knoester hopes to expand the company to Lansing and Detroit.