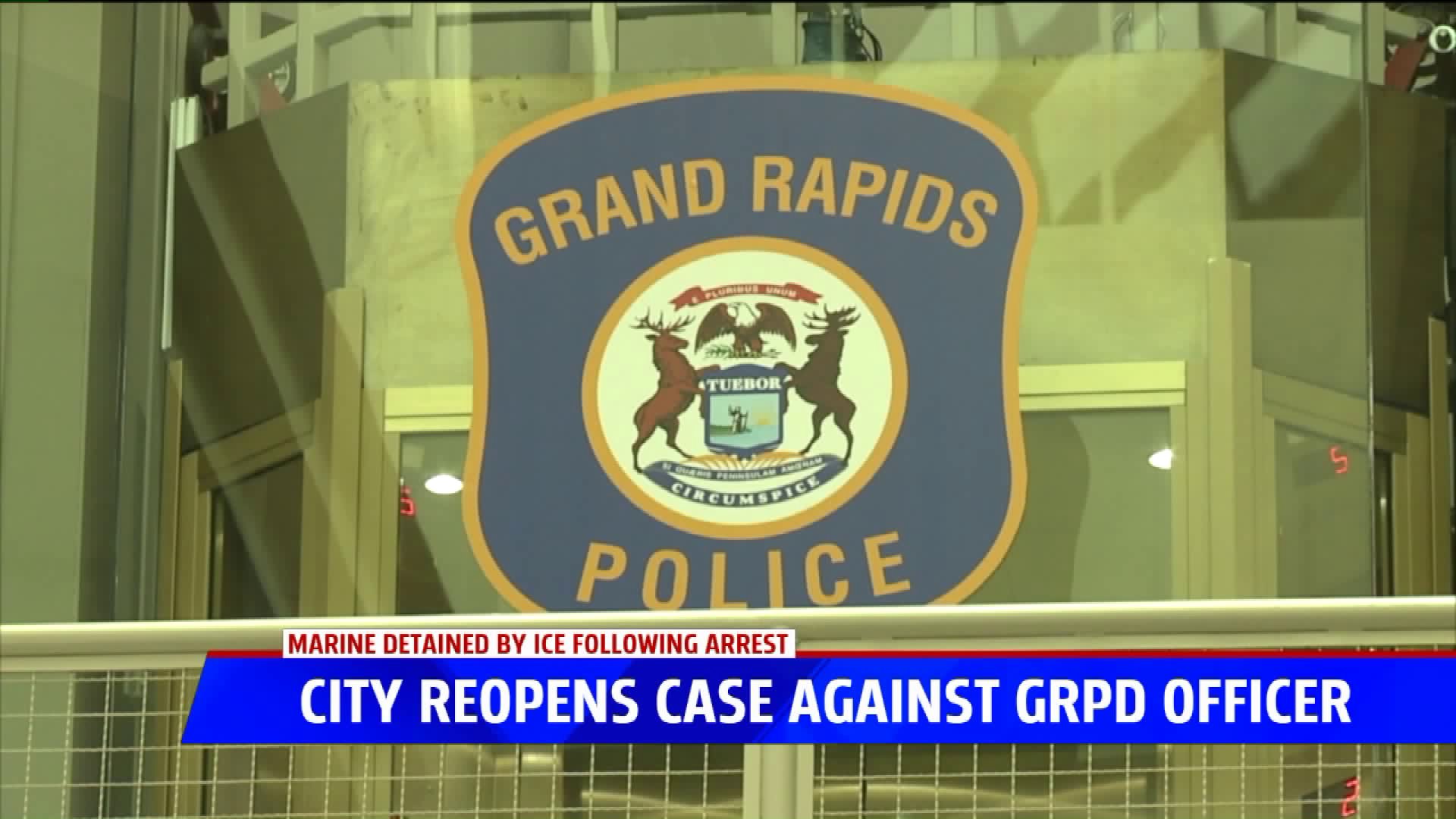 Capt. Curt VanderKooi is suspended pending an investigation into his actions involving a former Marine wrongfully detained by U.S. Immigration and Customs Enforcement.

An internal investigation within the Grand Rapids Police Department cleared VanderKooi of wrongdoing, but said he was disciplined for use of the term "loco" in emails.

On Tuesday, citizens came to a Grand Rapids City Commission meeting and called for his firing.

“The re-opening of the case and the placement of Captain Vanderkooi on administrative leave is, in our opinion, a clear violation of the due process rights of one of our members under our collective bargaining agreement,” Capt. Geoff Collard said at a Thursday press conference. “We are confident that any attempt to further discipline Captain Vanderkooi will be overturned through all appropriate venues and open the City of Grand Rapids to civil liability.”

Collard claimed elected officials and appointed leadership within the City of Grand Rapids “cower to any ‘mob rule’ behavior of any organizations that raise vocal opposition.”

When asked to comment on the union’s statement, City Manager Mark Washington referred to a statement issued prior to the police union's press conference:

“My office has reviewed the recent events surrounding the incident involving Jilmar Ramos-Gomez.

In summary, I have found that our police department responded to reports of criminal activity at Spectrum Butterworth Hospital on November 21, 2018, in order to protect the health and safety of the hospital, patients and community. Based on our police department’s Internal Affairs investigation, the officers directly involved with the incident on that day performed their job by responding to the criminal threat according to policy. My concern is not about the officers involved in the response on the day of the incident but the way a senior command member of the department handled the matter after the officers’ initial response.

Secondly, Interim Chief Kiddle acknowledged in his comments at Tuesday’s City Commission meeting that our Police Department is conducting a review of departmental policies and protocols related to contacting federal authorities. This review affirms my commitment to safety over status and following impartial policing protocols. I will receive the outcome of that work in the coming weeks and will share it with the City Commission and community once it is completed by the Police Department.”

Jilmar Ramos-Gomez was arrested Nov. 21 after allegedly starting a fire in a Grand Rapids hospital. While Ramos-Gomez was in police custody, VanderKooi contacted ICE to check on his status as a legal citizen.

The ICE official responded days later and said Ramos-Gomez made statements that led him to believe he was in the country illegally. Documents obtained through a Freedom of Information Act request by the American Civil Liberties Union show Ramos-Gomez had a license and American passport in his possession at the time of his arrest.