Kalamazoo church fighting to keep adjacent property for public use 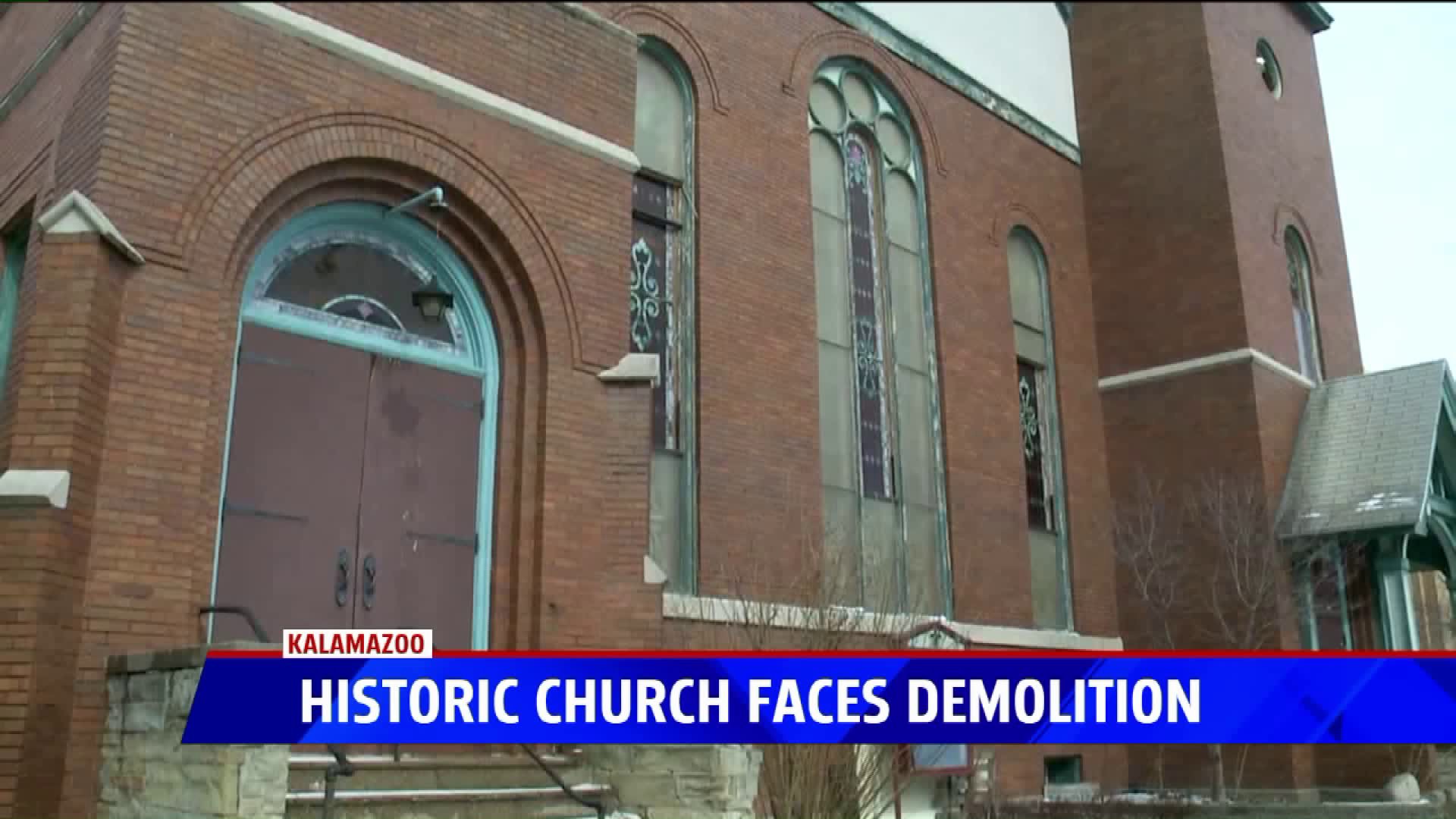 KALAMAZOO, Mich. — Ever since Rev. Nathan Dannison and the congregation at First Congregational Church purchased the property at 302 Academy Street, they’ve been trying to preserve its significance, he said. For centuries, it’s been a part of the historic church square district around Bronson Park, he said, and they want to keep it that way.

“It was platted that way in 1831 by the founder of our city, Titus Bronson,” said Rev. Dannison, a senior minister at the church. “He intended it to be for public use, and at that time churches were the public spaces of a community.”

It’s been under that designation ever since, he said. However, they quickly learned that it was going to cost at least $3 million to repair the church. Since then, they’ve been dreaming of turning it into a green space for children to enjoy when they come to Bronson Park.

Dannison said the plan has been in the works for years. However, developers have been eyeing the property too.

Dannison said he's firmly against the idea, as such a project would gentrify the area and limit who enjoys the park. He believes Bronson Park is a place for everyone: "kids, adults, the elderly, and people with disabilities."

"It's a place for people who own homes, who rent homes, [and] who have no homes at all. They’re a part of our city," Dannison said. "Our fear is that downtown Kalamazoo is going to become a place where people with only extraordinary wealth are going to be able to enjoy."

Recently, other challenges have emerged in regards to that property, he said.  He received a phone call about the Historic Preservation Committee wanting to turn the property and all of the land surrounding Bronson Park, including other churches,  into a historic district. He was not happy about that news.

“When a building is placed into a historic district, if the members of that commission determine that the building is not being kept up to their standards, they can actually have the city come in, do the repairs necessary, and then charge the owner of that property,” Dannison said.

“St. Luke’s is 182 years old. We’ve been caring for this historic building since it was built in the 1880s. So we’re not sure what the concern is,” Warren said. “We’re concerned that making this a historic preservation district might encumber us with greater costs and more red tape.”

Warren was among the many clergymen and women who attended a public meeting Tuesday, February 26, at Kalamazoo City Hall, where they spoke out against the proposal, he said. He learned that the committee had been thinking of doing this for years and felt that the churches around Bronson Park should have been included in the plans.

“I don’t feel it was a fair approach because it wasn't a conversation and a dialogue,” Warren said. “It came at us rather in a blindsiding way.”

FOX 17 reached out to the Historic Preservation Committee and City Hall for a comment and have yet to hear back. FOX 17 did receive the email that was sent to the churches and businesses in the area inviting them to the first public meeting about the "proposed new historic districts in the Bronson Park National Register Historic District and at the Nazareth Center."

Dannison said he doesn't see a fight ahead. For him and his congregation, they're moving forward with their plans.

“It’s going to become a playscape,” Dannison said. “This is something that’s been on our hearts for a long time. We’ve got a lot of support from the community about this project, and we’re going to cut the ribbon in Spring 2021.”