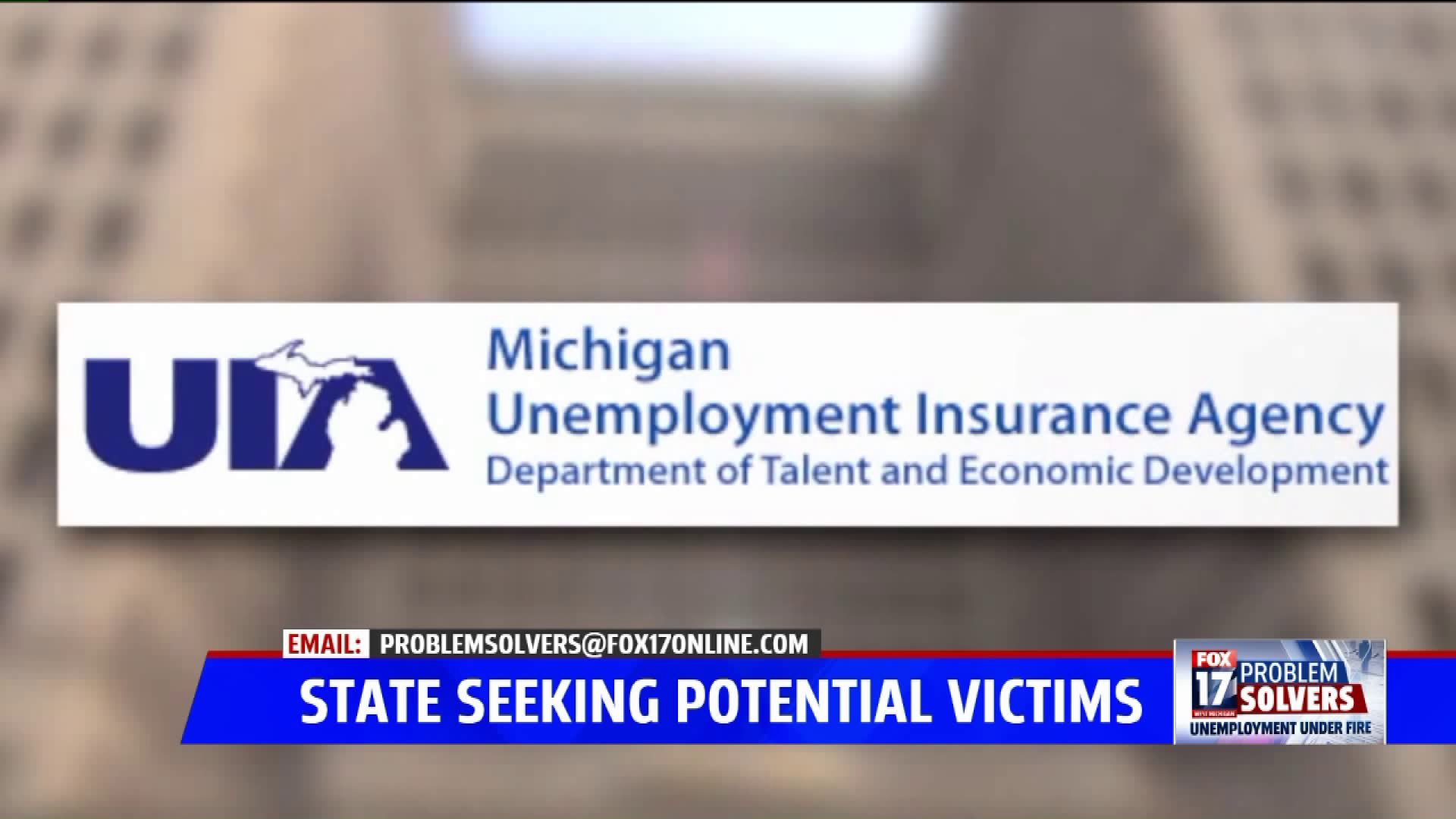 MICHIGAN -- The governor's office is actively looking for victims of the state's failed unemployment computer software called MiDAS. These are people the state believes are owed a refund but are difficult to track down.

It's the latest action being taken to correct the false fraud accusations that impacted more than 40,000 people.

Governor Whitmer said about 500 people are still owed a refund from the unemployment debacle the Problem Solvers first reported on back in 2015. The UIA told FOX 17 there's about $400,000 to return to those individuals. That's on top of the $20.8 million dollars already paid out.

The refunds are tied to garnished wages and seized income taxes that shouldn't have been taken in the first place.

Rick Paulsen of Holland hopes he's one of the 500 left. He said he's been receiving letters from the UIA for nearly 5 years. Paulsen is accused of lying to receive benefits and is being told to pay close to $5,000.

"I never got a definite answer from anyone I talked to," he said.

Paulsen recalled, "I have filed, but they denied me because they said that I quit... where I didn't quit."

He said his income taxes were seized last year.

The UIA's discrepancies occurred under the previous governor's administration. In an effort to repay victims, Governor Gretchen Whitmer and the attorney general, Dana Nessel, announced on Thursday that the UIA launched a website where people can submit their contact information and an explanation of why they believe they are owed money.

Their benefit determination must have been made between 2013 and 2015.

People can also log onto their MiWAM accounts to see if they have a pending refund and update their contact information to jumpstart the refund process.

Paulsen may or may not fall into this group but he's hoping for relief.

"I need somebody to help me find a way of getting out of this mess that was caused by them," he said.

FOX 17 sent Paulsen's information to the UIA for review prior to this announcement. For a link to refund questionnaire website head here.