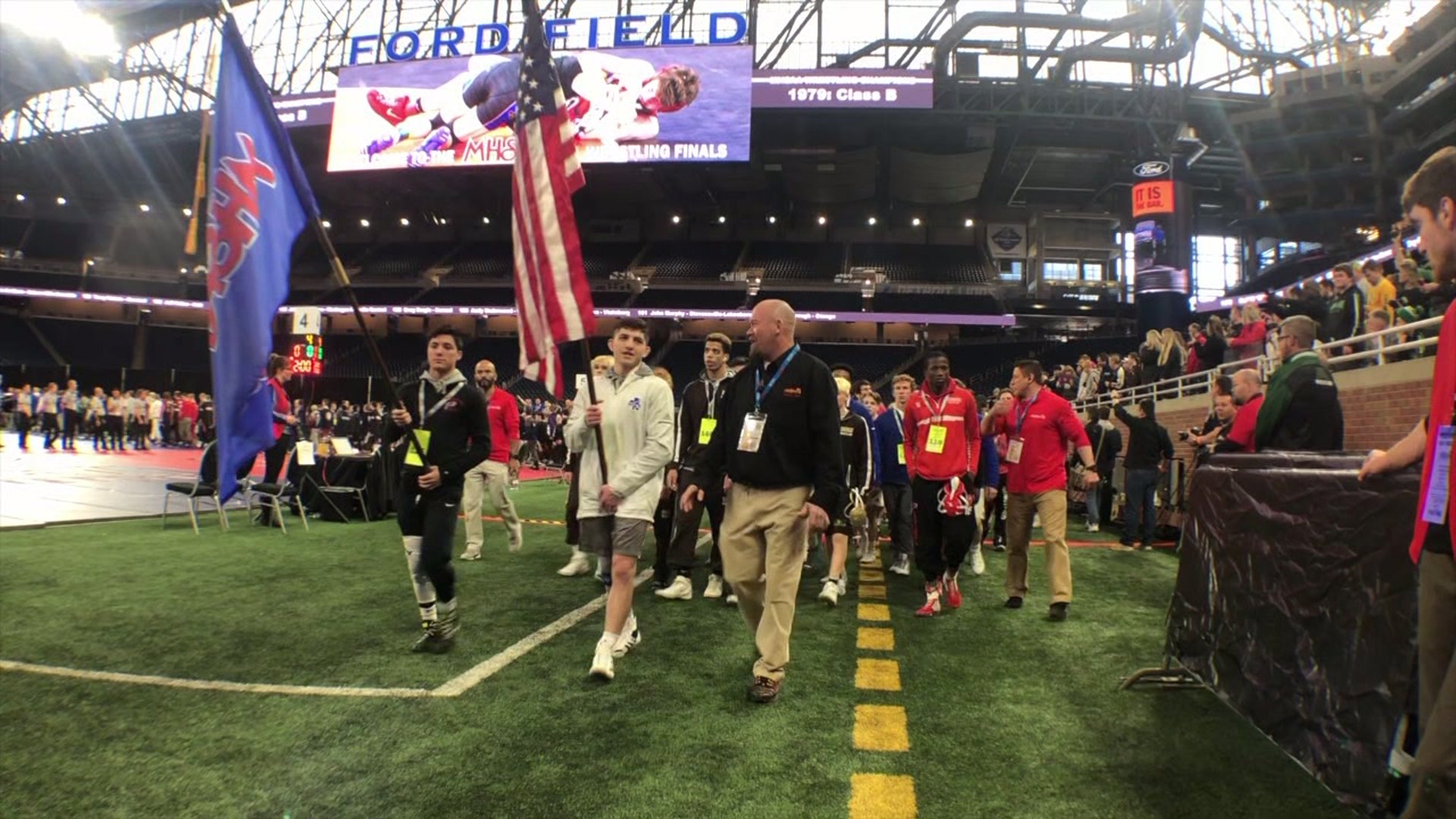 DETROIT, Mich -- Hundreds of wrestlers competed at the individual state wrestling championships at Ford Field in Detroit on Saturday afternoon but of all of those, there are just fifteen from West Michigan who are going alone, without teammates next to them.

“It would have been fun to go as a team. But as an individual it’s still fun," Mona Shores senior Josh Hill said.

Hill is one of the many looking to bring an individual state championship back to his school.

“That was always my goal. That was my goal but now I strive for more,”  East Grand Rapids' John Shelton said.

Shelton is aware that the Pioneers haven't had an individual state champion in a long time.

“At East, we haven’t had a state champion in a long time, so it would be good for my school,” he added.

Gabriel Hassan of Forest Hills Eastern is another who experienced the bright lights of Ford Field on Saturday.

“I haven’t been wrestling as long as a lot of these other guys,” Hassan smiled.

For all three wrestlers, this week was just like any other and the practice routine remained the same. The only difference is the room was empty as they were alone without their teammates, getting set for an individual competition.

“Pretty much go into it how I’d go into any other match. That’s what got me here,” Hill said.

The mental preparation is important as well.

“I'm just not freaking myself out, and staying focused,” Shelton said.

No matter the result on the mats on Saturday, these were memories that will never be forgotten.