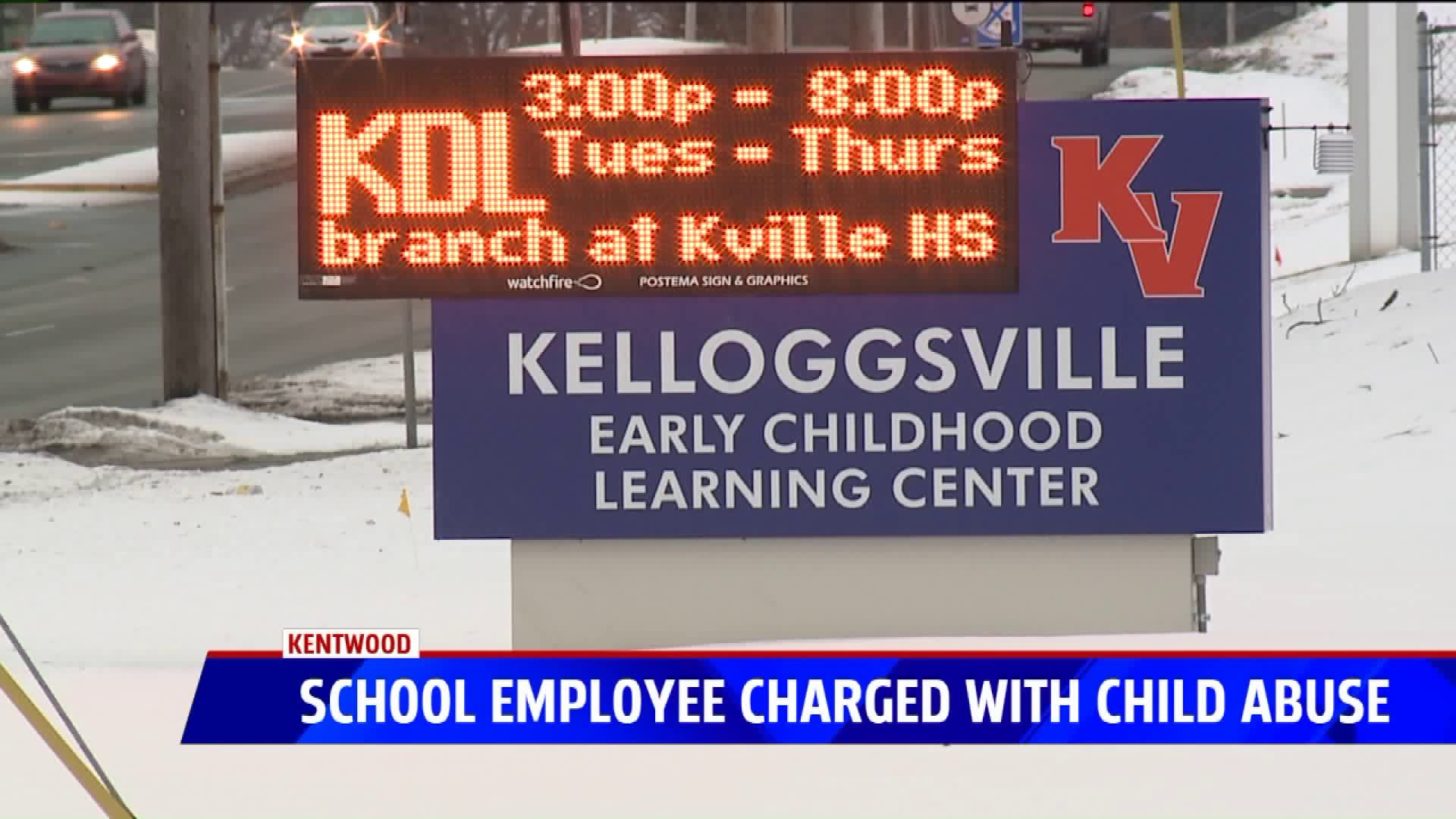 WYOMING, Mich.-- The mother of a Kelloggsville Early Childhood Learning Center student is making sure her concerns are taken seriously after an alleged incident of child abuse that lead to the suspension of a staff member.

Becky Templin's 4-year-old daughter, who FOX 17 is not naming because she is a minor, says a staff member named Tammie Burg physically hurt her when she went to the bathroom after lunch at school in October 2018.

Burg is now facing one count of fourth degree child abuse, a misdemeanor to which she pleaded not guilty.

Templin was first informed about the incident when Kent ISD called her the following day. Templin says she was told that Burg put her hands on Templin's daughter and would be suspended from her job.

Templin says she went to her daughter and noticed a small bruise on her arm.

“She said, ‘Mommy, this teacher put her hands on me.'" Templin says. "I said, ‘Why?’ She’s like, ‘Because I was in the bathroom. I wasn’t moving fast enough for her.’ I’m like, 'So that gives her the right to do that to my daughter?”'

According to Fil Iorio, Burg's legal counsel, Burg did nothing criminal. In a statement Iorio gave to FOX 17, he adds: "She has been working with children for over 30 years and she is caring and nurturing and she would never intentionally hurt a child."

Templin says for over a month after the incident, her daughter was afraid to go to school.

According to court documents obtained by FOX 17, Burg posted $500 bond. As part of her bond, Burg is not allowed to have contact with children. However, she is currently working at the cafeteria of Kelloggsville High School.

"Kelloggsville Public Schools  would like to clarify a recent inquiry about an employee facing criminal charges related to an incident with a student.  A warrant has been removed by posting bond per WYPD and we have a legal opinion that supports the individual being employed until trial.  The individual works in the kitchen preparing food and doesn't have any contact with students."

Templin says she's concerned for the safety of other students, even though Burg doesn't have contact with them in her current role.

“What happens if somebody were to make her mad?" Templin says. "What is she going to do? Put her hands on that high school student? What’s gonna happen?”

Above all, Templin says she wants Kelloggsville Public Schools administrators to reach out to her about the alleged incident, something she says hasn't happened yet.

“A phone call and we can sit down and talk about it. I’m not a mean person," Templin says. “I have nothing bad to say against Kelloggsville Early Childhood Learning Center. It’s the actions now. My voice isn’t being heard at all.”

If convicted of the fourth degree child abuse charge, Burg could face one year in jail or probation for up to five years.