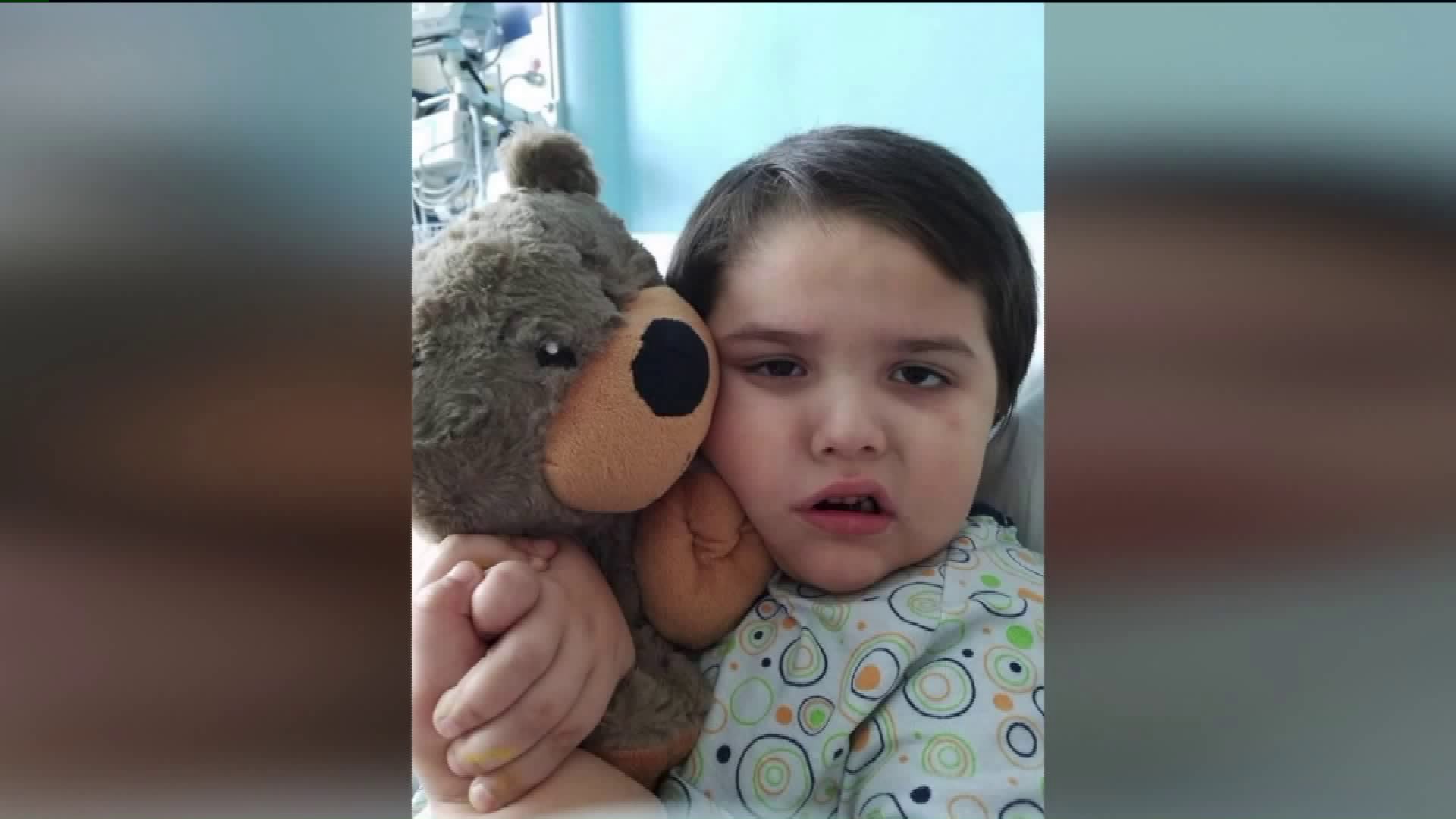 IONIA, Mich. - A young boy and his family got a devastating diagnosis last week.

Peyton Dennis, 4, has an aggressive form of brain cancer and may have just months, or even less, to live. His family is working to make the most of the time he has left.

For the past month, Peyton had trouble walking and parts of his face sagged.  Last Wednesday, his parents took him to the doctor and a CAT scan revealed two cancerous tumors growing in the middle of his brain, in a part where doctors can't operate.  Chemotherapy is also not an option. The only thing possible is using radiation, but that will just shrink the tumors for a while to make the quality of his last bits of life better.

Despite the terminal diagnosis, the family is still holding out hope that Peyton's life can be saved.

"We're hoping for a miracle, because that's what is going to have to happen," said Donnette Vogt, Peyton's great aunt.

The family says that Peyton knows he's dying, but remains a positive kid. He also turns five on April 8 and his family is going all out to make it the best birthday ever. The party will be cowboy and police-themed, two of his favorite things, and he'll be escorted to the party by fire trucks and police vehicles. Peyton will also get to be a "cop-for-a-day" and time with the Michigan State Police.

Family has set up some pages for people to help Peyton and to also follow along his journey.