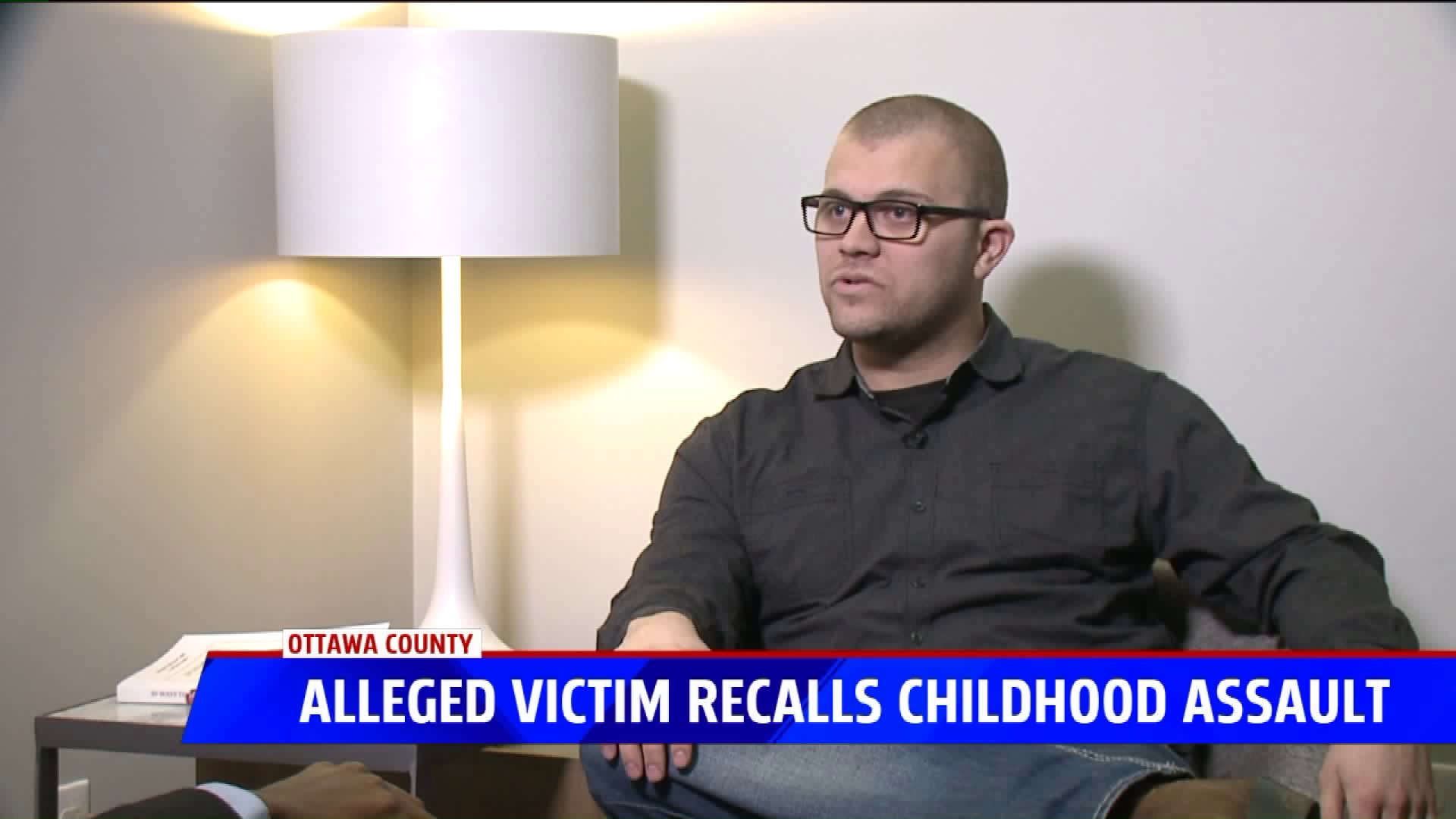 MICHIGAN/COLORADO — Lydia Lerma has been hailed "Mother of the Year" after tracking down the man who admitted to molesting her 6-year-old son.

Andrew Vanderwal had fled to Mexico during a criminal investigation into allegations of sexually abusive activity with children. He was tracked down by Lerma, who sent his picture to the FBI and helped a Michigan man move closer to closure.

Matthew Nienhuis said what Lerma did sounds like something from a movie, but it's part of his reality.

He recalled the moment he spoke at Vanderwal's sentencing in Colorado just days ago.

Vanderwal, who pleaded guilty to sexually assaulting Lerma's 6-year-old son, is originally from Hudsonville. In fact, he and Nienhuis were neighbors.

"We'd go to the park. We'd go walking through the woods. Ya know, just normal kids stuff," he recalled.

Nienhuis said everything was normal until the summer of 2003, when they were 12 and 13 years of age.

"We were having a sleepover just like we've done so many times before. I went to bed and woke up in the middle of the night, bound to his bed naked," he recalled.

He said Vanderwal sexually assaulted him that night and continued that for about a year.

"Between dealing with everything and keeping it to myself, I turned to alcohol, drugs, self-mutilation, and through the depression have attempted suicide," Nienhuis said.

He said he was 17 years old the first time he told anyone about the assault, only to be mocked and belittled.

After more than 15 years of living with the physical and emotional scars, a call came in from Colorado out of the blue. The caller wanted to know Nienhuis' connection to Vanderwal.

"Ultimately, what traced it back (to Michigan) ... (Vanderwal) basically had a treasure box," Nienhuis said.

He said Lydia Lerma found the box, and it had children's items and pictures from over the years.

During the criminal case, authorities say Vanderwal fled from Colorado to Mexico. It was Lerma, the mother of the 6-year-old victim, who flew there and tracked him down. She took pictures of him and texted them to the FBI.

“I felt like I was reading a book or a script for a movie or something along those lines,” Nienhuis said.

"I made a promise to my son. I promised him that I would find him, find Vanderwal and make him face justice,” Lerma told KDVR in Colorado. "I fulfilled that promise.”

Nienhuis, who's forever grateful for Lerma, said the assault isn't something he's talked about much through the years. However, he was one of six victims to share his story at Vanderwal’s sentencing.

Prior to his arrest, Vanderwal was working as a little league hockey coach in Colorado. Nienhuis said Vanderwal was coaching children during his time in Mexico.

Vanderwal was sentenced to 24 years behind bars in Colorado, but Nienhuis is now working to get the case brought in Ottawa County and is encouraging other victims to come forward.