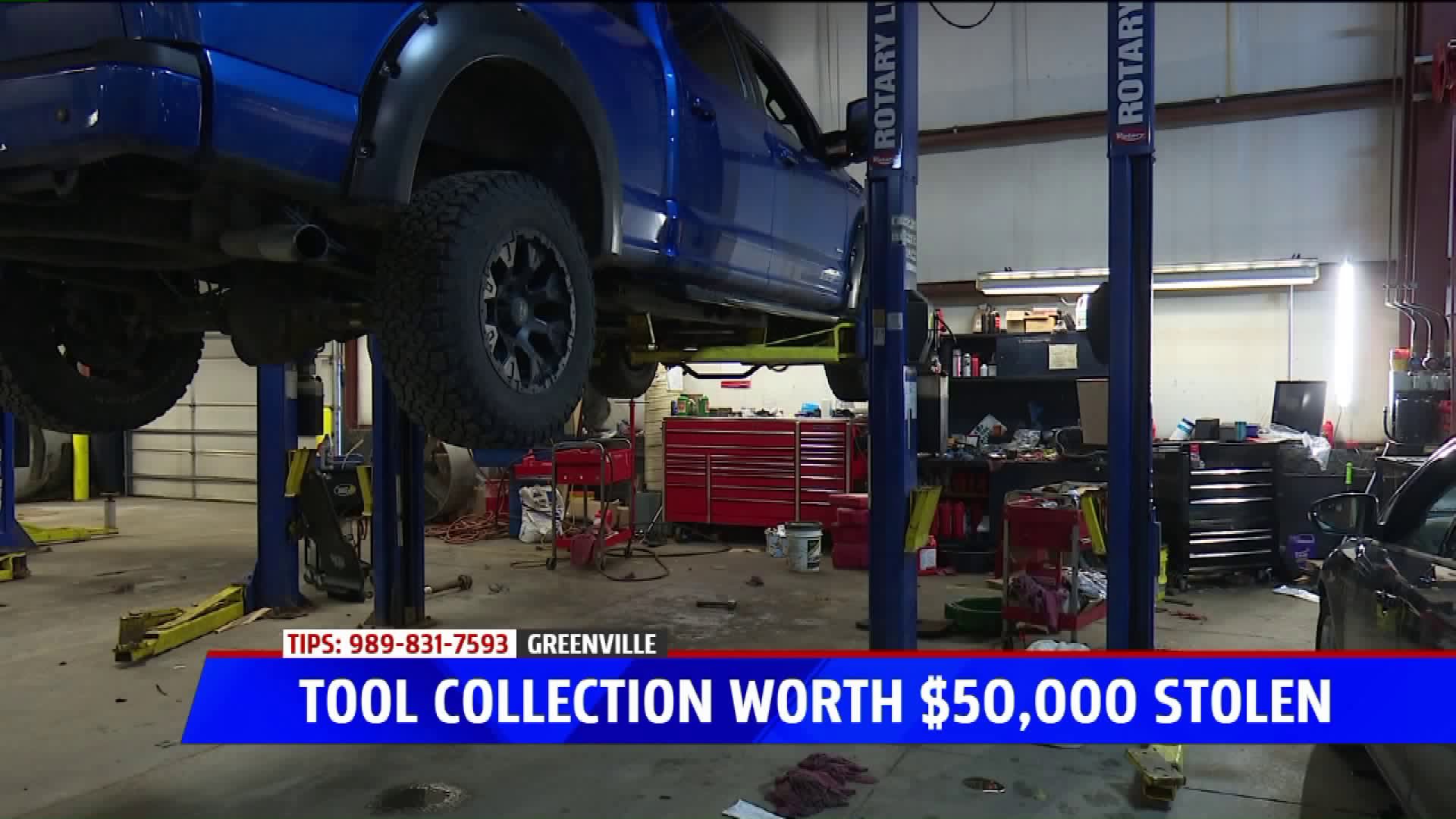 GREENVILLE, Mich. — Whoever stole from the mechanics at the Ed Koehn dealership in Greenville took much more than their tools — they stole their livelihood.

“These guys are paid flat rate, by the job. If you don’t have tools to work on the vehicle, you’re not making any money,“ Service Manager Dave White said.

White says the thief or thieves pried the back door to the shop open, emptied out the trash cans, filled them with tools and took off sometime over the weekend.

“This is how my guys make a living. This is how they take care of their families,” White said.

White says his best guess is the total amount of tools taken could cost upwards of $50,000. But he adds there's no telling at this point just how much is missing.

“If you think about it, just sitting on your couch watching this, can you name all the tools in your toolbox in the garage? I can’t,” White said.

He hopes whoever is responsible is brought to justice.

“Have a heart and bring them back. I know that’s probably a pipe dream, but these guys didn’t deserve that,” White said.

There are no security cameras at the shop at Ed Koehn. Right now, mechanics are getting by on shared tools until the insurance company pays to replace the stolen ones.