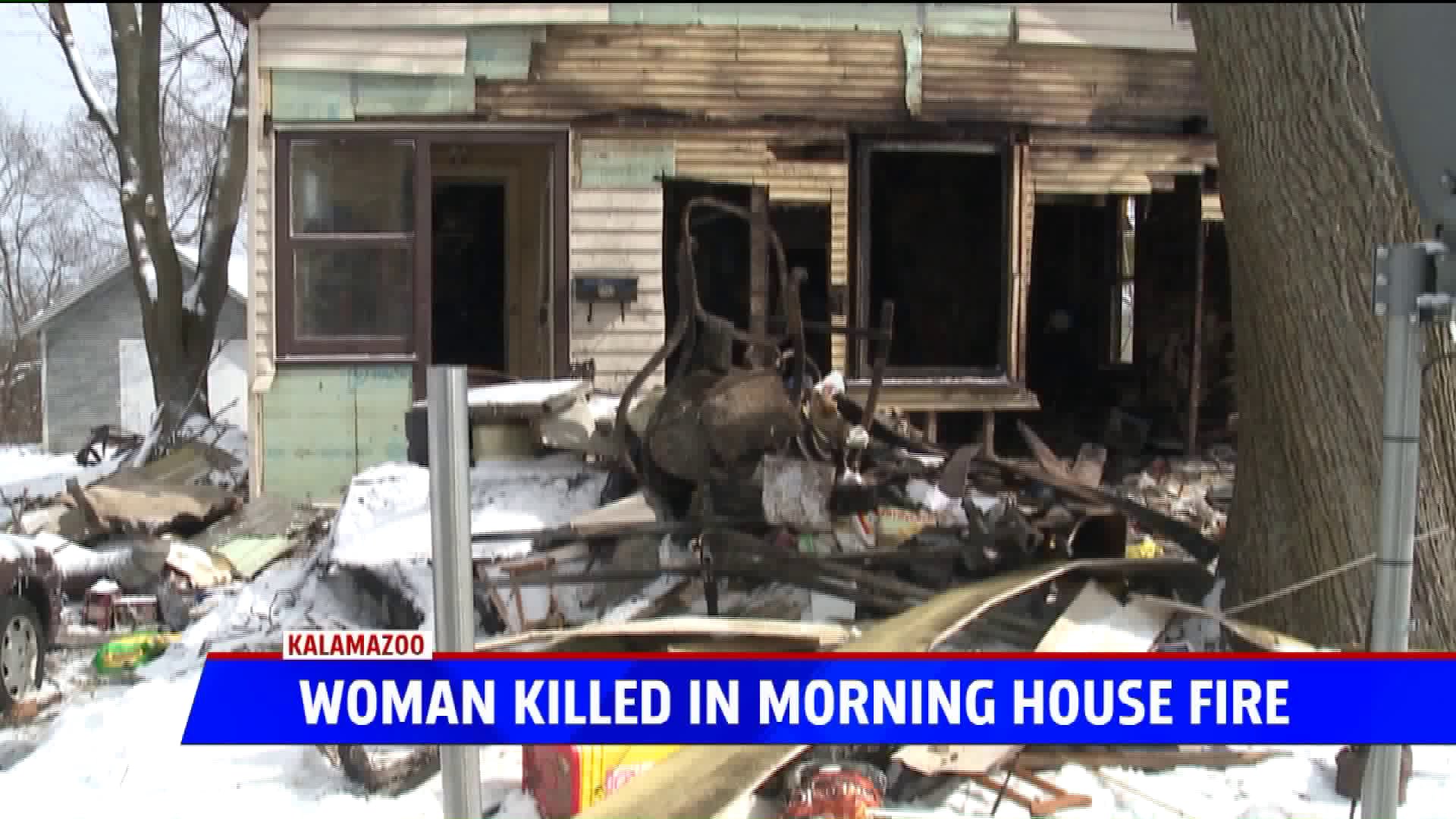 KALAMAZOO, Mich. — A woman was killed Tuesday morning after a fire broke out inside her Kalamazoo residence.

Crews were called around 7:05 a.m. to the 100 block of Denner Street near Ogden Avenue.

Upon arrival, firefighters saw heavy smoke coming from the home and discovered the floor had partially collapsed on the first level due to the fire spreading to the basement.

Officials said the collapse and severe hoarding conditions inside the home made rescue efforts difficult. When crews were able to get inside, they found the 65-year-old homeowner deceased.

The woman's identity is being withheld pending the notification of family.

Crews were at the scene for several hours to contain the fire. Their efforts were hampered by delays in water supply caused by hydrants being frozen.

The cause of the fire remains under investigation.

KDPS is working a structure fire in the 1000 block of Denner St. It will cause traffic disruptions. Avoid the area if possible. pic.twitter.com/rP2SNsr2Tx