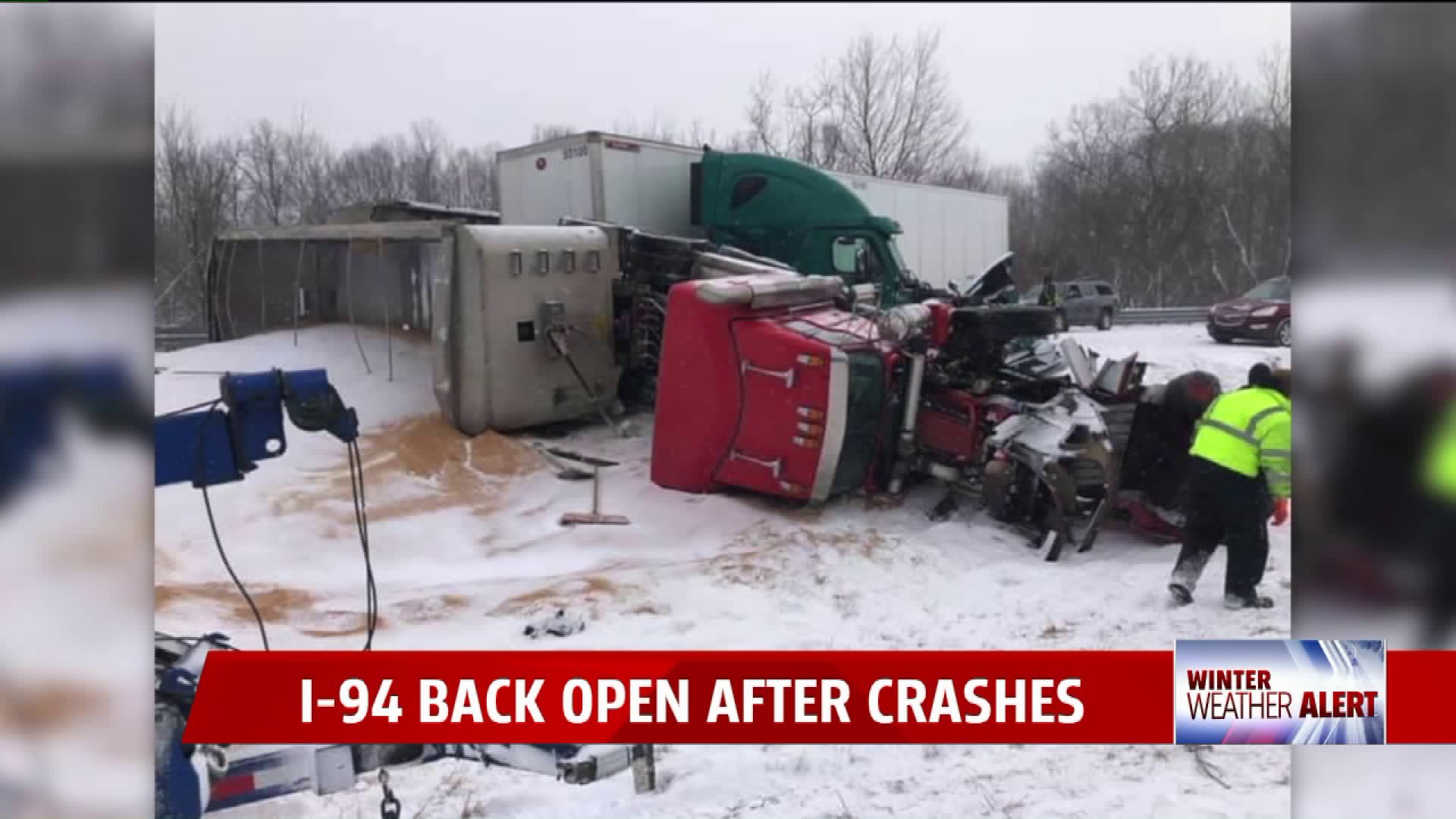 VAN BUREN COUNTY, Mich. — A crash near Exit 66 on Interstate 94 caused multiple secondary accidents to occur between that location and the 9th Street exit in Oshtemo Township. Both the eastbound and westbound lanes were shut down for hours.

“We did have some injured occupants,” said Michigan State Police Sgt. Brian Buege during an interview at the Paw Paw Post. “[We’re] unsure as to the status at this time.”

No fatalities were reported he said. However several semis were involved and there was a lot of property damage. State police are investigating what may have caused the crashes.

“You have to look at multiple things: is the equipment working properly, do they have good tire tread depth on their vehicles, do they have windshield washer fluid, can they see and whats in front of them,” Sgt. Buege said. “Obviously if there’s heavy snowfall that can reduce visibility.”

When visibility is reduced, it’s important people drive slowly he said. It’s equally significant for drivers to give themselves enough room between their car and the vehicle in front of them should they need to hit the brakes.