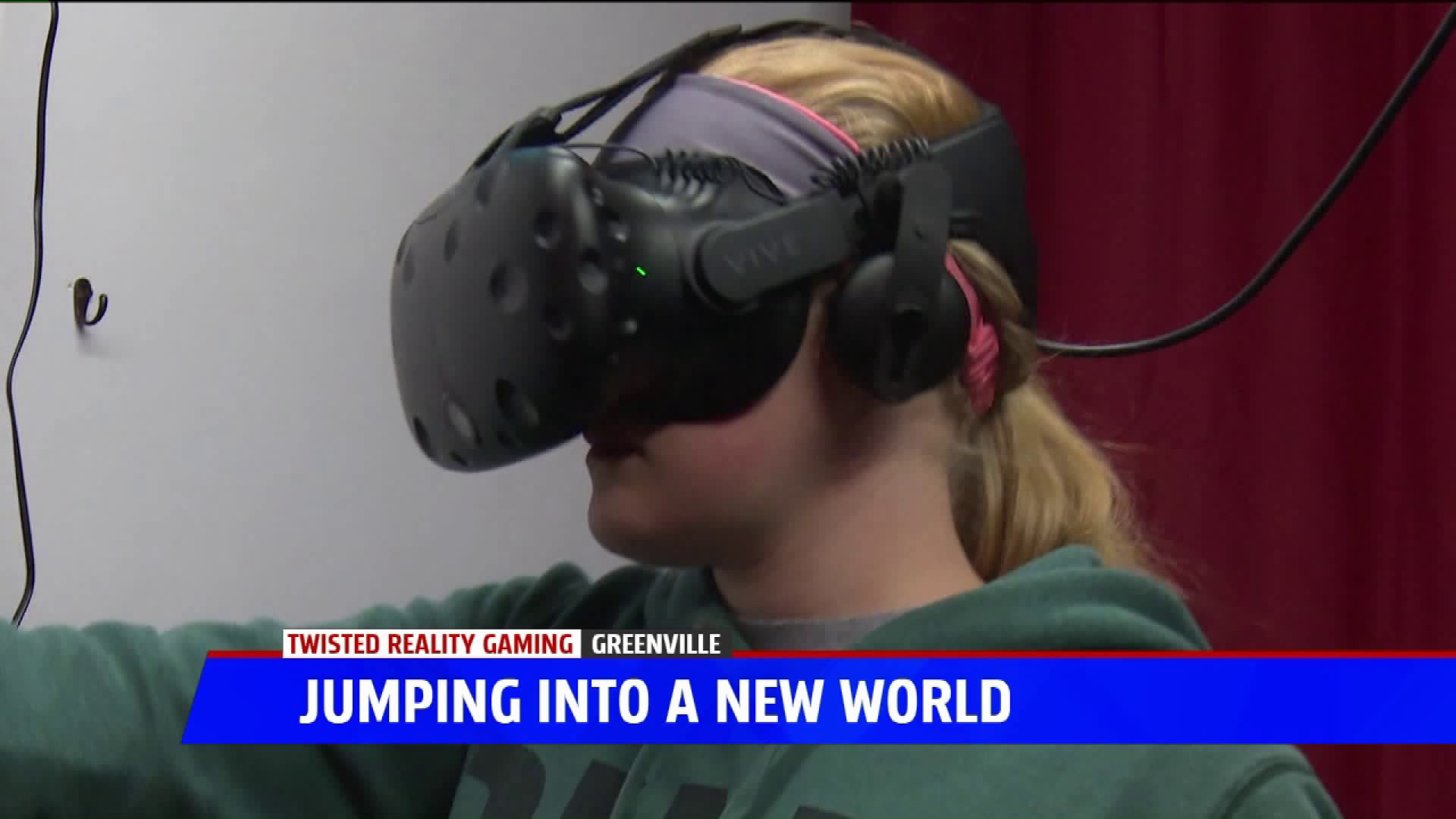 GREENVILLE, Mich. — A new business has opened up in Montcalm County sending customers into the virtual world of their choosing.

It's called Twisted Reality Gaming, started by a 21-year-old college student. Virtual reality gaming is a growing trend offering a fun experience unlike nothing else.

With the click of a button, players are sent into another world: whether it’s to a desert or to fight zombies.

"You just have to put in the headset and you transformed from a room to whatever world you decide to be in," said Jordan Witzel, owner of Twisted Reality Gaming.

Witzel opened up Twisted Reality Gaming on Franklin Street in Greenville two weeks ago. The college student is a computer science major who has been thinking about opening his own place for two years. He's in the process of transferring from Northern Michigan University to Davenport University and decided to open up shop in Greenville.

"When I went to Northern Michigan University, I went to a VR arcade with one of my friends and it was a good experience and there was nothing like that in the area so I decided, why not? Let’s see if the community can support it," said Witzel.

So far, there’s two game areas where players can pick from 54 different games. Users just put on the headset and pick up the remotes and are immersed in a 360 degree virtual reality.

"If you want to visit the Colosseum, you can go on Google Earth, visit the Colosseum," said Witzel. "You can fight zombies because that’s a big one these days, puzzle games, solving different mysteries, horror games of course. There’s escaping Bloody Mary where she tries to come after you. There’s a monster maze where you go through fighting ghosts and stuff like that.”

Witzel says it’s fun for the entire family; everyone else can watch the screen to see what you’re seeing.

It's a tough balance between school and owning a business, but Witzel says he enjoys it and plans on growing the business in the future. He plans on adding more game areas, where four people can play at once, even expanding into escape rooms.

"I enjoy gaming, technology’s what I enjoy, so I look at it less like a job and more like a hobby," said Witzel. "It’s something I enjoy doing and I like to see other people enjoying what I enjoy."

Walk-ins are welcome, but it’s best to sign up online to reserve a time slot. Customers can sign up for 15, 30 or 60 minutes.