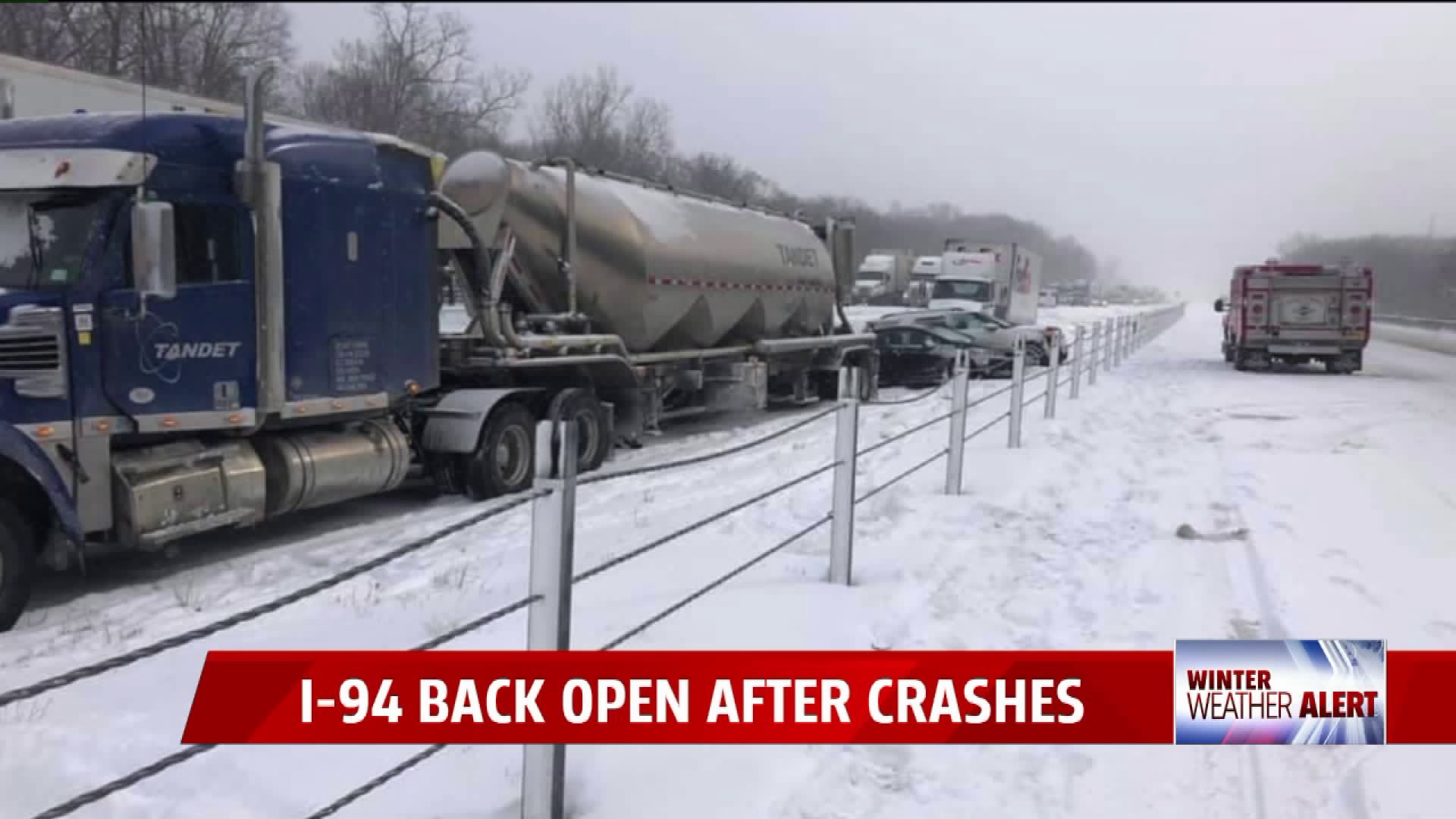 As of early Tuesday afternoon, I-94 remains closed in both directors from 9th Street to Mattawan.  Drivers forced to be out on the roads heading west are asked to use I-94's alternate route down Red Arrow Highway (Stadium Drive) to Mattawan.

Drivers are warned to expect poor visibility and watch out for additional collisions in whiteout conditions.

Michigan State Police is also investigating a deadly crash along U.S. 131 that happened this morning.  We're told this was in the northbound lanes near mile marker 53.  Investigators say a driver rear-ended a school bus.  The driver of the vehicle involved did not survive.  We're told 19 students and an adult driver were aboard the school bus.  State police say only one person from the bus was treated for minor injuries. 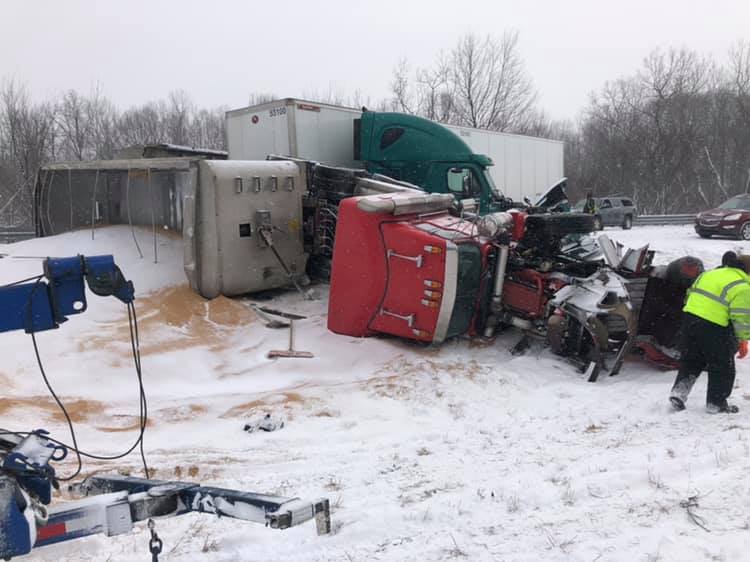