Cattle killed in crash along I-94 in Van Buren Co. 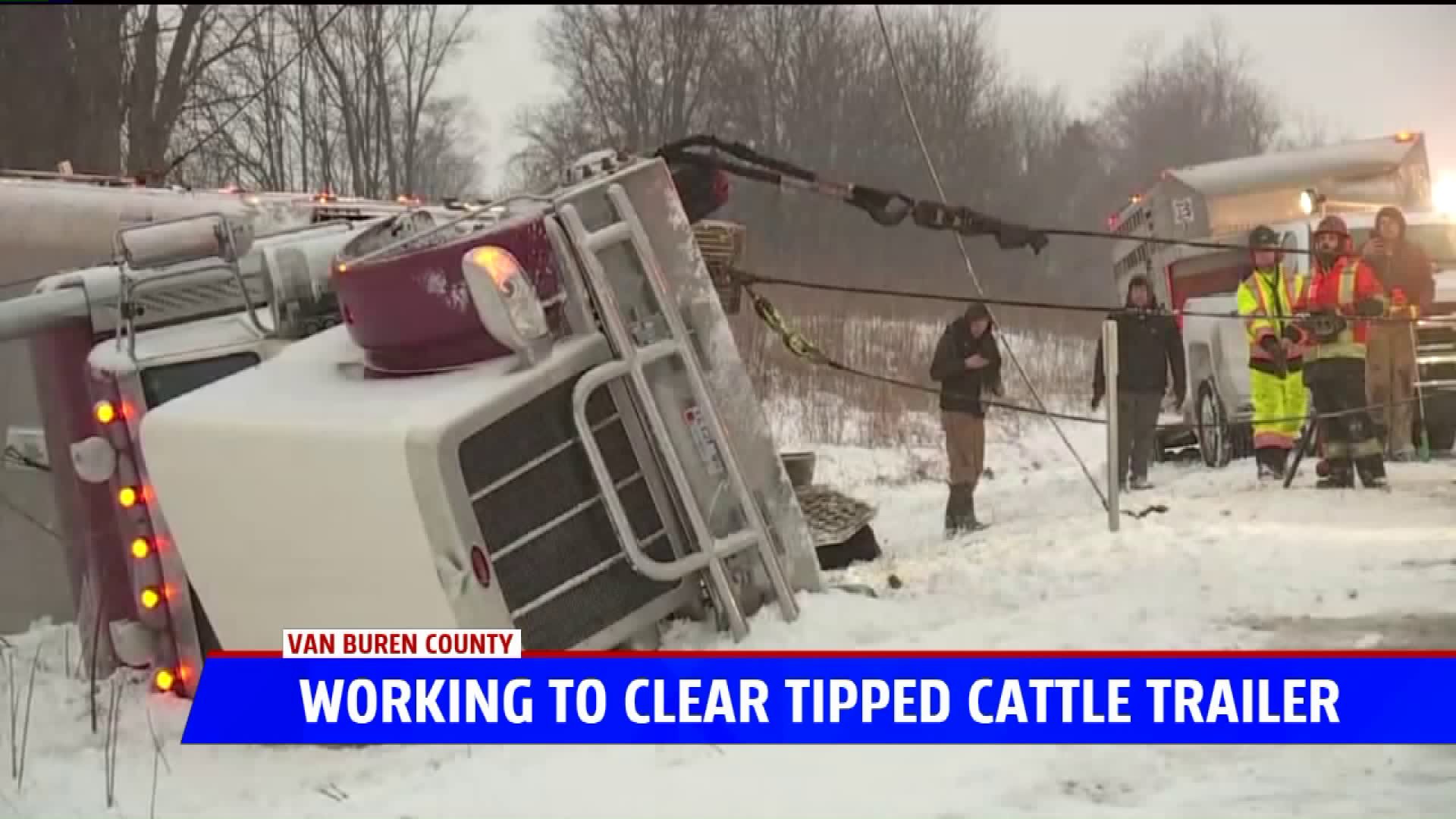 VAN BUREN COUNTY, Mich. -- A mess on the roadway for drivers in Van Buren County Wednesday morning after a trailer hauling dozens of cattle tipped over.

As of 7:30 a.m., crews are still working to upright the trailer.

The driver of the trailer wasn't hurt, but four of the animals were killed in the crash.

According to the Associated Press, the trailer was carrying more than 30 cattle.