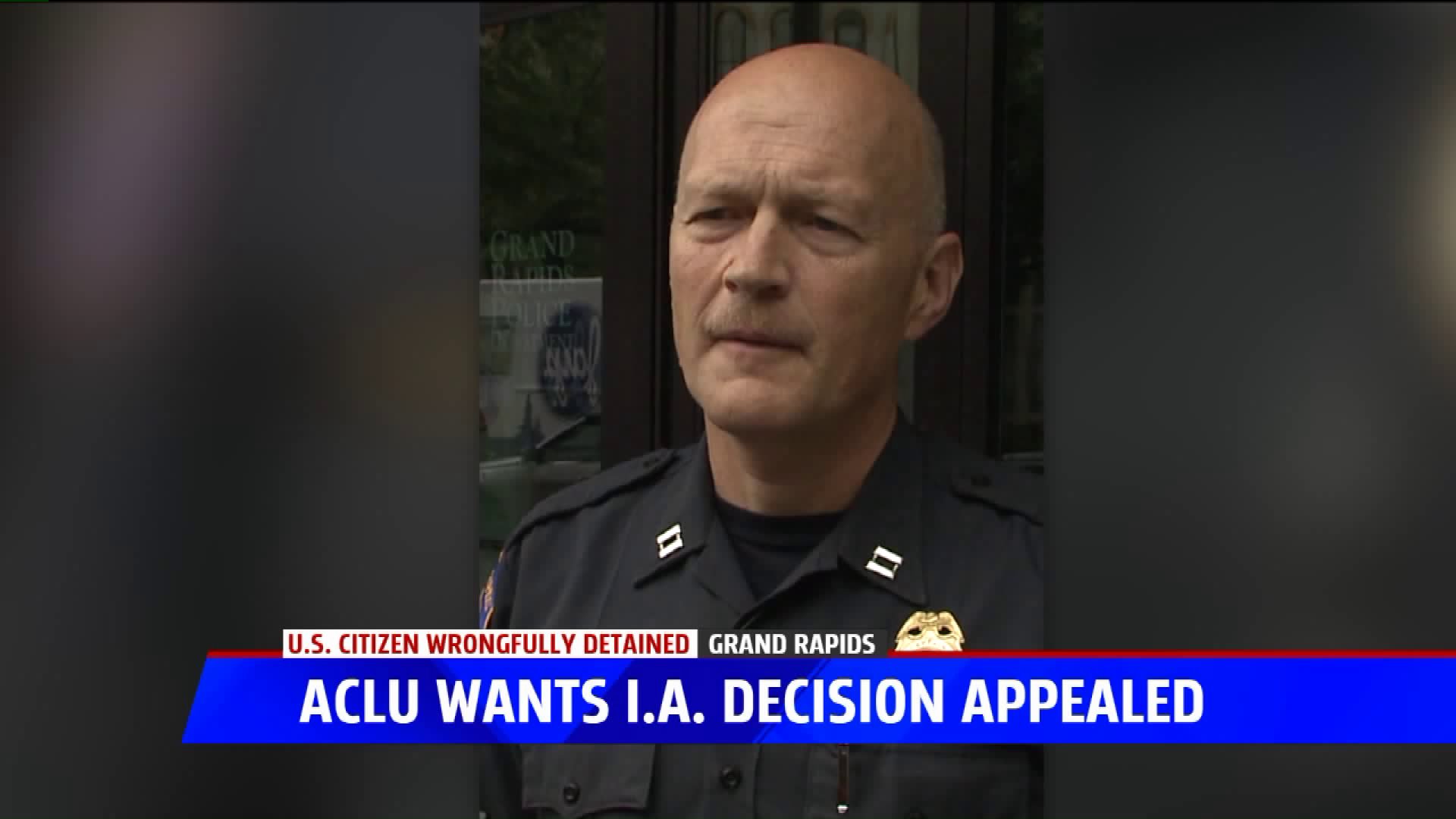 GRAND RAPIDS, Mich. -- The ACLU and Michigan Immigrant Rights Center wrote a joint letter to the Grand Rapids Police Civilian Appeal Board to request the board reverse the decision made by the police department's internal affairs division to exonerate Captain Curt Vanderkooi. City administration already placed Vanderkooi on leave to investigate the internal affairs finding that states he followed protocol.

U.S. marine Jilmar Ramos-Gomez was arrested by GRPD in November after pulling a fire alarm and trying to access the helipad at Spectrum Butterworth Hospital.

While the veteran was in custody, Vanderkooi contacted ICE to "check his status," according to documents obtained by the ACLU. That’s despite Ramos-Gomez having his passport, ID and military dog tags on him at the time.

Internal affairs found Vanderkooi followed protocol because the attempt to access the helipad could have been terrorism related, in which case, they contact federal authorities. But the ACLU said it’s racial profiling.

Miriam Aukerman, senior staff attorney with the ACLU told FOX 17, "The police union talked about the importance of due process, but Jilmar also has a right to due process. The point is that you don't just get to have a one-sided investigation. You have to have a fair investigation where everyone is heard, and you've got to figure out the facts."

The ACLU doesn't expect a response from the civilian board anytime soon. However, their next meeting is scheduled for March 20th. In the meantime, city administration is also facing backlash for placing Vanderkooi on leave and taking a second look at how the situation was handled. The union said this is a violation of their contract.