Pilot describes landing on highway: ‘There’s no way we would’ve made it’ 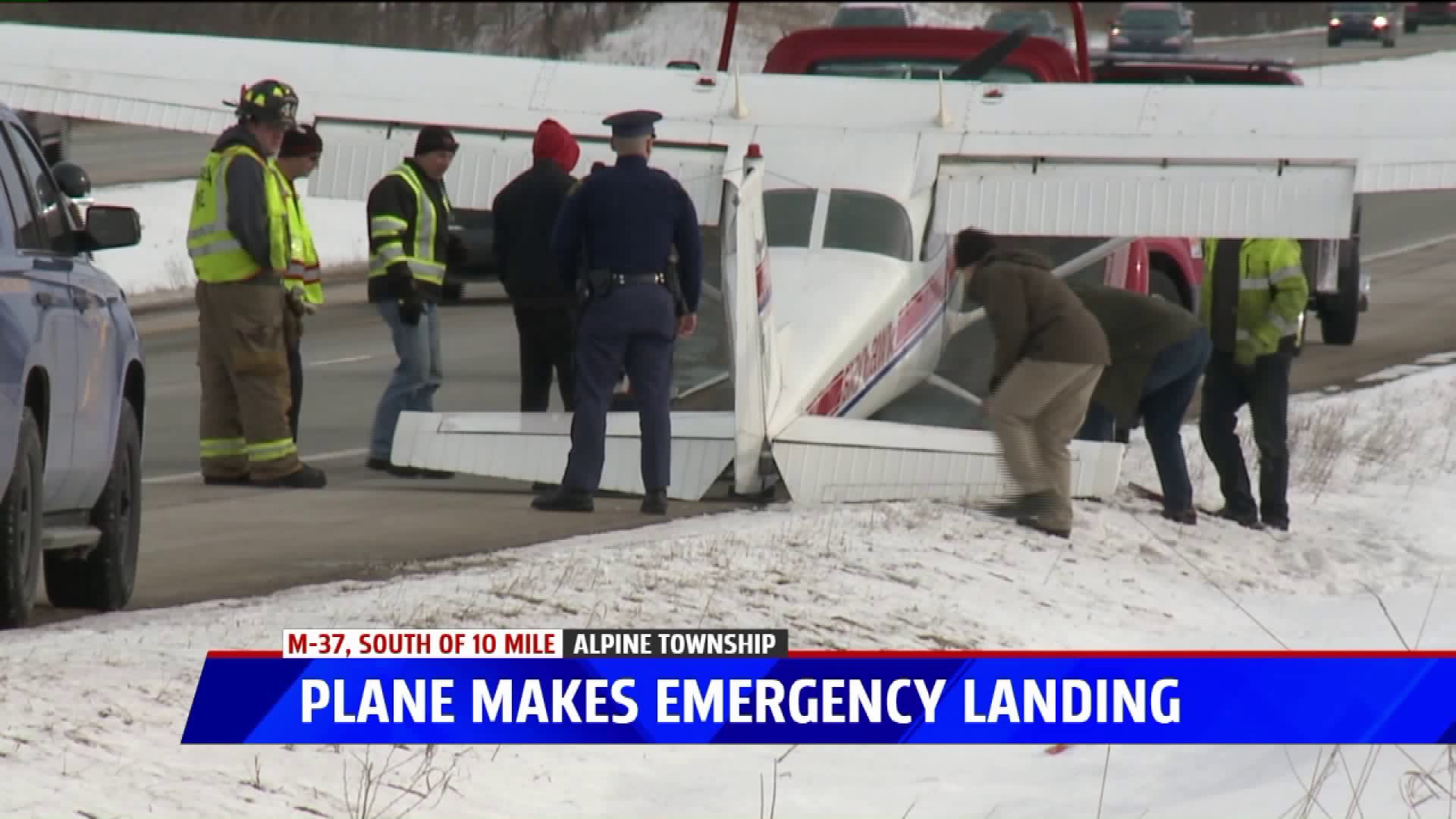 ALPINE TOWNSHIP, Mich. — It was a close call for a pilot in Kent County Thursday afternoon when he and a man he was training were forced to make an emergency landing on a stretch of M-37.

Steven Chanter has almost 20 years of flying experience. While he’s experienced engine issues and emergency landings before, he’s never experienced anything like this.

Around 4 p.m., drivers in Alpine Township were greeted by an unfamiliar sight on M-37.

"I was so surprised," said Cindy Muller, who witnessed the landing. "She says ‘Is that thing going to crash?' Because it didn’t occur to me that’s what it was going to do. 'It’s going to land, it’s going to land,’ she says.”

The engine of flight instructor Steven Chanter’s Cessna 172 went out mid-flight on his way back to Sparta Airport. Chanter and a pilot-in-training were only about a mile and a half from the landing strip.

"We were headed back to Sparta to finish up for the day," said Chanter. "We were descending down and got to the altitude that we needed to get to be in the traffic pattern, and the engine started running rough, and the student said, 'Hey something’s not quite right.'”

Chanter did some checks and noticed his oil pressure was at zero, then something else went wrong.

"Very shortly thereafter, the engine completely stopped which made that decision very easy for me," said Chanter. "We needed to land, and it was going to be on M-37, which was right in front of us. We had actually been practicing engine-out maneuvers that day and didn’t realize that we could be practicing one for real.”

Chanter had to maneuver over some power lines and underneath traffic signals. Luckily, a red light at the 10 Mile Road intersection gave them an almost clear landing area on M-37.

"There was one car sitting at the light in the left lane, and we passed it on the right," said Chanter. "They probably have quite a story to tell their family, too."

Chanter landed the plane on the road safely, and neither he nor his trainee was injured. The plane isn't damaged.

He says he’s thankful it turned out the way it did.

"Fortunately the Lord said, 'Hey this is where you’re going to land', and fortunately I didn’t make the turn and go towards the airport," said Chanter. "There’s no way we would’ve made it.”

Chanter says the Federal Aviation Administration and a mechanic on Friday are going to take the engine apart to look and see what was wrong with it; he said the engine was leaking oil.

Traffic on M-37 was pushed to one lane for about 45 minutes and was reopened in both lanes before 5 p.m.