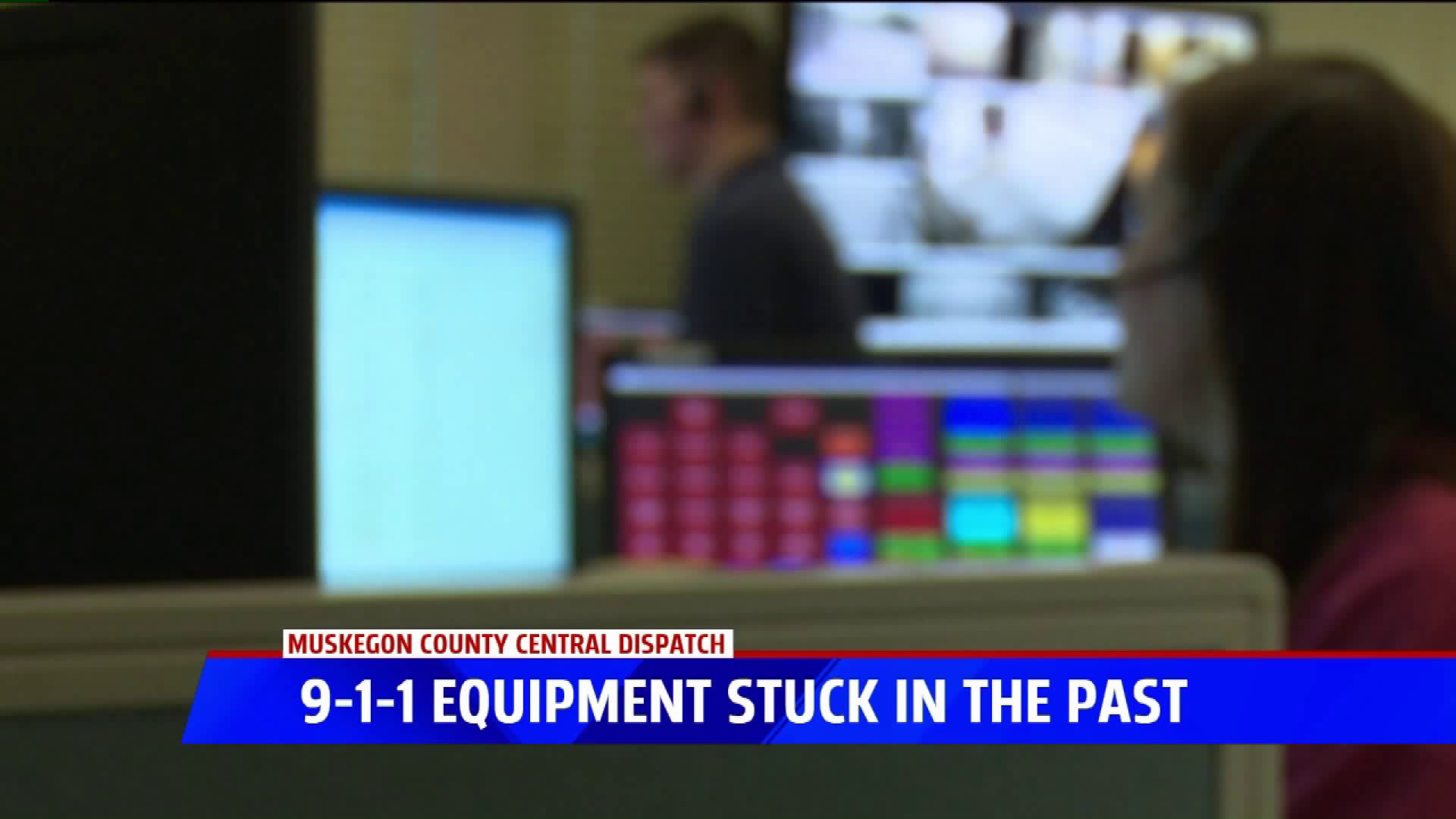 MUSKEGON, Mich. — Muskegon Central Dispatch oversees all 911 the calls in Muskegon County, but their analog system is dying, and it's scary for first responders.

Communication to dispatch from police and fire is often not understandable because of static on the lines.

“We have to repeat radio traffic in a moment where seconds count,” Muskegon Heights Fire Chief Christopher Dean said. “That could potentially be the difference between life and death."

They're proposing a surcharge for the May ballot to ask voters to increase the amount of money they currently pay to $2.75 for the next 13 years for each Muskegon County phone line. That money will go directly to replacing communication systems.

The systems can't be repaired because they are analog, and the parts aren't made anymore, a problem that's become increasingly apparent over the years for departments across the county.

“People say how did it get this bad?” Muskegon Township Fire Chief David Glotzbach said.

“You don’t realize it, because you learn to live with it. A lot of us first responders have found ways to work around it.”

Including calling 911 themselves. Sometimes, it's faster for first responders to call 911 in an emergency on their personal cell phones than it is to navigate the broken system.