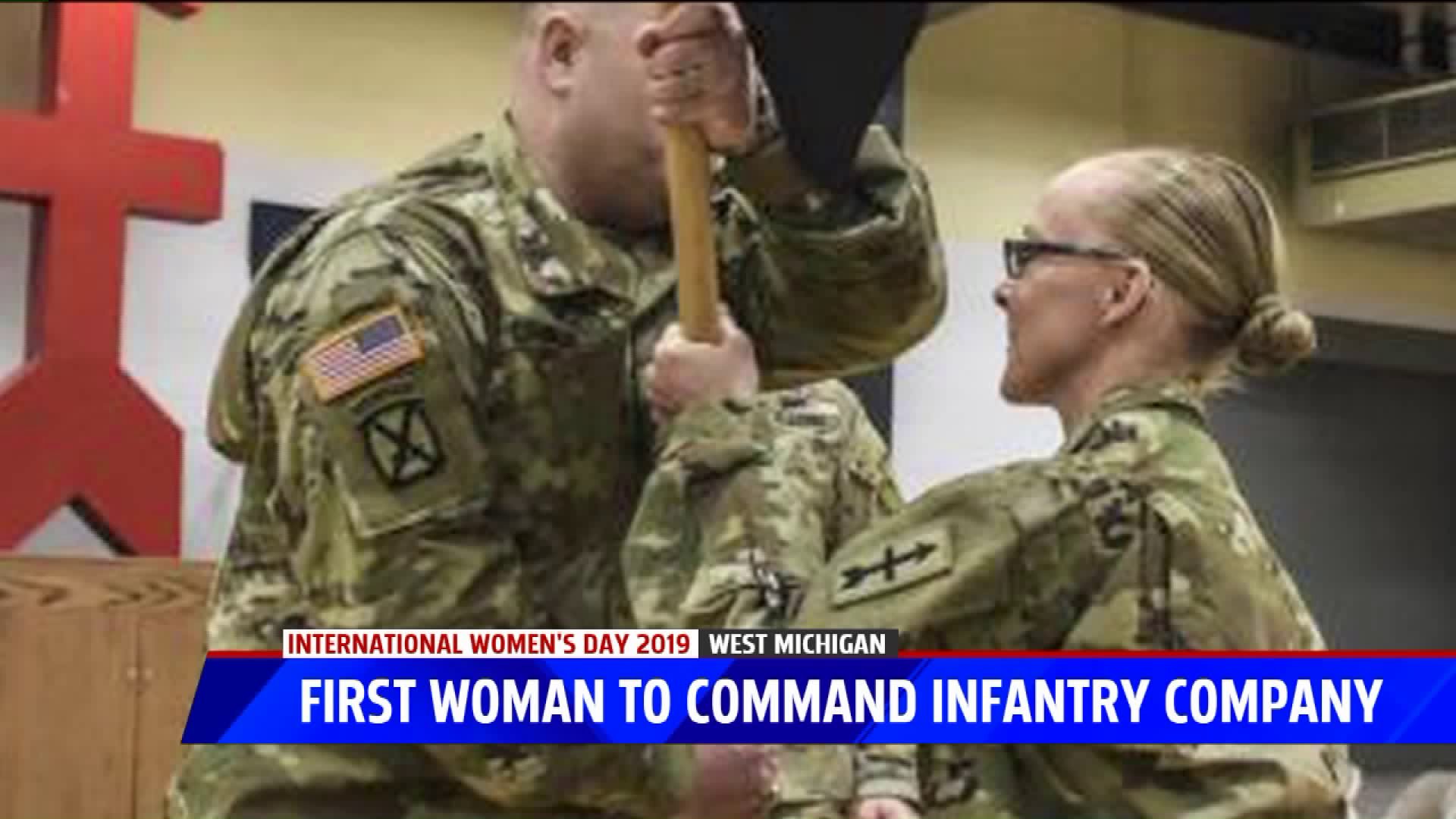 WYOMING, Mich. — Capt. Amie Kemppainen’s journey to become the first female commander of an infantry company has been hard-fought.

Last week, Kemppainen assumed command of the Michigan Army National Guard’s Bravo Company, 3rd Battalion in the 126th Infantry Regiment. She says the accomplishment has been in the making for over 25 years.

“If I’m not willing to do it myself, then I shouldn’t be asking anybody else to do it," Kemppainen or "Captain K" says is her motto.

It's something she's lived by, proving time and time again that she's willing to put in the work to keep up with the men.

When Kemppainen joined the military, she faced extra hurdles from day one.

She originally wanted to serve as active duty military police, but the recruiter at the time told her that wasn't going to happen because she was too short. That's something Kemppainen laughs at now.

She ended up being an administrative clerk and then joining the National Guard. In the early 2000's, when things in the Middle East got more dangerous, so did her duties.

“If we were gonna deploy, I didn’t want to do paperwork," Kemppainen says. "I wanted to go actually be outside the wire, so I became a truck driver much to the surprise and chagrin of some folks I could reach the pedals.”

Kemppainen was deployed to Iraq in 2004 where she worked as a truck driver. It was then that she decided to become an officer. Since then, she's worked her way up the ranks to become the first female company commander in the Army National Guard.

“Really I never set out to be the first," Kemppainen says. "I just wanted to crack the code and work through the nuances or issues so that anyone that comes beside me or behind me doesn’t have to do that legwork and the other side of that is, it’s a whole team of people. It isn’t me by myself.”

As the first female, there are a lot of people watching her every move and every mistake but Kemppainen says there's one set of eyes that means the most.

“Well to be quite honest, I never set out to be anyone’s role model other than my daughter’s," Kemppainen says. “And at one point she wrote me a note in her book at school and it said, ‘you can do it. I believe you can be an infantry officer even if no one else does. Keep doing work, do hard work. Don’t quit.’”