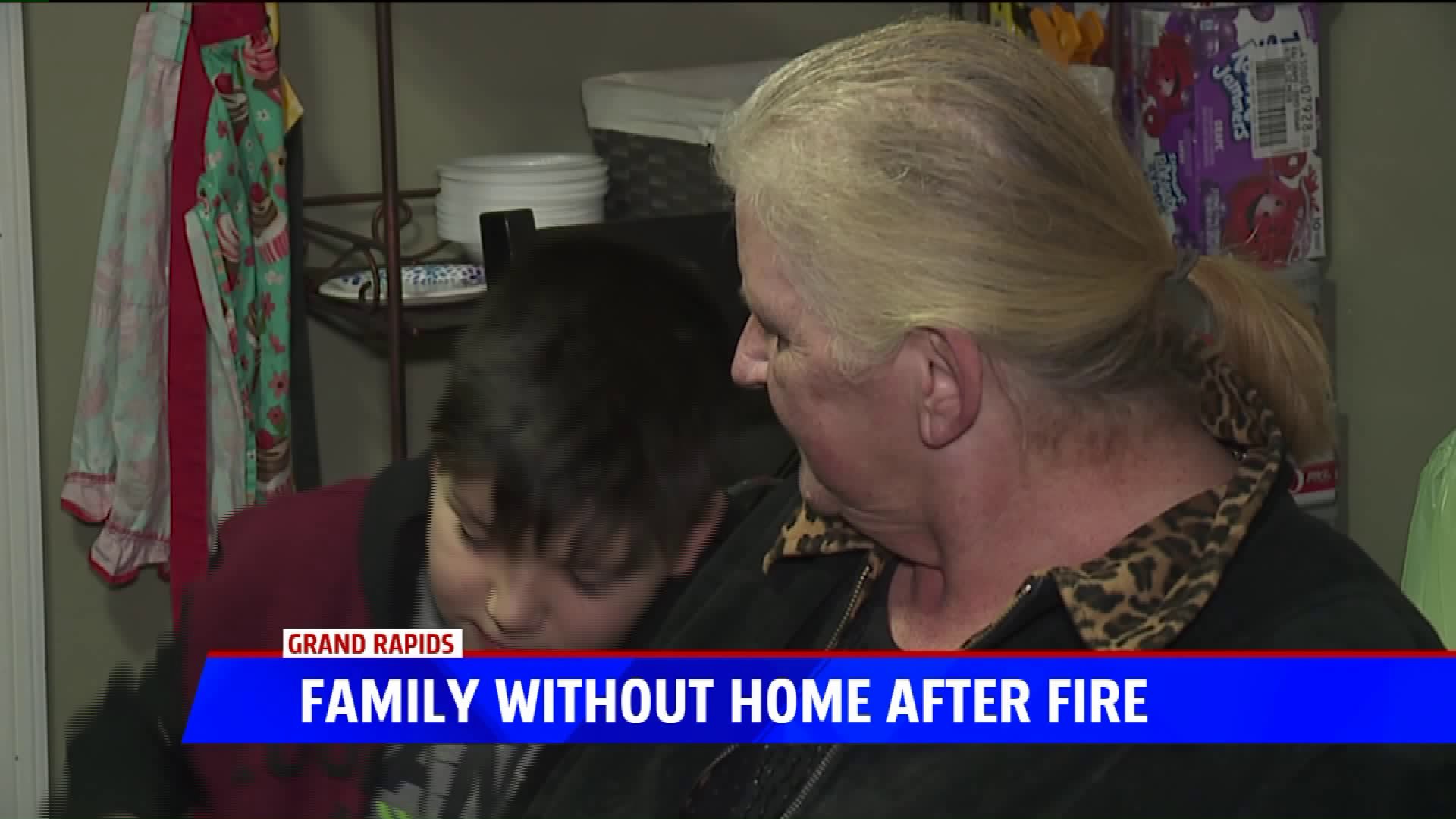 GRAND RAPIDS,Mich.--A Grand Rapids family is without a home tonight after a raging fire Thursday.

Family members tell us they woke up in a panic to a loud explosion, one that, days later, still haunts them.

"I heard a loud boom," says Pedro Berlanga, the patriarch of the family who was home with his daughter when the fire started.

Pedro and his daughter were asleep in their rooms when a loud explosion woke them up.

"I thought it was outside and I went outside to check what happened but when I see nothing I go back into the house and then I see the smoke coming," says Berlanga.

Pedro's wife, Conny returned home Thursday evening after a doctor's appointment only to find the memories they'd created for 30 years turning to ash.

"30 years in the same house I loved it there. My backyard was so cute, now it's not. I don't like going back there now it just breaks my heart," says Conny.

The Grand Rapids fire department tells us when they arrived to the scene they were able to get residents and all but one pet out of the home.

But, the house itself is a total loss, leaving the Berlanga family with nothing but the clothes on their backs and each other.

"I have no idea right now what we're going to do," Conny says.

The family did get some assistance from the red cross but is trying to start looking for another home and get back on their feet if you'd like to help stop by this link to their Go Fund Me page.

The fire chief tells us they believe the fire started on a small couch near the bed in one of the bedrooms but they are still trying to determine how it was ignited. They want to remind folks that as you change the clocks tonight for daylight saving remember to go ahead and change the batteries in your smoke detectors.

It could help save your life.