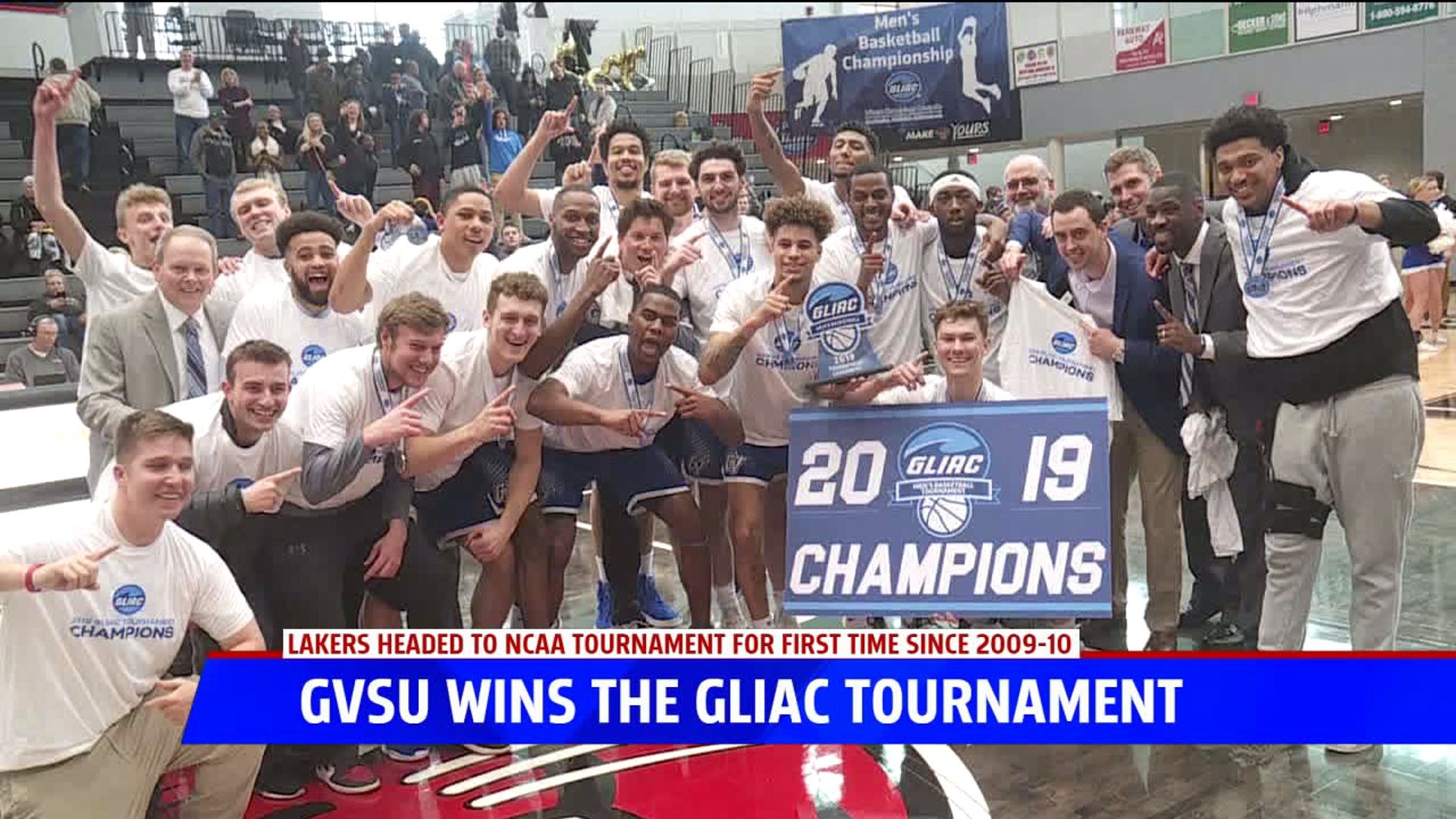 GRAND RAPIDS, Mich -- It's a bit of an underdog story as No. 7 Grand Valley defeated No. 1 Davenport, 80-70, in a thrilling GLIAC championship game.

The Lakers will head to their first NCAA tournament since the 2009-10 season.

Head coach Ric Wesley and junior guard Hunter Hale joined us in-studio to recap the win over Davenport and look ahead to the NCAA tournament.