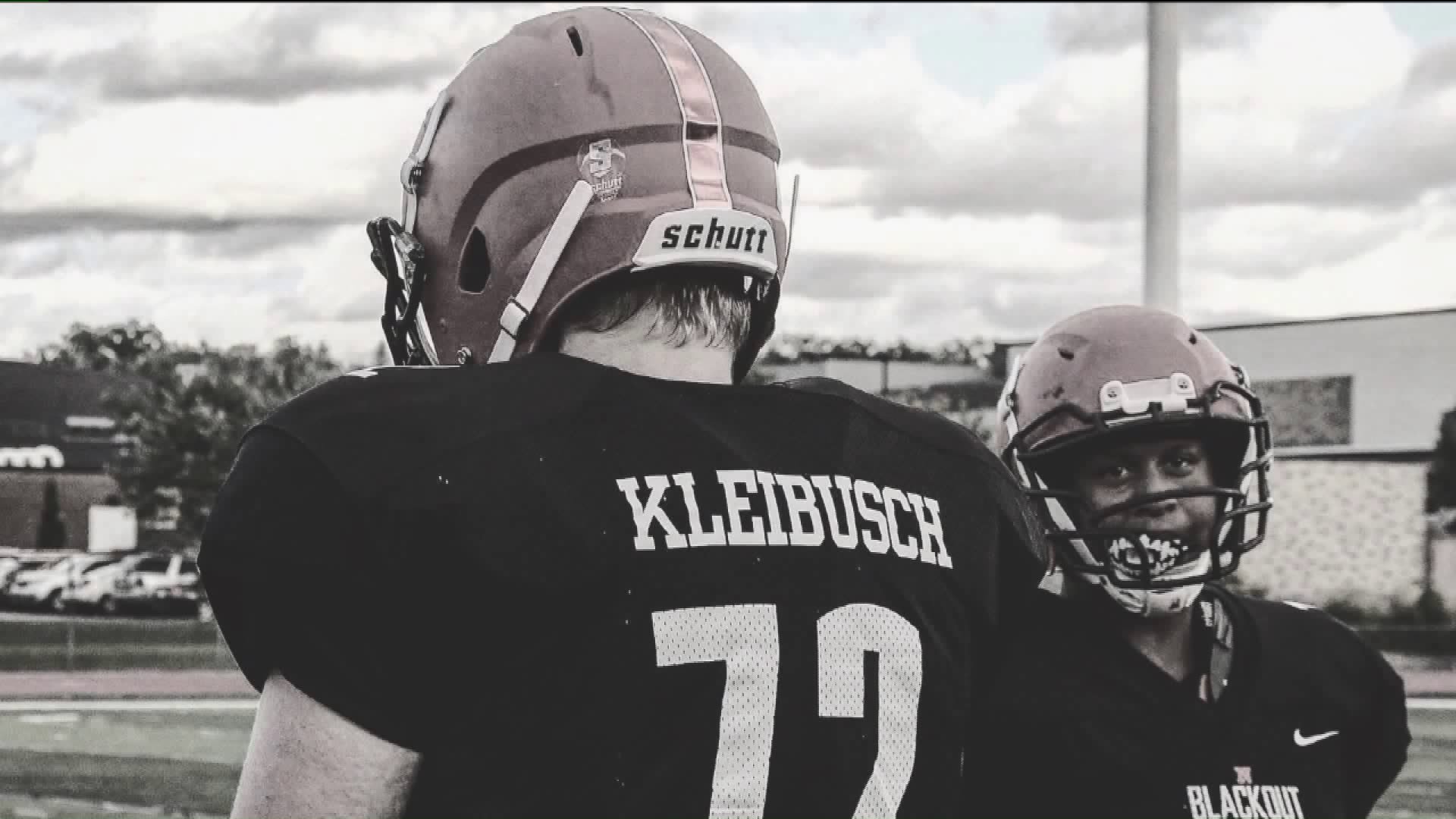 GRAND RAPIDS, Mich. -- Imagine being an athlete and at 14 years old being told you would never be able to play your favorite sport again.

That is the reality for Schuyler Kleibusch, who was diagnosed with a type of blood cancer when he was just a kid.

Kleibusch was a football player for Northview High School in Grand Rapids until doctors discovered the cancer and told him he wouldn't be able to play anymore.

He says as a kid it was hard to make sense of all the restrictions you have for yourself after a diagnosis like that, saying he is thankful for all the work the Children's Miracle Network puts in to make patients feel at ease, from bringing him snacks and games in the hospital to donating money to help with treatments.

"The children's hospital does a lot of things for a lot of people, and I think it's truly a great thing what this foundation is doing," Kleibusch said. "It makes people feel a little more like home, makes people have that sense of hope instead of just sitting there and not have anything, reaching out to them, saying it's going to be okay. And I think that's the most important part."

Tuesday's free pancake day at IHOP is actually to raise money for patients like Schuyler.

IHOP will be giving away a free short stack of pancakes from 7 a.m. to 7 p.m. Tuesday and, in turn, is asking for donations to the Children's Miracle Network.