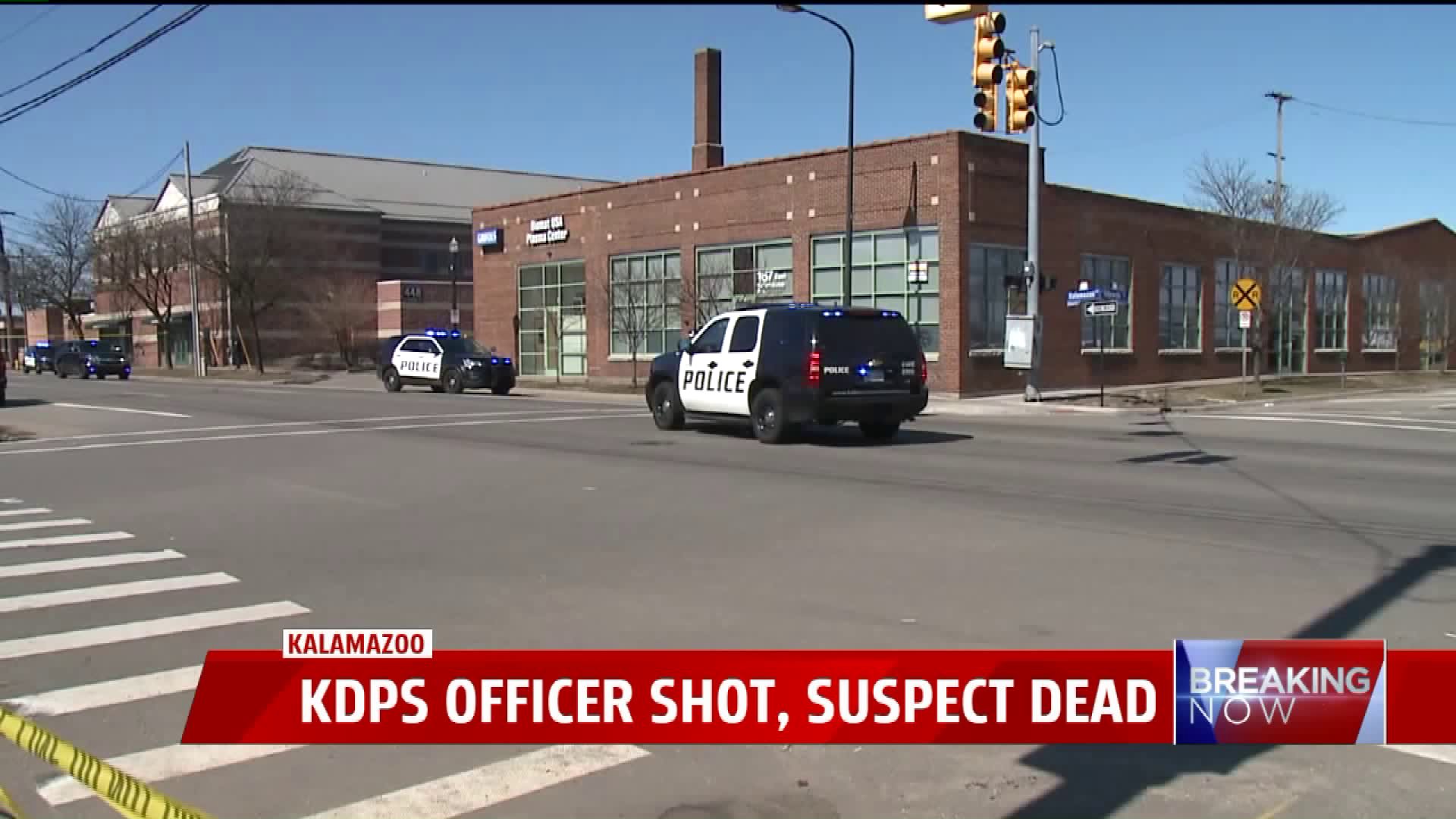 KALAMAZOO, Mich. — An officer with the Kalamazoo Department of Public Safety was shot late Tuesday morning and was saved by his bullet proof vest.

Police were called to the 100 block of East Kalamazoo Avenue at about 11:30 a.m. on reports of shots being fired. The suspect, an employee at Biomat USA, fired on the officers when they arrived, hitting the one officer in the torso. That officer was taken to Bronson Hospital where he was treated and released for his injuries. The second officer was not hurt.

The officers returned fire and struck the suspect. The suspect was pronounced dead at the scene.

Chief Karianne Thomas says they believe that the suspect intended to draw police in to the business to shoot at them.  The investigation is continuing.  The suspect's name has not yet been released.

Loretta Woods was at Biomat USA Tuesday during the shooting.

"I was sitting there starting to pump and all of a sudden it sounded like a medical hospital trey fell on the floor — and it was actually a gunshot," she said. "Before that I hear something about 'call 911.'"

Woods said the employee unhooked everyone from the medical equipment and guided them out of the building.

"We all got out and went to walk from the back of the area, the side-area to the front ... and as I was walking across the parking lot, all of a sudden I heard like 10 shots go off and I got in the van and they started pulling one of the officers out.

Woods, who said she gives plasma twice a week, said she is afraid to go back to Biomat for a few weeks following Tuesday's incident.