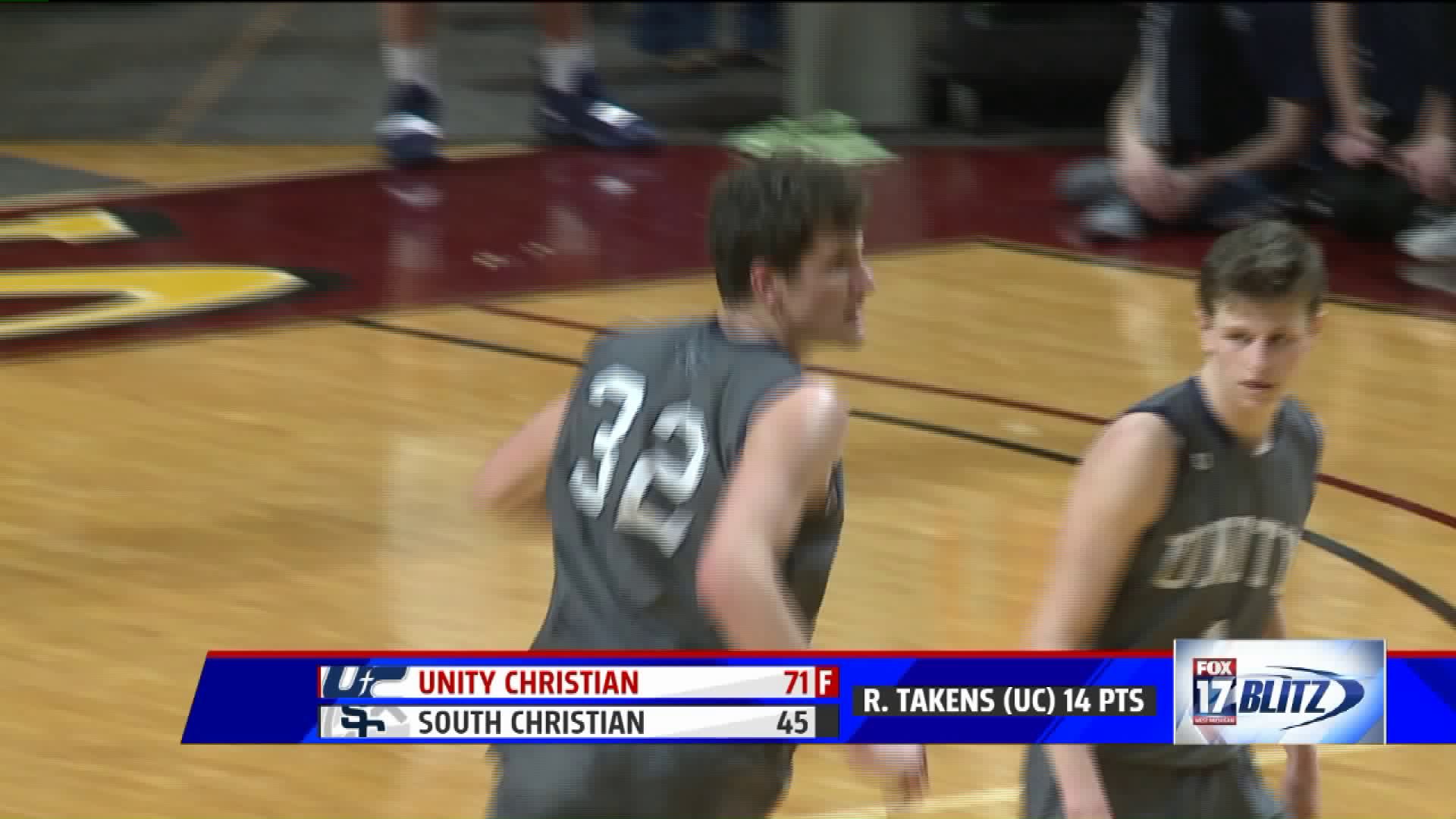 GRAND RAPIDS, Mich. -- It was a soldout VanNoord Arena on the campus of Calvin College on Tuesday night for the second meeting of Unity Christian and South Christian. The Crusaders would finish the first half on a 16-5 run to help them cruise to a 71-45 victory.

"Our coaches prepared us well, and we took it at them," said senior guard Noah Wiswary. "It worked out well."

Wiswary was impressive in the win, scoring 15 points and recording eight assists.

"He has just stepped up his game over the last few weeks," head coach Scott Soodsma said. "It's just been amazing. He's our leader. We give him the ball, and we want it in his hands, and you see how he runs the break. Kids know that if they are out there, he's going to get it to them. He's been a special player for the last few weeks through the tournament, and there is not a kid that deserves it more. he's put a lot of time into the game. It's finally paying him back, and that is awesome to see."

The Crusaders are now on a 20-game winning streak and will face 14-10 Ludington at 5:30 p.m. on Thursday night at the Breslin Center, as they look to follow in the football team's footsteps as state champions.