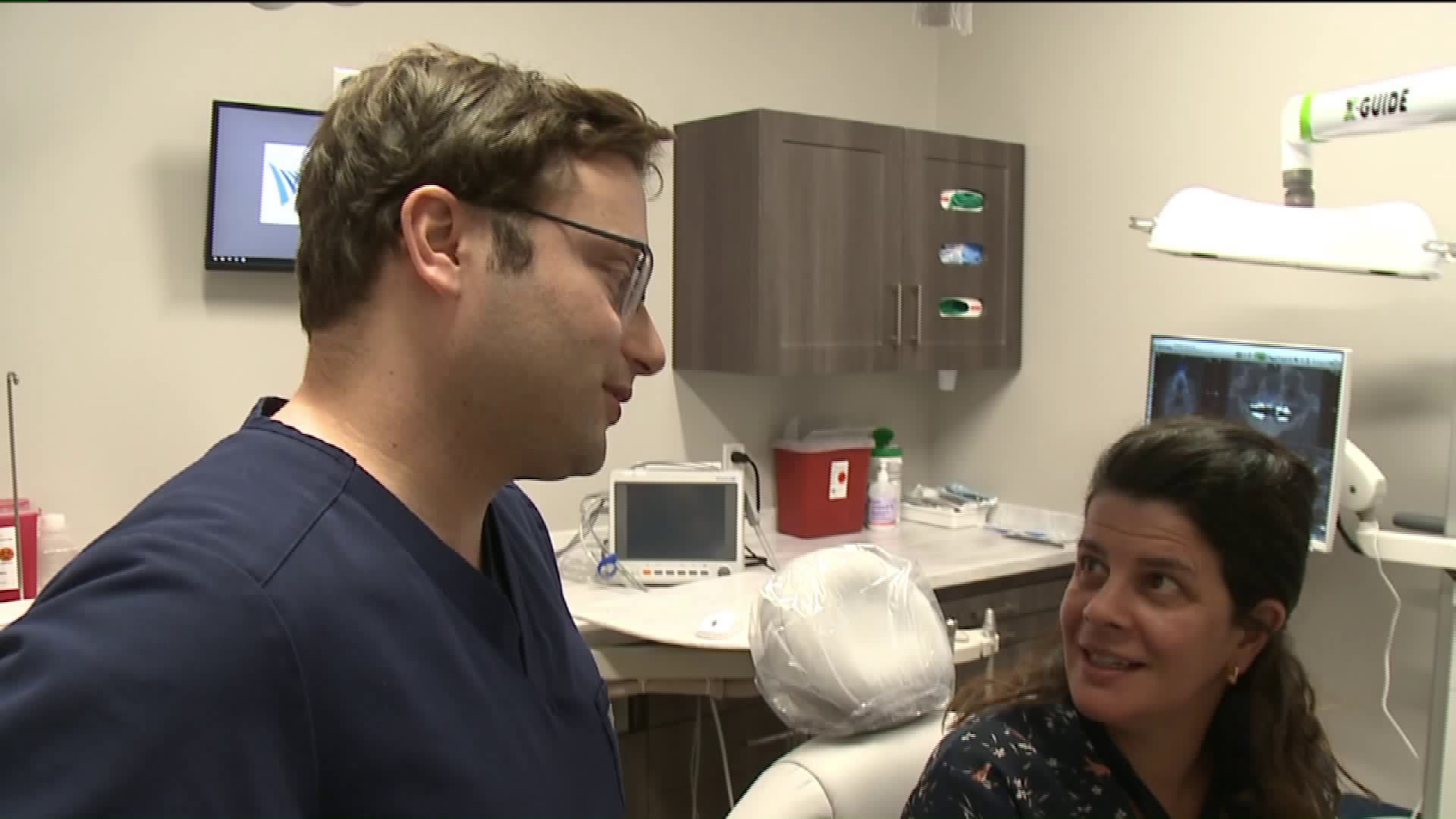 KENTWOOD, Mich. — A Kentwood dental office is the first in the state to use cutting-edge technology to help ease the recovery of surgery.

Dr. Mark Jesin at Advanced Oral Surgery and Dental Implant Studio is the first dentist in the state to use X-Guide, technology that uses a camera to determine where an implant will be placed.

"Traditionally, when we place implants we make an incision to expose the bone and we’re drilling, but we’re not really seeing exactly where we’re going,” Jesin said. “So, we’re hoping that we’re getting the implant in the space that we want it to be right in the best place in the bone, but we have no way of telling that until afterwards when we take a scan, and sometimes it’s not there."

To use X-Guide a clip is placed in a patient’s mouth during a scan, and a camera picks up on the clip to help the surgeon determine the most precise place for them to drill and place the implant.

“I place the implant exactly on her jaw bone on the CT scan, in the most accurate, precise place for her eventual tooth and restoration there, and then that plan is basically transmitted and guided by the camera to be done exactly at the time of surgery,” Jesin said.

Jesin says it is the most precise and minimally invasive way of placing an implant.

On Wednesday, Cladilane Nascimeneto was proof of that after she received the surgery for a tooth she lost 20 years ago.

Twenty minutes after surgery, she was sitting up and ready to continue her day with a brand-new smile.