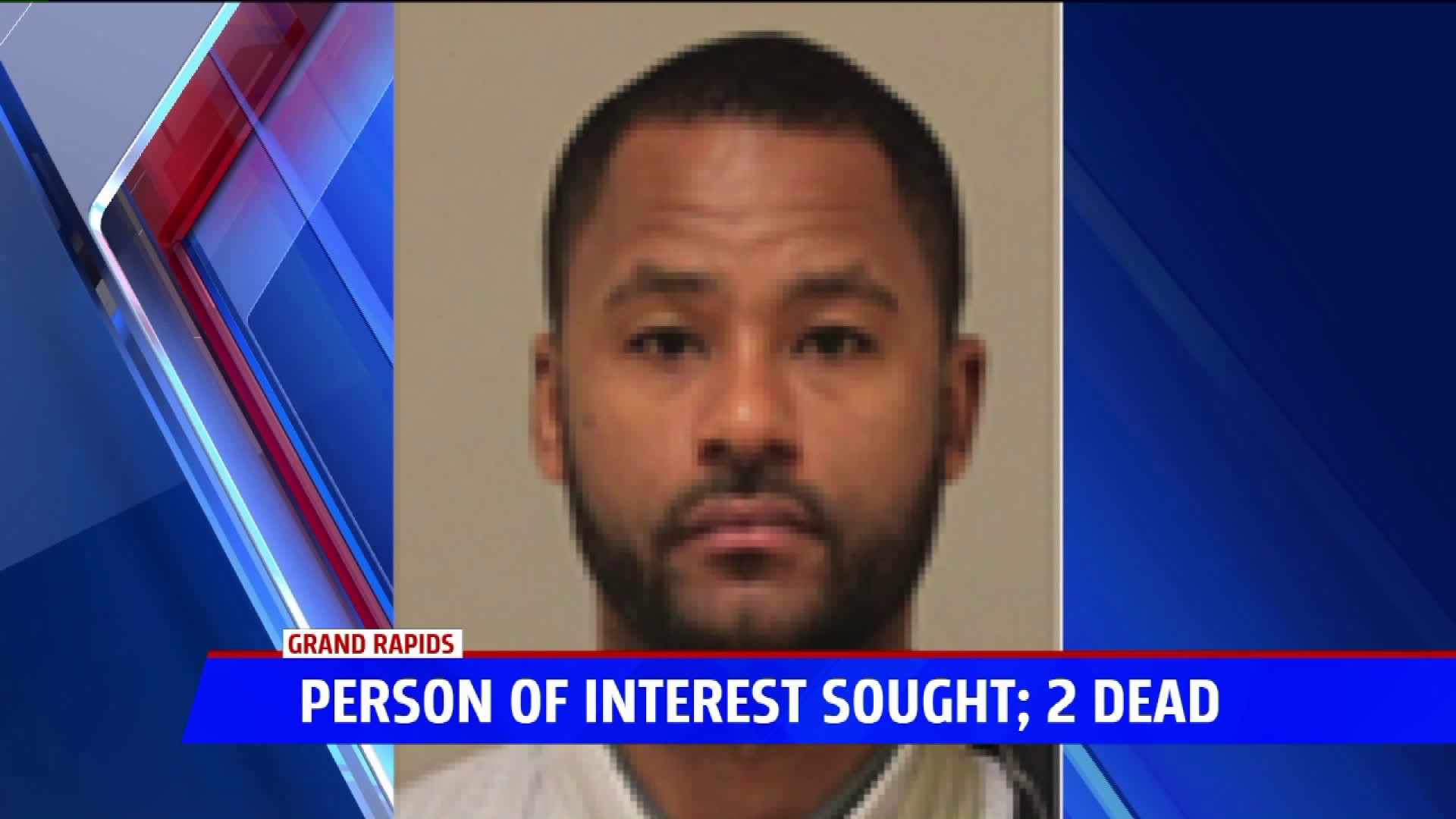 GRAND RAPIDS, Mich. — Police are seeking a person of interest who is believed to be involved with the deaths of two people.

Two bodies were found Wednesday inside a home in the 500 block of Sheldon Avenue SE in Grand Rapids. Police haven't released any information surrounding the circumstances of their deaths.

Derrell Brown, 45, has been named a person of interest in the investigation. Police describe him as standing about 5-foot-8 and weighing 180 pounds.

Police say Brown has used a number of alias names in the past, including Darryl Robinson, Carter Brown, Derrick Brown, Michael Richardson, Marcus Wright and Jay.

Brown has multiple warrants for his arrest that aren't related to the death investigation and is considered armed and dangerous.