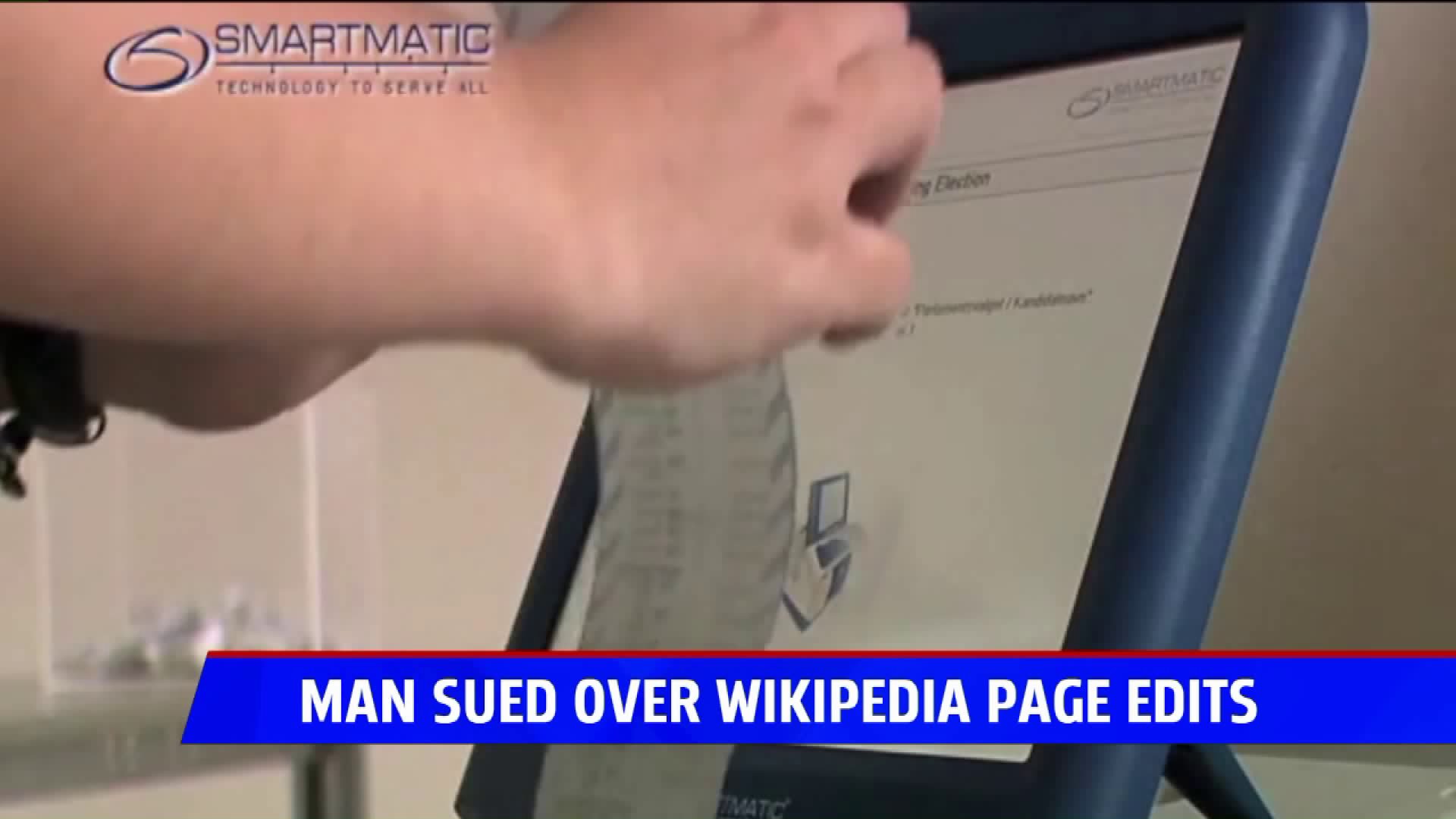 WYOMING, Mich. — A company that manufactures and maintains voting machines across the world has filed a lawsuit against West Michigan man, alleging a conspiracy to defame their business.

Smartmatic is currently based in Boca Raton, Florida. They say in the recent federal court filing that their company's mission is to "increase integrity in the democratic process through enhanced citizen engagement and trust in election systems."

They have provided election machine services in over 27 countries,  including 307 jurisdictions in the United States.

The company claims a young man living in Wyoming, Michigan, is working with an unnamed special interest group to tarnish their reputation. They allege this group of individuals was paying the Michigan man to edit the Smartmatic Wikipedia page, providing him "false and/or one-sided" information about the company to do so.

The man is named in the lawsuit. FOX 17 is choosing not to identify him at this time.

As a testament to their reputation, Smartmatic mentions a moment within the lawsuit in 2012 where former President Jimmy Carter heralded their success in Venezuela, saying, "as a matter of fact, of the 92 elections that we've monitored, I would say the election process in Venezuela is the best in the world."

Between 2004 and 2017, Smartmatic provided services in Venezuela to help administer national elections.  They say following the July 2017 election there, they determined that election officials had interfered with their process.  They pulled out of operations in Venezuela following the incident.

Smartmatic says in the lawsuit that an unnamed "special interest group" started working in 2013 to attack the reliability of the voting machines that were being used in Venezuela.  The lawsuit is concerned with this unnamed group allegedly using different publications to distribute negative information about the company.

The Wyoming man, also identified in documents as Wikipedia user 'Zialater', is alleged to have been paid about $1,000 over two years by the group for making edits and contributions to the Smartmatic Wikipedia page. The lawsuit alleges that 'Zialater' is responsible for 33 percent of all the edits made to the company's page.

Ultimately, the lawsuit outlines several edits allegedly made by the Wyoming man that they say insinuate some sort of connection between Smartmatic and the Venezuelan government.

Smartmatic is asking the court to force the man to remove the information they say is inaccurate.  The man has a special 'badge' on his Wikipedia account which allows him to request a protected status for posts he contributes to.  Smartmatic alleges that is the reason they cannot update the page with accurate info on their own.  They are also seeking monetary damages.

According to verifiedvoting.org, no machines produced by Smartmatic have been used in Michigan in last 12 years.  The database only goes back to 2006.  It is unclear if they were used in the state prior to that.