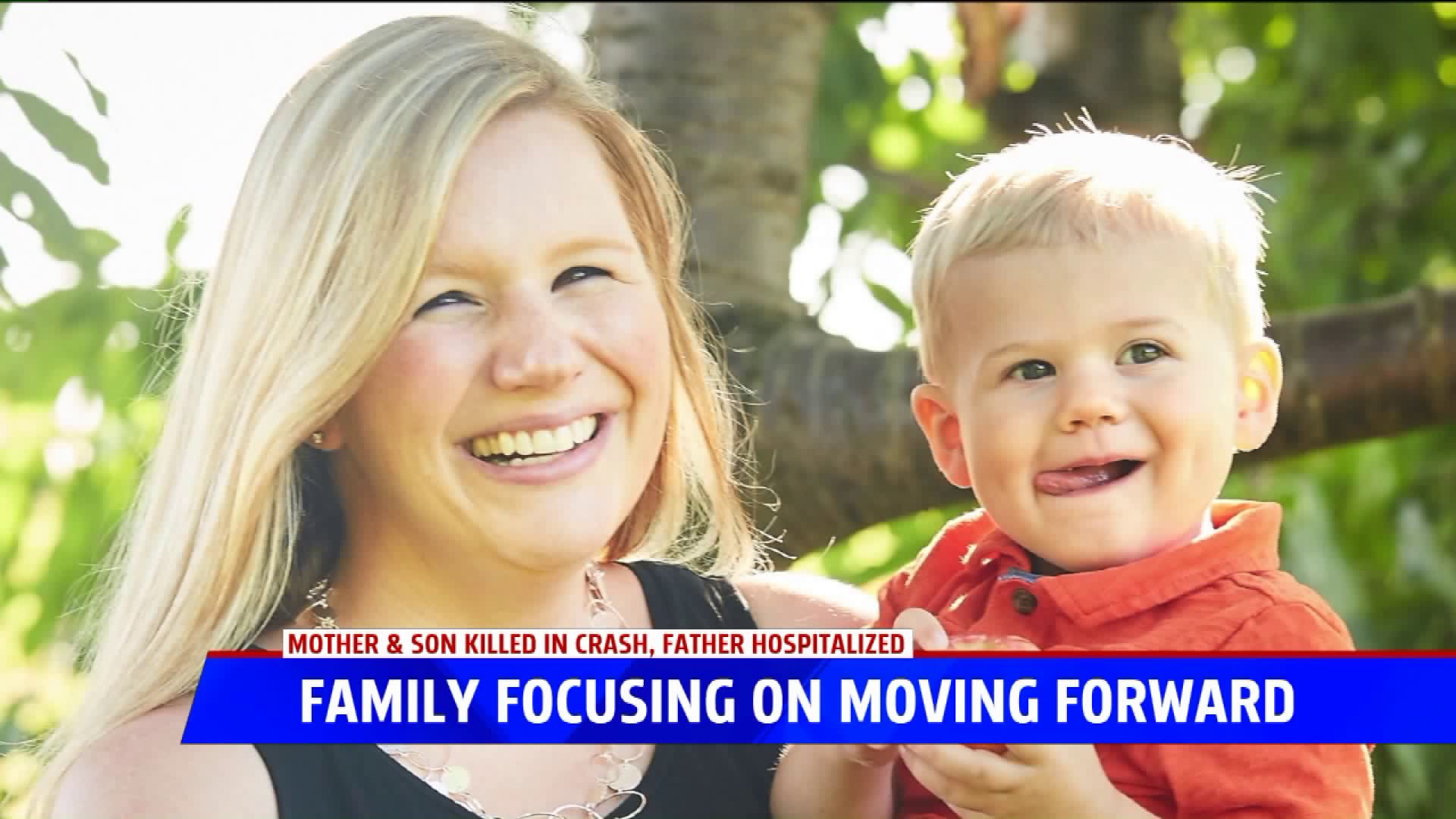 LOWELL, Mich. — A Lowell family is trying to move forward after a crash claimed the life of a mother and her 3-year-old son.

The crash happened Saturday night on westbound I-96 in Clinton County when the family was driving back from Anne Arbor. Police say another vehicle coming eastbound hit them head-on.

Dana Lahaie was killed in the crash, and Reed Lahaie died a few days later. Ryan Lahaie, Dana’s husband and Reed’s father, is in critical condition in a medically-induced coma at a Lansing hospital.

His injuries were so severe he's been unconscious since the crash, unaware of what happened to his wife and son.

“It’s going to be a long, long healing process for him. Being sedated and the surgeries that will take place for the broken bones, arms and legs and so on,” says Chris Brown, Ryan Luhaie's uncle.

Brown says Reed was an organ donor and that Gift of Life helped the family heal a little.

Funeral arrangements for Dana and Reed are on hold while they give Ryan some time to come out of his coma. The other driver was also in critical condition.

The family has created a GoFundMe to help cover the cost of medical bills.