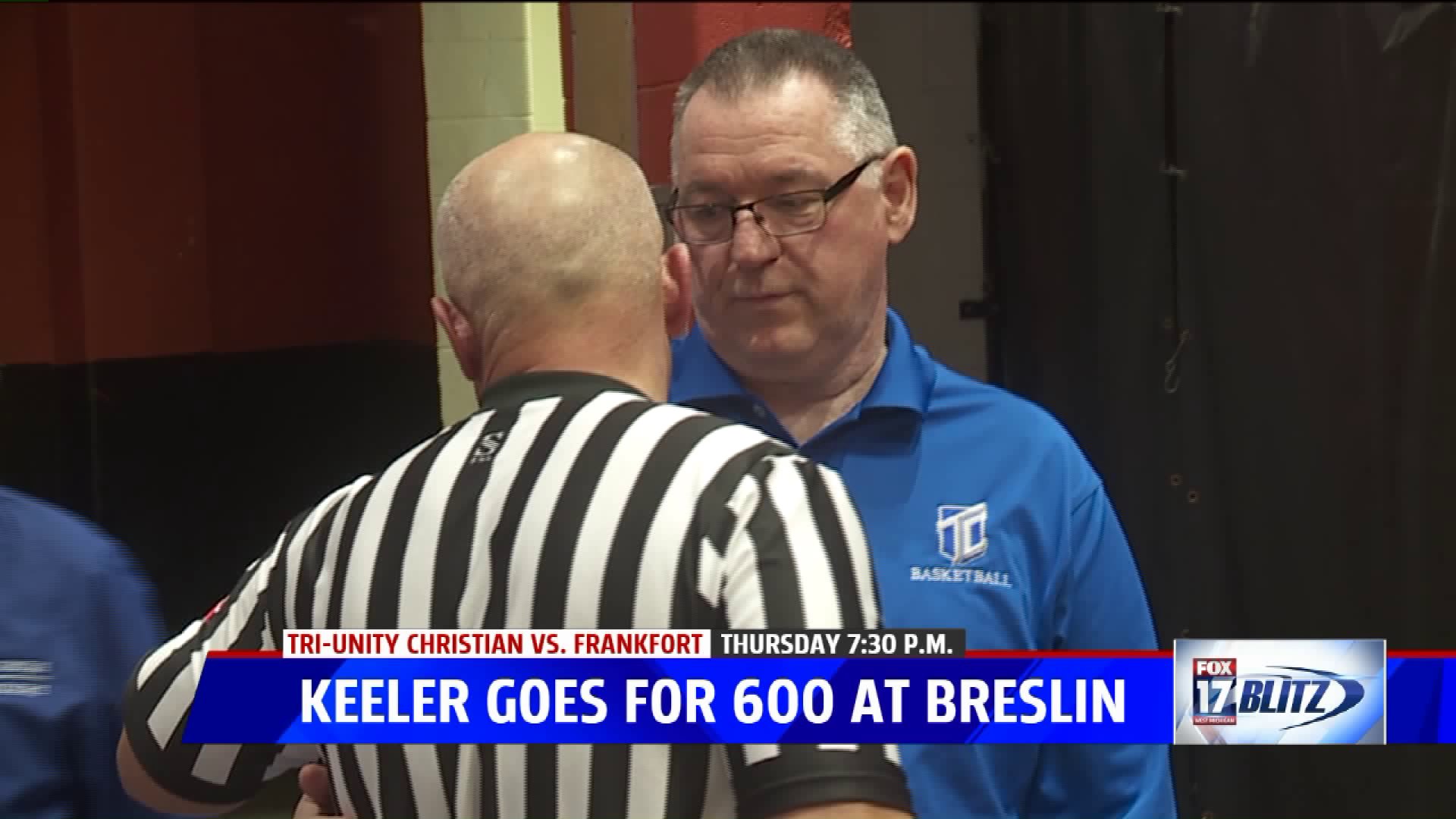 Tri-Unity Christian plays Frankfort in a division 4 state semifinal Thursday night at 7:30 at the Breslin Center

WYOMING, Mich -- Only nine boys basketball coaches in the state of Michigan have 600 career wins, Tri-Unity Christian head coach Mark Keeler can become the tenth Thursday as his Defenders take on Frankfort (20-5) at the Breslin Center in East Lansing in a division four state semifinal.

"Every year it is a new team and a new kid" Keeler said Tuesday night after his team beat Bellevue in the quarterfinals.  "When you have been someplace as long as I have at Tri-Unity, this is my 32nd year, it is not about wins and losses, I don't care about that, it is about developing young men, Godly young men and helping them grow to be good examples in our community."

The winner of Thursday nights game will advance to the division four championship game Saturday morning at 10 a.m. against the winner of Dollar Bay (23-4) and Southfield Christian (19-6).