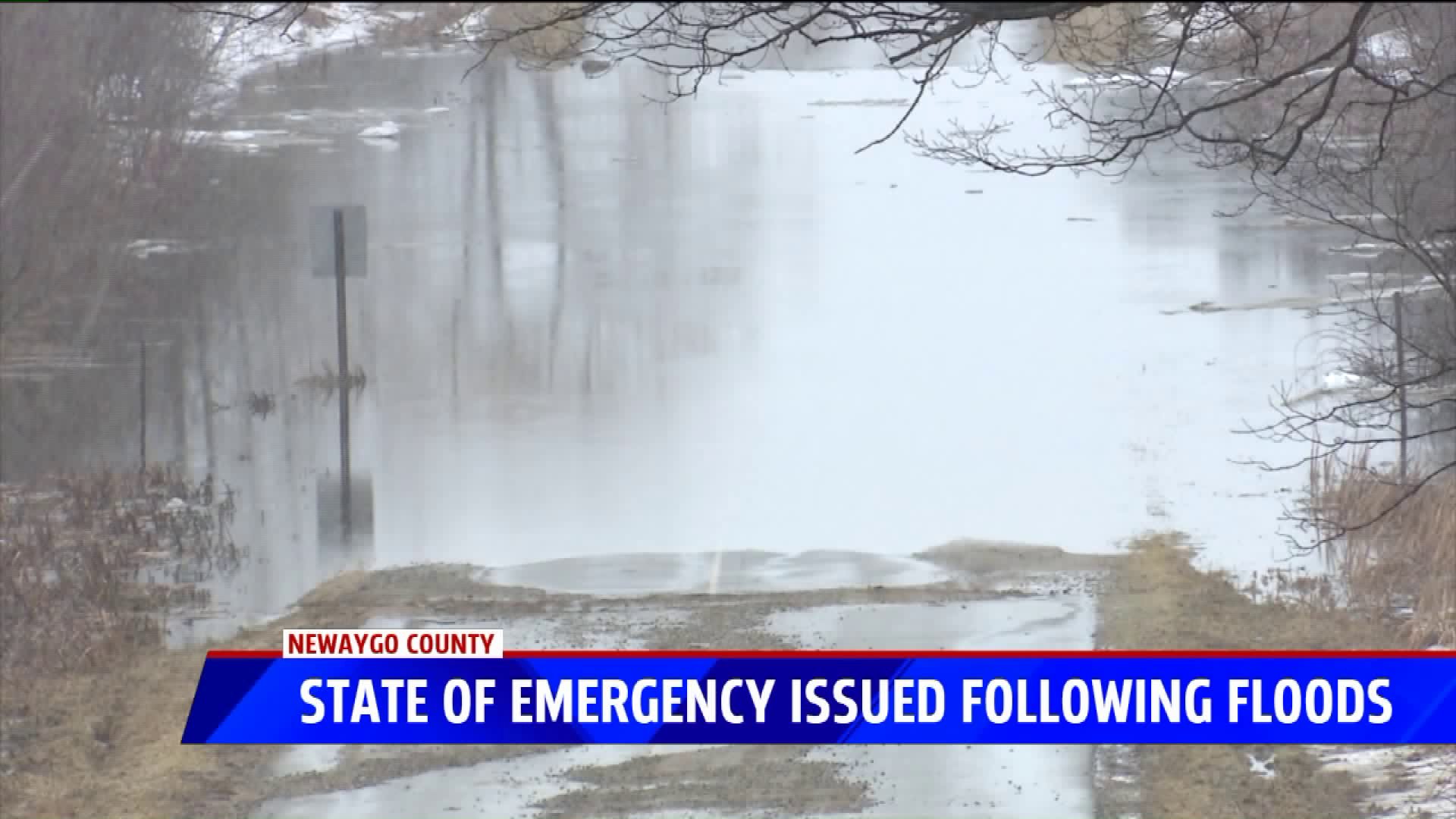 NEWAYGO COUNTY, Mich.  -- With several roads washed out and dozens of families displaced from their flooded homes, Newaygo County officials wasted no time in declaring a local state of emergency.

And the problem could get a little worse before it gets better. The National Weather Service says more than an inch of rain fell in the county, which - combined with snowmelt - is causing the Muskegon River to rise rapidly. The NWS predicted the river would rise to around 14.4 feet by Saturday morning, and won't fall below the 11-foot flood stage until late Wednesday morning next week.

Flood warnings were posted by the NWS for the Muskegon River near Croton, at Newaygo and at Bridgeton.

Although the Newaygo County neighborhoods along the river are no strangers to flooding, those whose homes are not in a flood plain told FOX 17 they were not prepared for this kind of floodwater.

"Sounded like a freight train was coming through our house," said homeowner Shela Evans about a sudden rush of water that caused her basement to cave in. "All the lights started going off from the back to the front, and I was on the phone with my contractor - and he said 'get out'."

Evans has lived in her home for more than a decade, but said she'd never seen anything like this. But she's not alone. Dozens of homeowners awoke to find buckets of water in their homes - or worse.

Newaygo County homeowner Rob Warnas said, "There was eight inches of water in here, and it just started happening, it happened really fast."

Watkins says officials are expecting homes along some areas of the Muskegon River to get water in them, if they haven't already, as the river rises.

She says the State of Emergency declaration allows the county to enact emergency plans and "gives us some emergency protective measures that we can implement, help homeowners if they need sheltering, evacuations." And she advises, "Take all the help people offer you because you don't know when it's going to come again."

If you have damage to report, you can go to the Newaygo County Emergency Services website to report the damage and receive assistance.

Meanwhile, Watkins reminds people to avoid closed roads and not to drive on flooded roads.