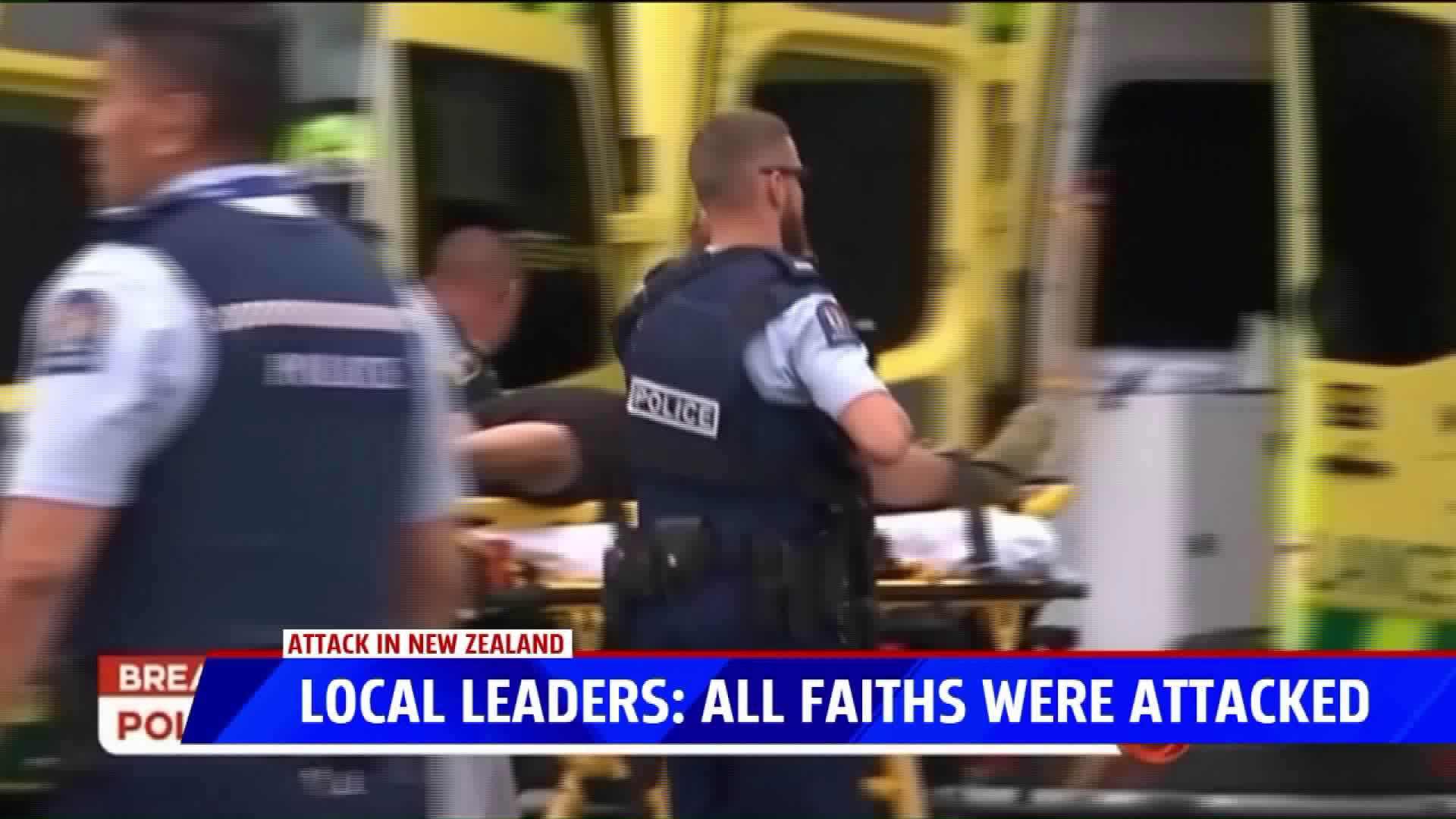 KENTWOOD, Mich. — Muslim community leaders in West Michigan are calling for peace among all religions after 49 people were shot and killed at two mosques in New Zealand.

The shootings happened during midday prayers Friday at two mosques in Christchurch, New Zealand. Dozens of people were hospitalized with gunshot wounds in addition to the 49 people who lost their lives in the attack.

The gunman in at least one of the attacks livestreamed 17 minutes of the shooting rampage and posted a 74-page manifesto on social media, and identified himself as Australian, according to the Associated Press.

“He wanted to make the Muslims feel that they are going to get hit any place around the globe … that’s his purpose,” said Dr. Ali Metwelli, chairman of the Islam Mosque and Religious Institute in Kentwood.

Imam Morsy Salem said incidents like what happened in New Zealand are bad for humanity.

“It’s not (bad) for Muslims only, but for everybody who’s supporting justice,” Salem said.

Salem wants Muslims around the world to be peaceful in their response to the tragedy.

“This is my message for all Muslims in the world, especially in West Michigan in Grand Rapids,” he said. “We have to control ourselves and to count what happened. This is a calamity from God and this is a trial from our God to put up and a trial to see how we will react ... not to return back in (a) rude way or in the same way that people treated us.”

Metwelli says the community will stick together.

“We have interfaith community that we connect all together,” Metwelli said. “You know, the first message I got this morning was from Rabbi Michael Shadick from Temple Emanuel, so we are, we’re one.”

He said the organization would do the same for those of other faiths.

“We do the same thing for the Jewish community, for the Christian communities, and you know, we’re all human,” Metwelli said. “The relationship between us and God, it’s an individual and it’s all about peace and love.”

A man has been arrested and charged with murder and two other suspects were taken into custody while investigators try to determine if they played a role in the attacks.

**The Associated Press contributed to this report.**