Man captures video of tornado that blew off his roof 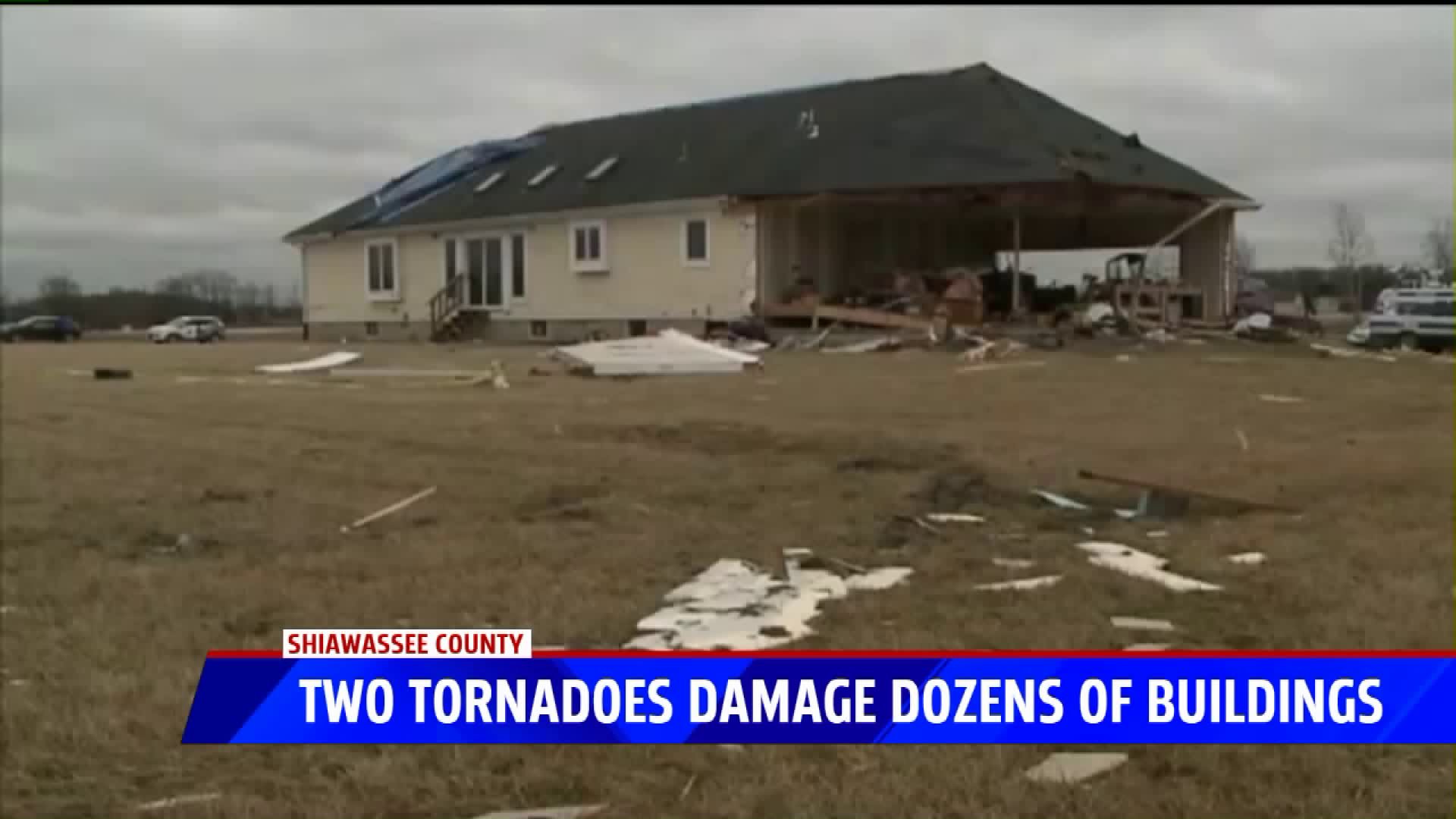 Dozens of buildings were damaged, along with trees and power lines that fell on roads and homes. Vernon Township, a rural area about 20 minutes southwest of Flint, is the hardest hit area, according to the National Weather Service.

Joey Stinson captured video of the tornado approaching his apartment building. It blew off his roof.

He said he's lived in the complex for six months. It's one of more than 60 buildings the sheriff said were damaged.

Stinson, who doesn't take himself too seriously, said he chooses to look on the bright side in situations like this. That's considering no one was hurt and things can replaced. His videos on Facebook and Twitter show the aftermath have thousands of views.

"She was like, 'What are you doing? Go in the basement. Why would — I did not raise you to do this,'" he continued.

The other tornado that touched down just north of here has been confirmed as an EF-0 with winds of about 80 miles per hour. The National Weather Service is still surveying damage to get those final numbers.

The sheriff said 12 buildings were destroyed by this tornado. There were some minor injuries, but they're fortunate no one was killed.