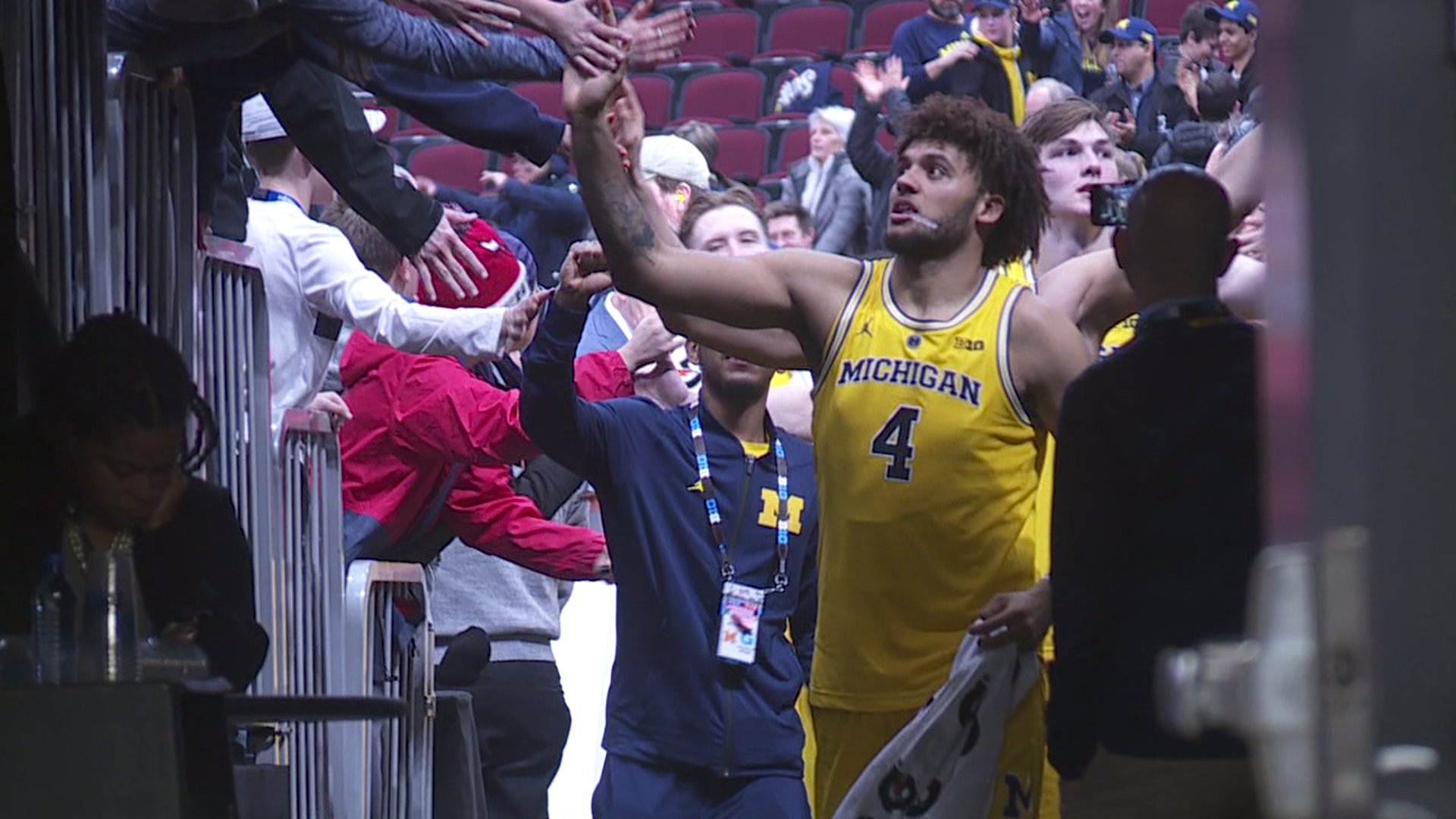 CHICAGO, IL. -- Michigan racked up its ninth straight win in Big Ten Tournament contests Friday night, with a 74-53 hammering of the Iowa Hawkeyes in the quarterfinals at the United Center. Michigan is trying to win its third straight tournament title.

It was the Wolverines' first game in this year's post-regular season tourney - they had a first-round bye - and the victory avenged their 74-59 loss to Iowa on February 1st.

Michigan (27-5) jumped out to a quick lead on Iowa (22-11), hitting seven three-point shots and converting seven Hawkeyes turnovers into 11 points in the first half, after which the Wolverines led 40-27.