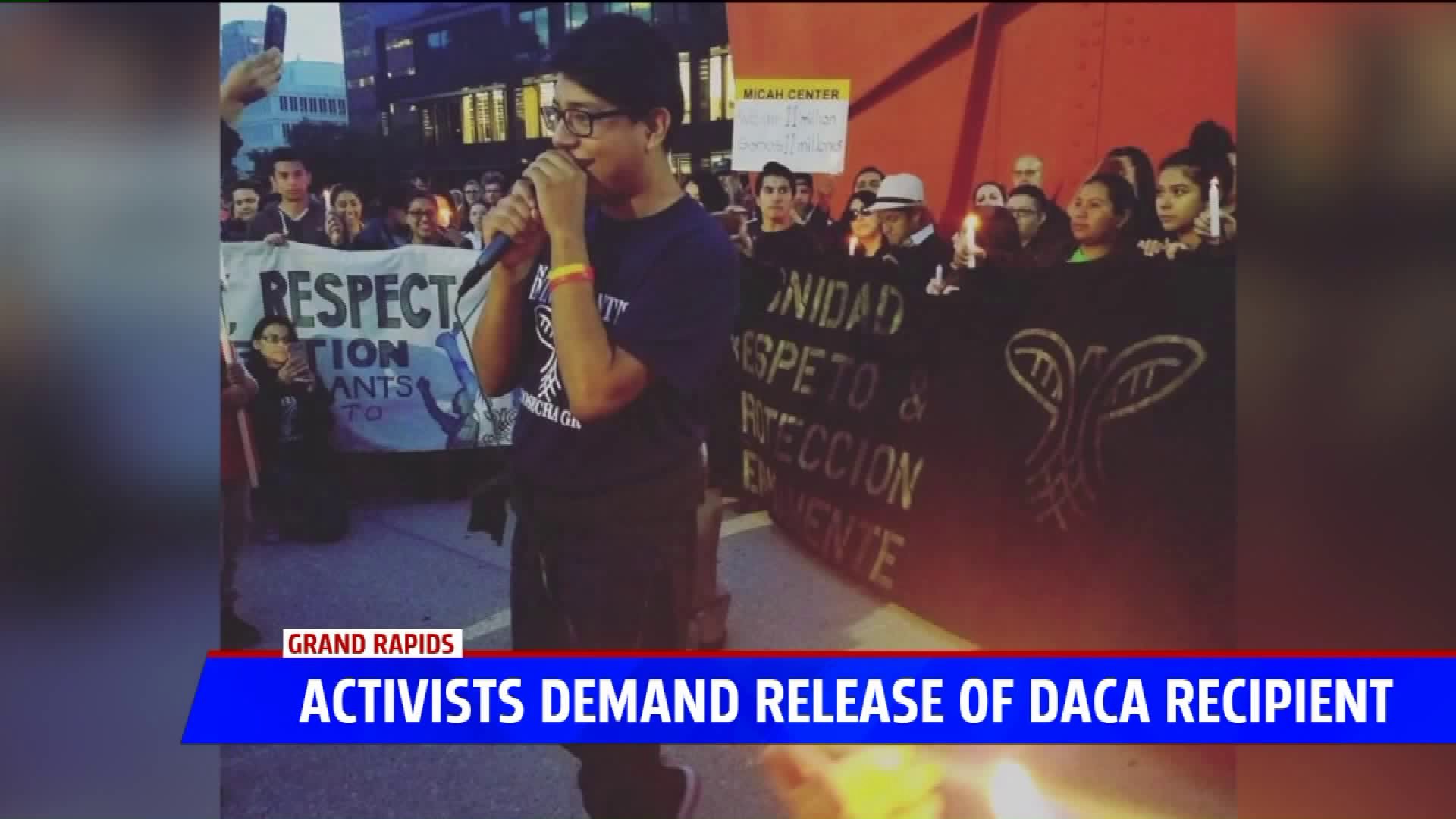 GRAND RAPIDS, Mich. — Friends, family and community members gathered Friday to ask for the release of a man who is being held by federal immigration authorities.

Brandon Reyes-Parra and his mother were arrested last month by U.S. Immigration and Customs Enforcement officials and were being held in Calhoun County. His mother was released this week, but Reyes-Parra remains in custody on charges of unlawful presence in the U.S.

He was protected under Deferred Action for Children Arrivals at one time, but ICE hasn’t commented on his current status. Court records show he pleaded guilty to a charge of operating while impaired, which could have impacted his DACA status.

A rally was held Friday afternoon at a Grand Rapids restaurant where supporters asked for his release to be reunited with his family.

“So that he can come home soon and be with us. His little sisters, it’s hard for them to come home from school and not see him there,” said Marilu Parra, his mother. “The little one will ask me, ‘why didn’t he come home with you, why didn’t you bring him home?’”

Reyes-Parra is a known activist and advocate for immigrant rights and is a member of multiple organizations, including West Michigan Latino Network.

“I’ve watched him speak at rallies and events, and he has always talked about the duty and respect needed for the 11 million undocumented immigrants living in the United States," said Sergio Cira, a community organizer.

Reyes-Parra was scheduled to have a bond hearing Friday, but the family had it postponed so they could get more documents to help his case.

The family is also asking elected officials to issue a private bill to get him released. Since his arrest, multiple groups, including the American Civil Liberties Union, have been fighting for his release.