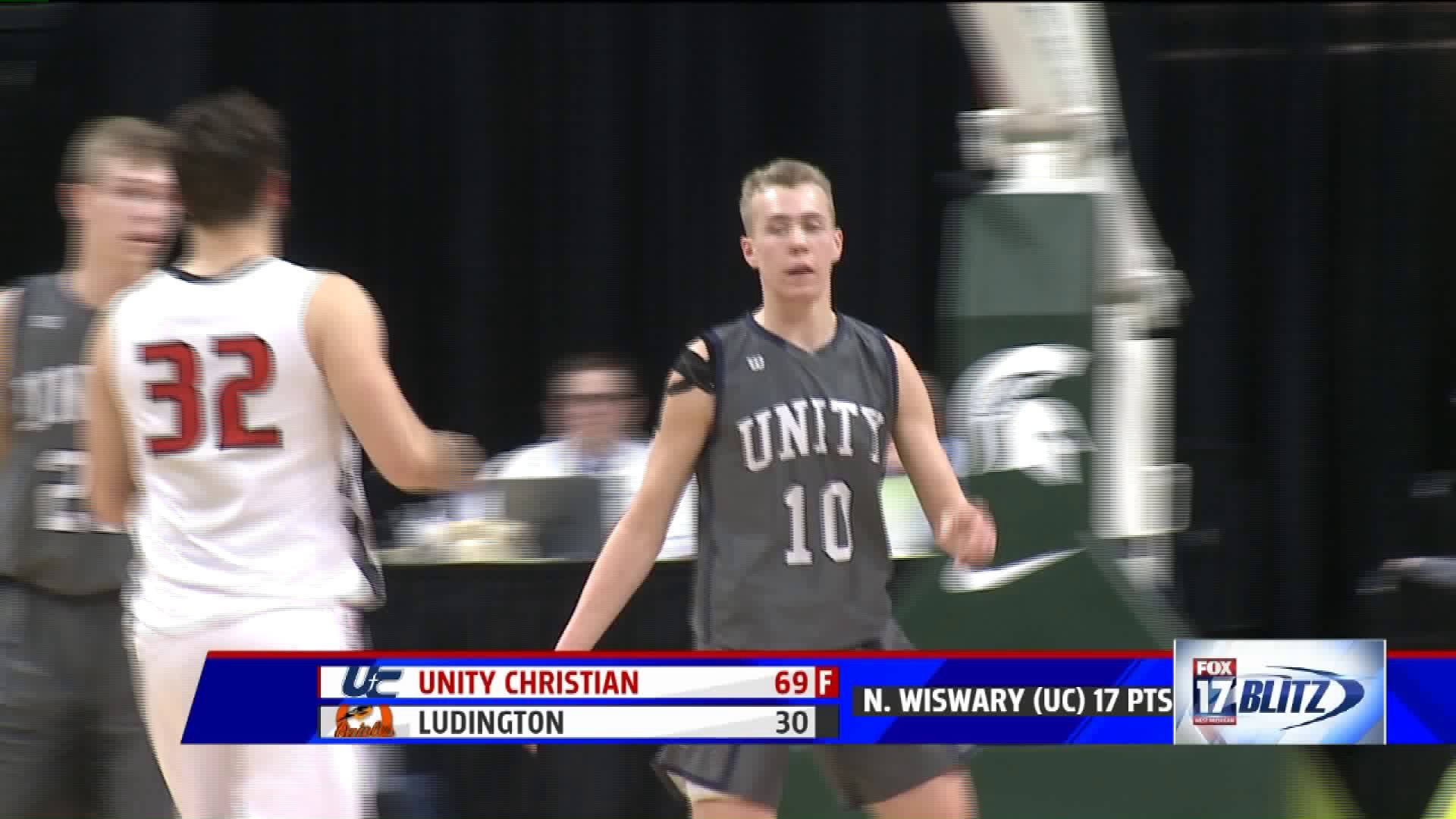 The Crusaders advacne to the division two state championship game

EAST LANSING, Mich -- Noah Wiswary scored 8 of his game-high 17 points in the first quarter as Unity Christian ran out to a 20-4 lead after eight minutes and never looked back in a 69-30 win over Ludington in a division two state semifinal game Friday night.

"I think we pushed the ball and got them tired" Wiswary said.  "If we push the ball and get teams tired especially like that we can just roll on teams and that's what we did tonight."

"I think all of us know that we've got to come out ready to win" senior forward T.J. VanKoevering said.  "We just take it to them to start the game and that's what we did both against Benton Harbor and this game, I think that's what we do every time."

Unity Christian (25-2) will try to become just the fourth school to win a football and boys basketball state championship in the same school year since the football playoffs started in 1975.

"I've been dreaming about this day forever." Wiswary added.   "To play here, play at the Breslin is awesome."

The Crusaders will play River Rouge (23-2) which beat Chandler Park 72-66 in overtime in the other semifinal Friday night.

Saturday's division two state championship is schedule to tip at 6:45 p.m. at the Breslin Center.