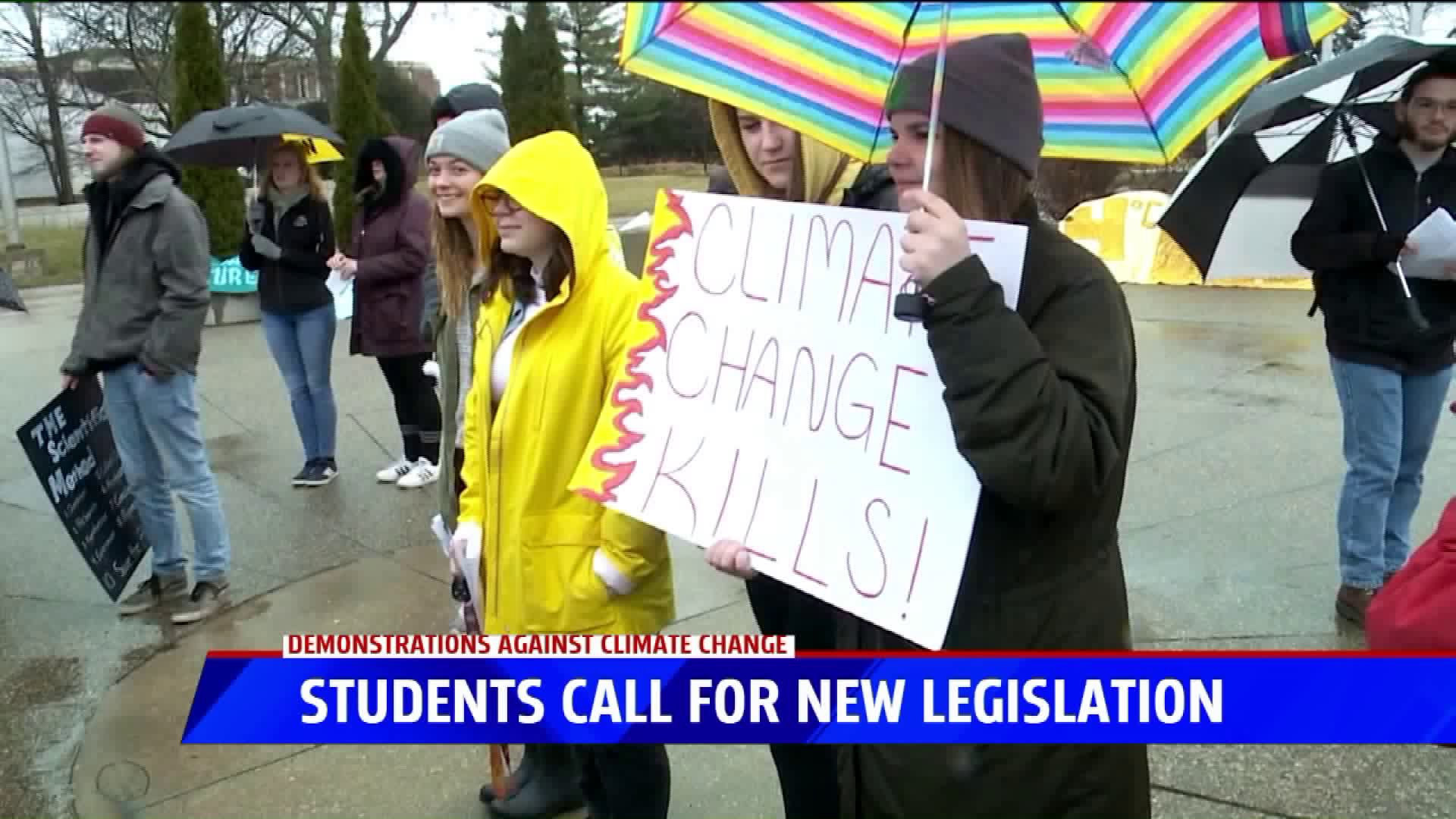 KALAMAZOO, Mich. — When Shannon Ervin organized a walkout at Western Michigan University, she wondered how many people would show up, she said.

It rained. Then snowed.

But by noon, dozens of students and faculty members gathered at the flagpole in the center of campus to bring awareness to climate change.

Students said the threat is real.

“It’s real enough that you have students walking out of class around the world and saying that there needs to be change,” Ervin said during an interview at the rally. “This generation is really stepping up because they are the ones that are going to have to live through what’s going to happen.”

Shannon said that greenhouses gases were changing the planet's climate, which has been leading to extreme weather. She said one of the best changes people can make  to combat the issue is to switch from fossil fuel energy to renewable energy.

"I think what we can do is get involved with your community," said fellow student  organizer Molly Smucker. "There’s simple things like paying attention to where your food is coming from, supporting your local food systems like shopping at the farmer's markets."

People should also opt to walk or ride a bike for transportation instead of taking the bus, Smucker said. She was one of the few organizers who spoke at the rally. She read a letter to the crowd that stated all the reasons why they were striking, which  included a call to world leaders to pay attention to the crisis.

Western Michigan wasn't the only school to participate in the walkout. Shannon said that 1,769 locations  in 112 countries were holding a strike Friday. She's hoped their message gets across.

"Climate Change can be very intimidating because it is a very real and large scale problem," Shannon said. "But with the creativity and the passion of our youth, it is possible."