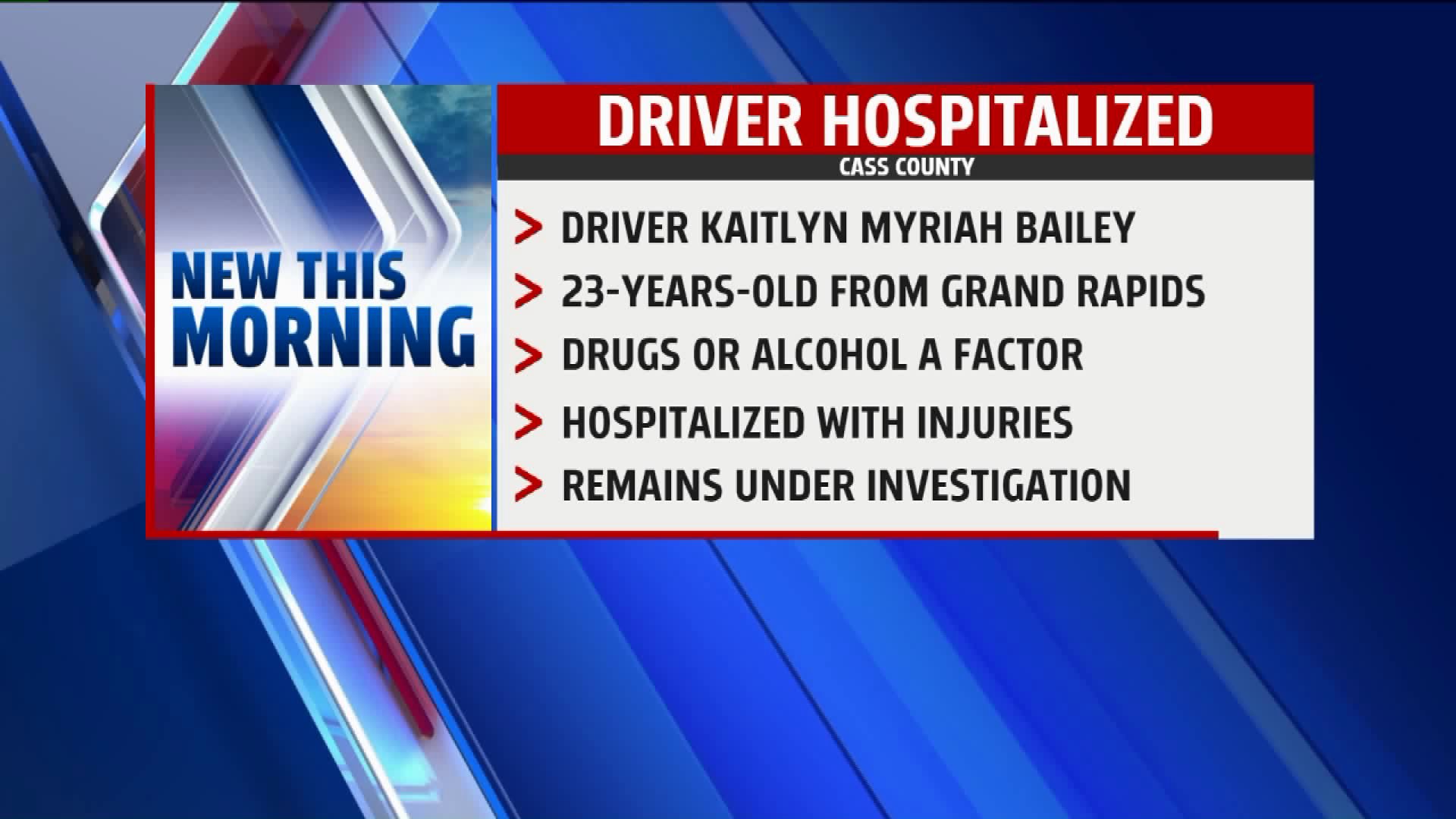 CASS COUNTY, Mich. -- A Grand Rapids woman was hospitalized after a crash along M-40 in Cass County.

The sheriff's office says 23-year-old Kaitlyn Bailey, crashed into a field around 2:30 a.m. Saturday after side swiping a telephone pole along M-40 north of Shavehead Lake Rd. in Newberg Township.

Authorities believe she was impaired due to either alcohol or drugs.

Bailey was transported to Kalamazoo for injuries sustained in the crash, though no details have been shared about her condition.

The sheriff's department said the crash remains under investigation.