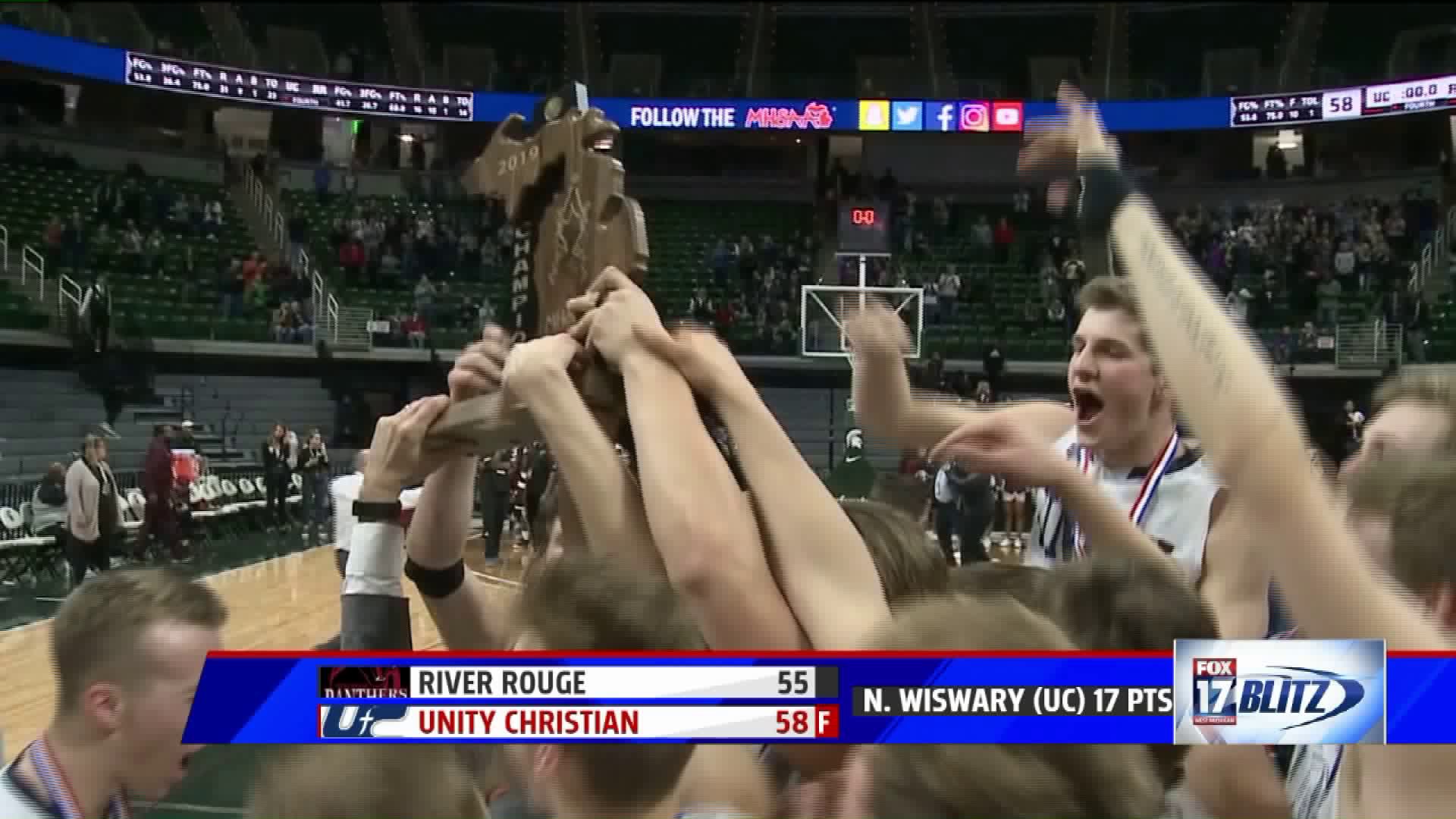 The title is the school's third in a boys team sport in the 2018-2019 school year after it won in boys soccer and football in the fall.

In Saturday's championship game the Unity Christian built a 13-point third quarter lead and were able to hold off a furious rally from the Panthers.

"We went right to them."  head coach Scott Soodsma said. "We talked about wanting to go toe-to-toe with them right away and I was really excited the way we pushed the ball up the floor."