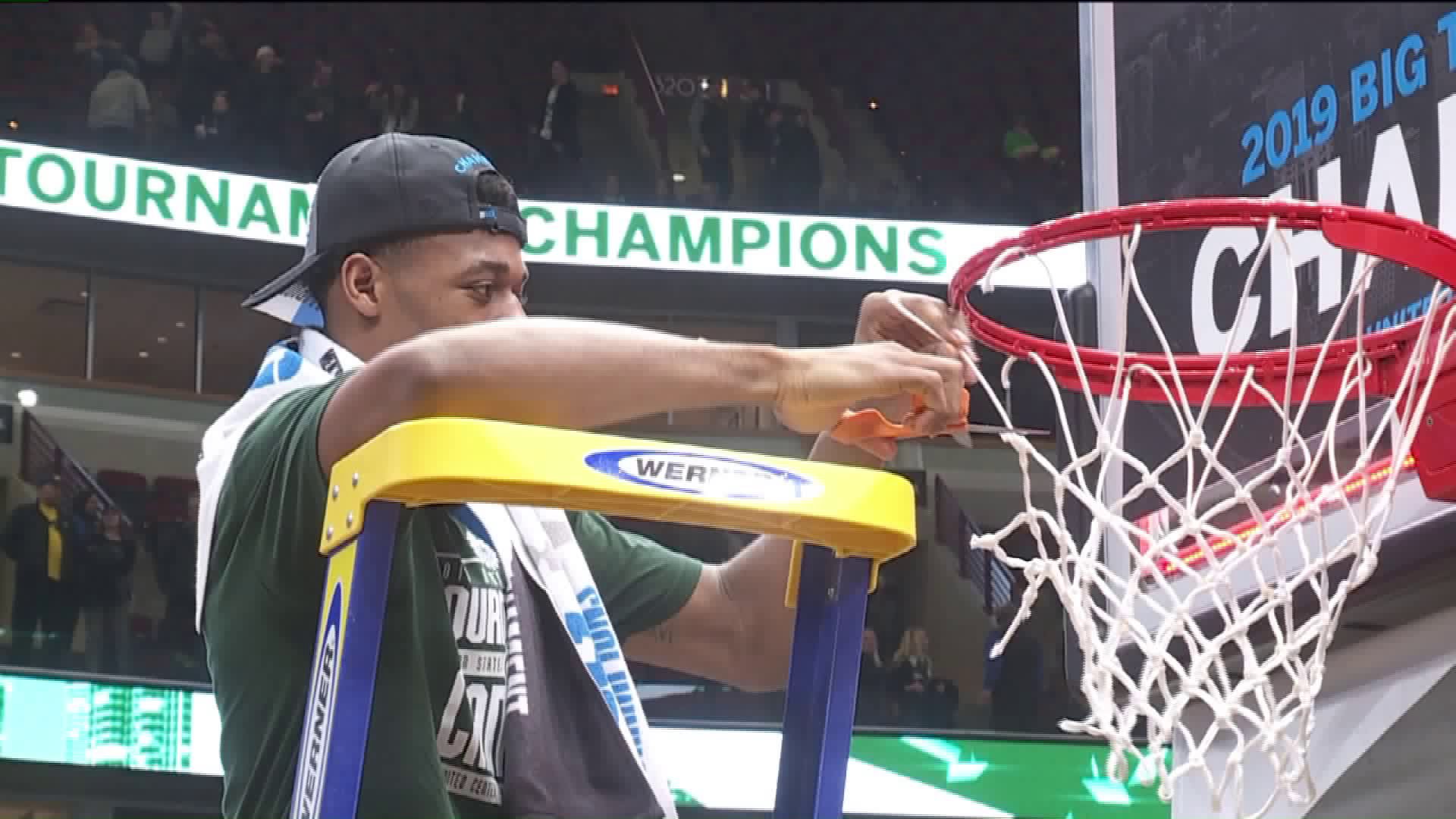 MSU entered the game as the tourney’s No. 1 seed with a 27-6 record while Michigan came in seeded third in the conference competition while sporting a 28-5 ledger.

This marked the third time in the past three weeks that the two teams had squared off, with Michigan State winning both the previous meetings – 77-70 on Feb. 24 in Ann Arbor and 75-63 on March 9 in East Lansing.

The two rivals traded leads throughout the first half. As time wound down in the first half, the Spartans' Kyle Ahrens suffered a leg injury and was removed from the court on a stretcher while the game was delayed.

After that Michigan immediately took control 28-20 and maintained that margin at 31-23 at intermission.

In the second half the Wolverines quickly upped the lead to double digits at 37-26, but MSU regained their steam, closing the gap then tying the game with 7 minutes remaining.

Quick shots made by U of M pulled the Wolverines back into the lead late in the half, followed bu two last-minute shots by the Spartans to tie the game with just over a minute to go. The Spartans took the lead in the final seconds, earning the 'W', 65-60.

Michigan advanced to the Big Ten title game with easy victories over Iowa (74-53) and Minnesota (76-49) while Michigan State posted tighter triumphs over Ohio State (77-70) and Wisconsin (67-55).

The two teams must now wait to learn their NCAA Tournament match-ups when they are announced later on this evening.