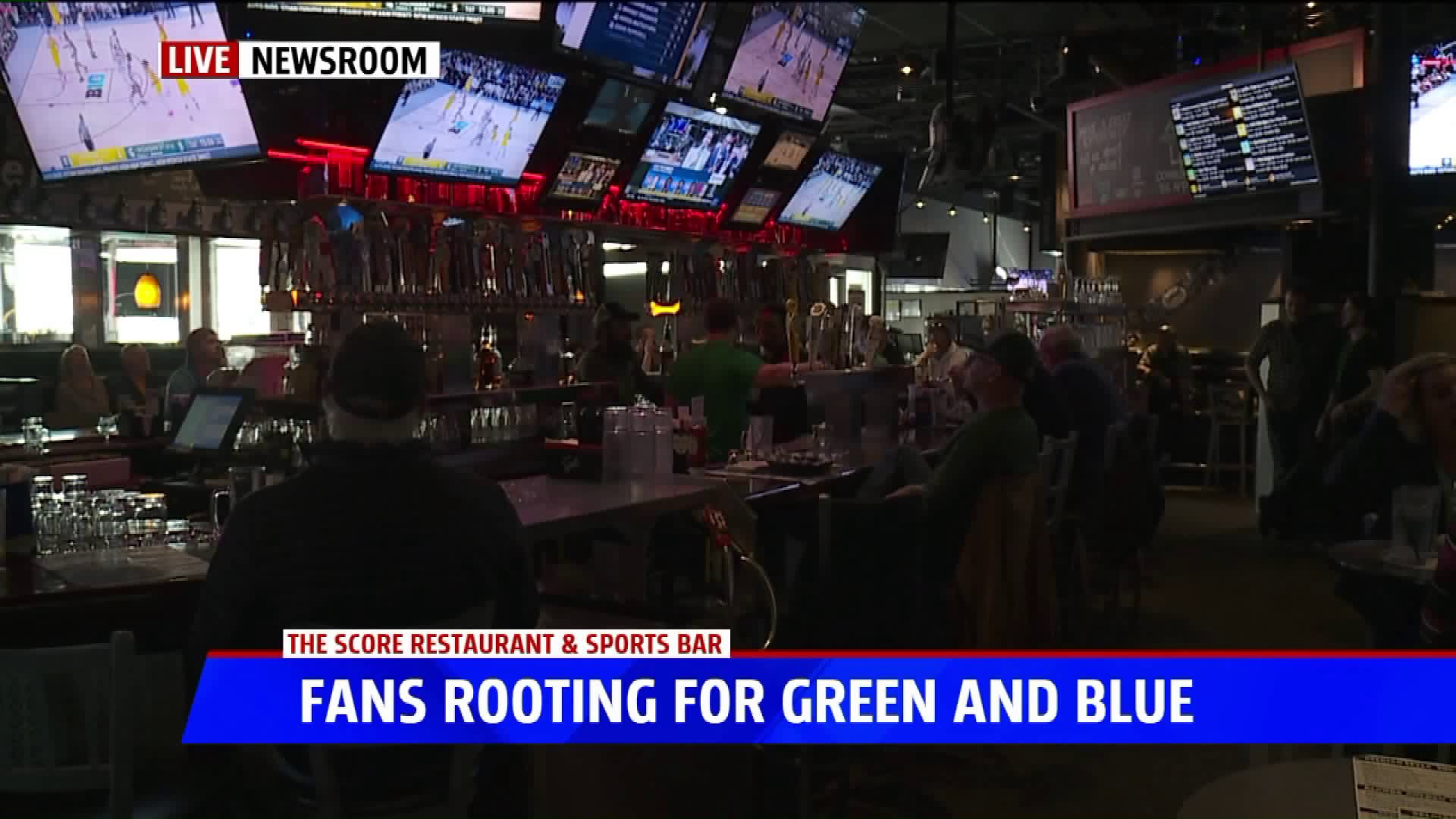 It's a question as old as the rivalry itself; who has better fans, Michigan or Michigan State?

We learned we may never know a definitive answer to the question on everyone's mind today after the historic game in the Big Ten Basketball Championships.

Sunday we talked with fans of both teams watching the big game at The Score in Grand Rapids.

Wolverines say Spartans need an attitude adjustment. All the wins in recent years have gone to their heads.

Spartans say Wolverines need to be more humble. That they're not "little brother" anymore.

Whether green & white or maize & blue, both sides agree: their fans are the best and their rival's fans are the worst.

Both sides also claim they have more fans, better fans, nicer fans, you name it. There's no way to tell a clear winner of who has better fans. And of course, it's all in good fun.

They do mostly agree...regardless of who wins...it's pretty cool to have two Michigan schools as the best in the Big 10.