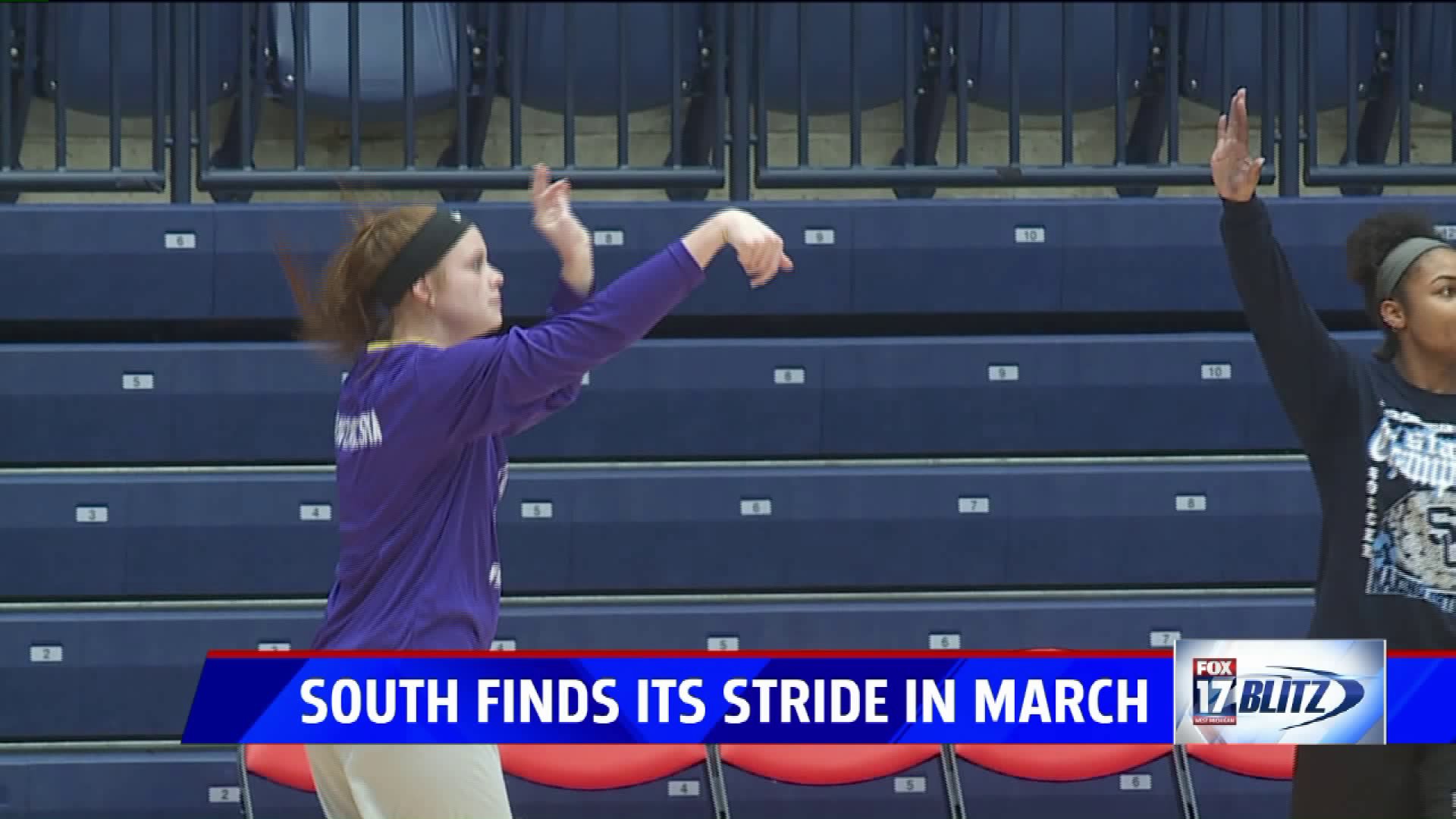 The Sailors take on Hamilton in Tuesday`s state quarterfinals

HOLLAND, Mich. -- The standards for the South Christian girls basketball program are high.

"We set goals like most teams do early on in the season," fifth-year head coach Kim Legge said. "And they set some lofty goals early on."

But the Sailors did not accomplish their regular-season goals; they had an 11-9 record and finished in third place in the OK Gold.

"The beginning of the season was a little rough, but we just have come together," freshman forward Sydney Vis said. "Things have happened, and we have just become stronger as a team on and off the court. So I think that has helped a lot."

In the last two weeks, the Sailors have claimed district and regional titles.

"We are working better together as a unit," senior point guard Sydney Cleary said. "At the beginning of the season, it was pretty rough. We weren't really getting our offenses down, and now everything is just starting to click as a team."

One reason for the improved play has been Vis, who scored 45 points in the two regional games last week at Coopersville.

"It means a lot as a freshman just to try to put everything I can on the court," Vis noted, "especially for the seniors, since I have gotten a lot closer to them, and I don't want to let anyone down. It's just really fun to be able to play so good in those games."

"Being the underdog," Legge added. "I told the girls nobody thought we'd be here, and so we just continue to play as hard as we can."

Tuesday's quarterfinal will be at Hope College with tip-off set for 7 p.m.