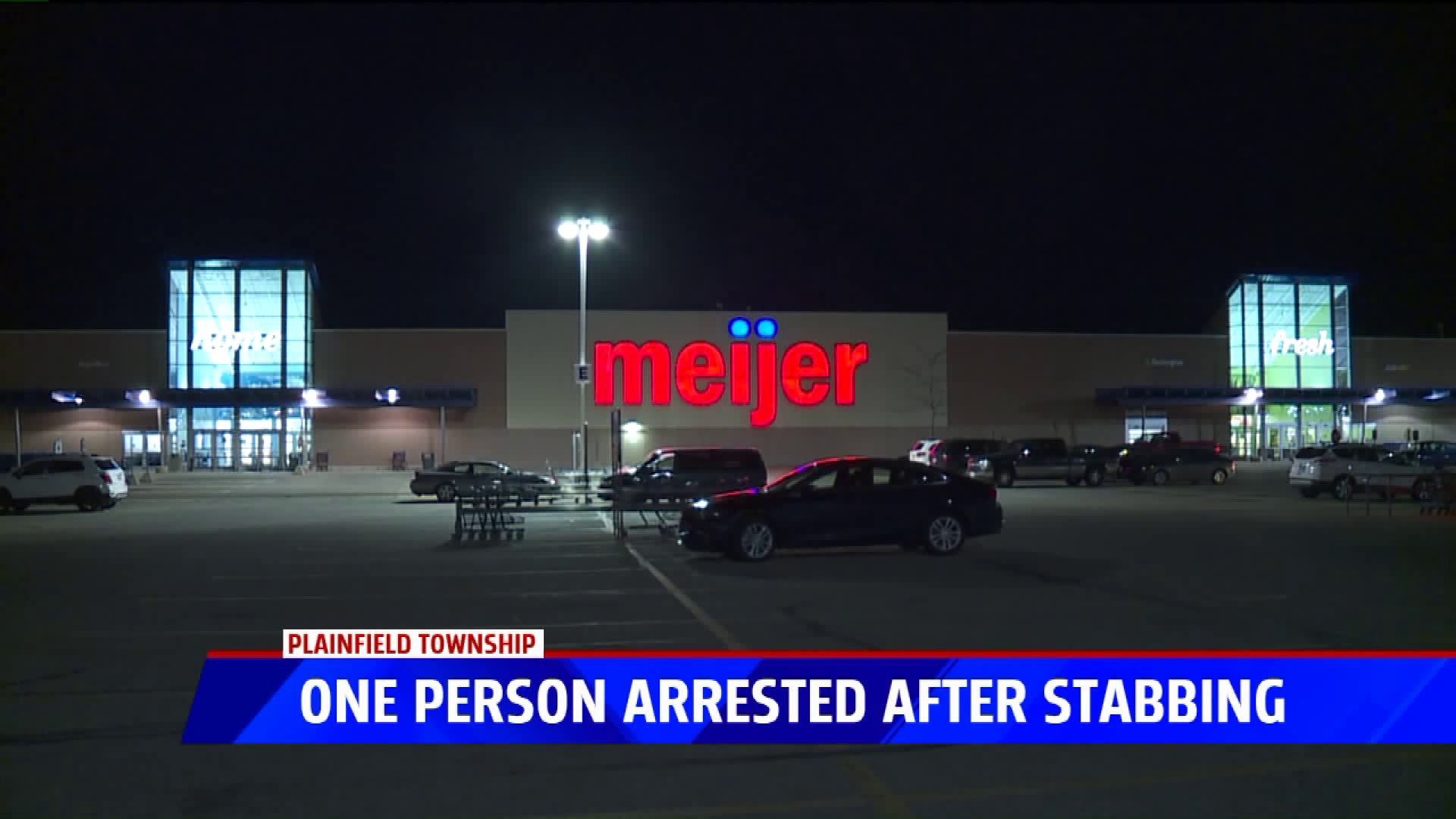 PLAINFIELD TOWNSHIP, Mich-- A man was arrested Tuesday evening after police say he stabbed another male.

The Kent County sheriff's office says two men, who do know each other, were walking by Meijer shortly before 9 p.m., when they got into an altercation. During that incident, they say one of the man stabbed the other. He was hospitalized and is expected to recover.

Investigators recovered the knife and arrested the suspect.

It's unclear what the two had been fighting about.