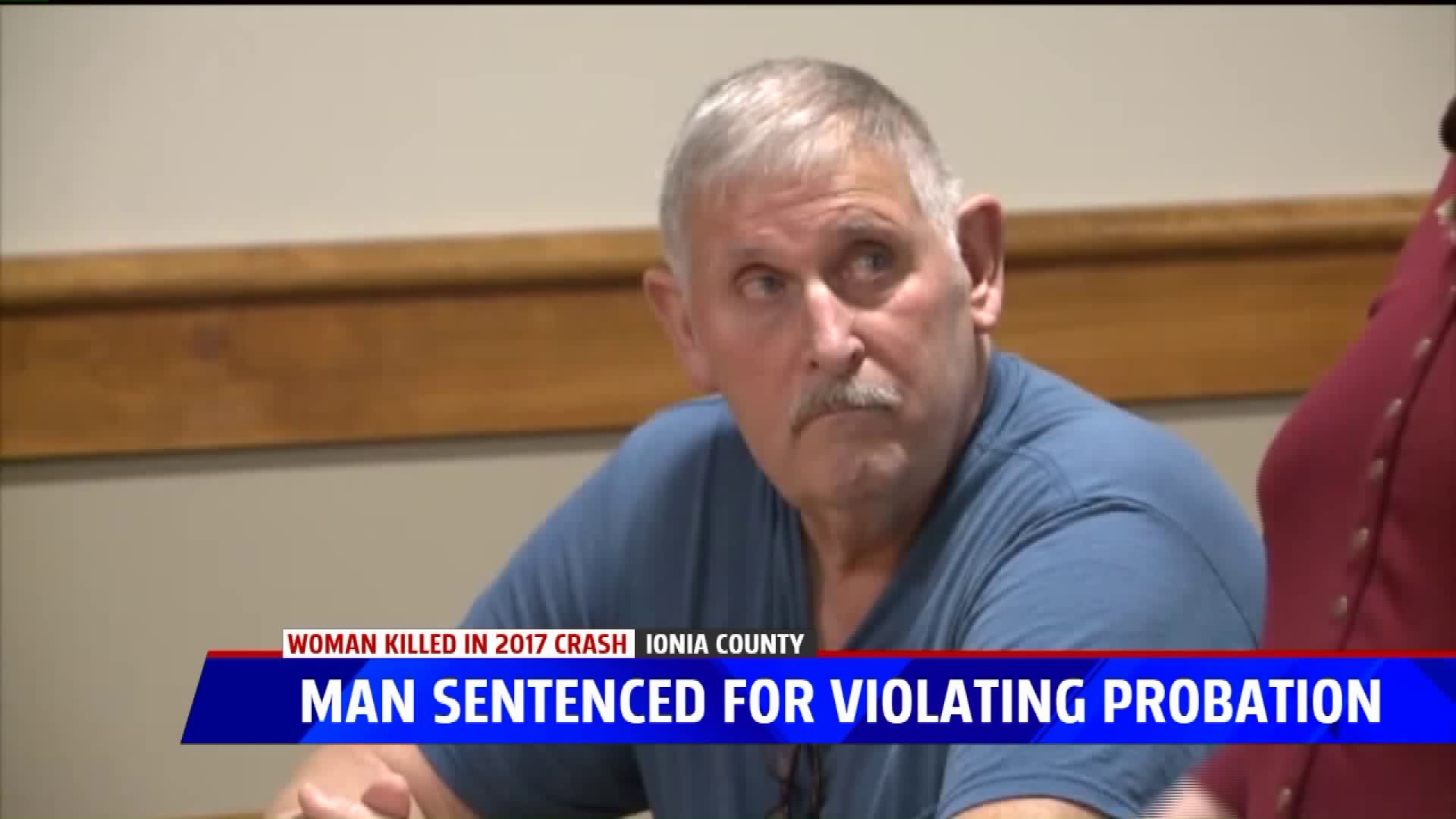 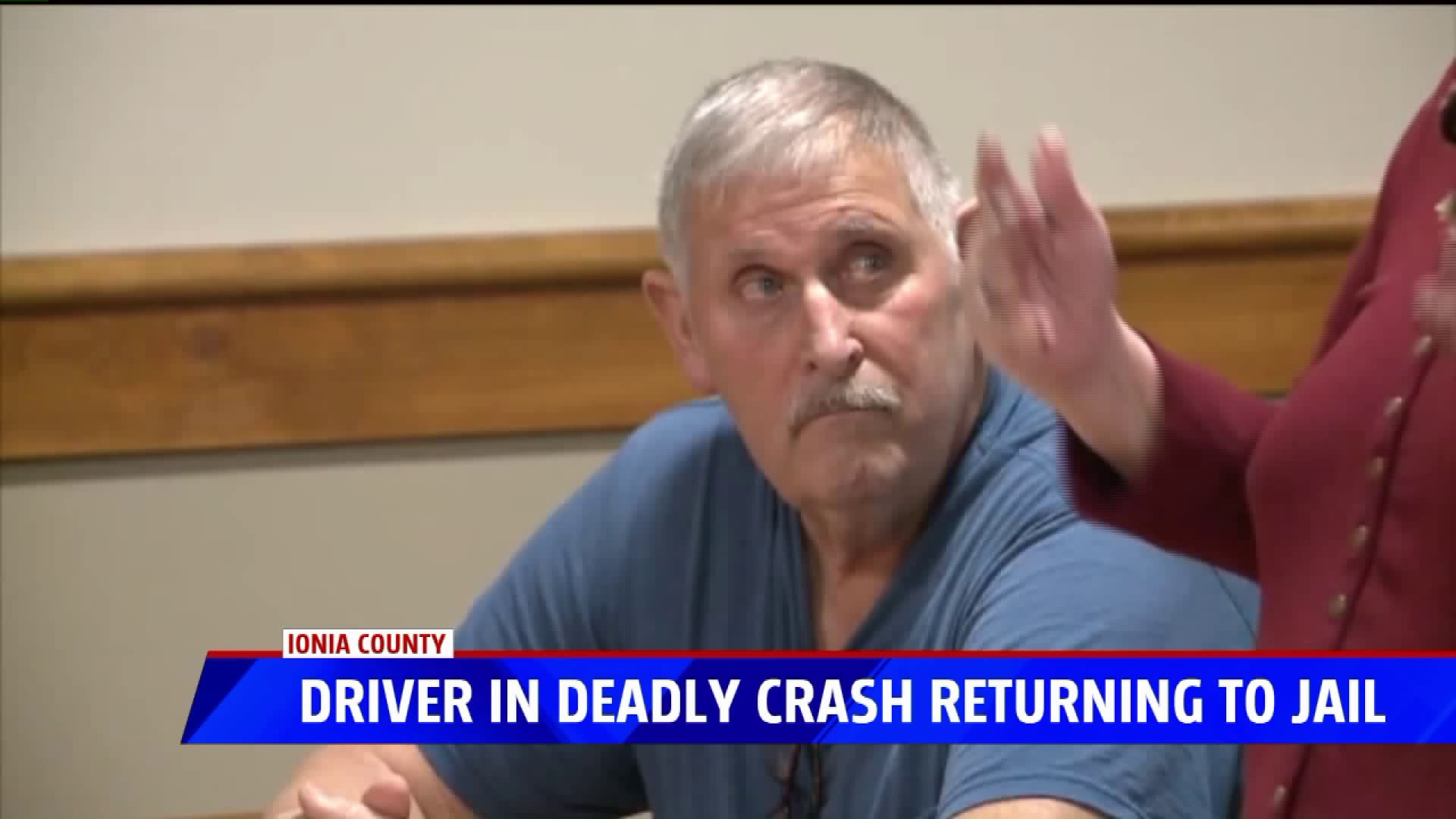 IONIA, Mich. — The driver who killed a Greenville woman nearly two years ago is heading back to jail after getting behind the wheel while on probation.

Lawrence Thelen was in front of the same judge who sentenced him in 2017 for hitting and killing Gisela Peek, 72.  He served six months in jail and was ordered to not drive for two years. Tuesday, he was sent back to jail for a year for admitting to driving while on probation last week.  His probation officer actually caught him driving.

Thelen was driving in April 2017 when he hit Peek's vehicle from behind while she was waiting to turn left off of M-66, pushing her vehicle into the path of oncoming traffic.

Peek's husband, Ronald, found himself in court again today, facing Thelen.  He told FOX 17 Tuesday that there needs to be a change in the law to stop people like Thelen from driving.

"Actually, I don't think I'm really surprised," said Ronald. "You've seen his driving record. He has a history of just ignoring the law."

Thelen had numerous driving violations dating back to 2007.  At the time of the crash with Gisela Peek, Thelen had 18 points on his license.

"Yea, I think there's a huge problem in the system, because the judge told him he could not drive during that two-year period and emphasized it very strongly," said Ronald. "But that was a court order not to drive. It had no affect on his driver's license."

While the probation was supposed to keep Thelen from driving, the state reinstated his license in just a year. The Secretary of State says that points are removed after two years, so now, the only mark on Thelen's record is the crash that killed Gisela.

The Secretary of State office released the following statement on the matter:

"It is devastating to see innocent victims killed or injured because of careless bad drivers on our roads. Since taking office in January, the new secretary of state has been reviewing all of our policies and procedures to make sure we are doing everything in our power – and looking into where we need to work with other state agencies and the Legislature on any changes necessary — to keep our roads safe."

"I think maybe I'll send a letter to our new Secretary of State and ask her how we can eliminate the disconnect," said Ronald.  "I get the feeling, it's all computer driven. One year expires, the restrictions removed. His previous driving record has no effect on getting a new license."

The judge Tuesday canceled Thelen's probation, so he's been re-sentenced to a year in jail, but with credit for about six months already served.