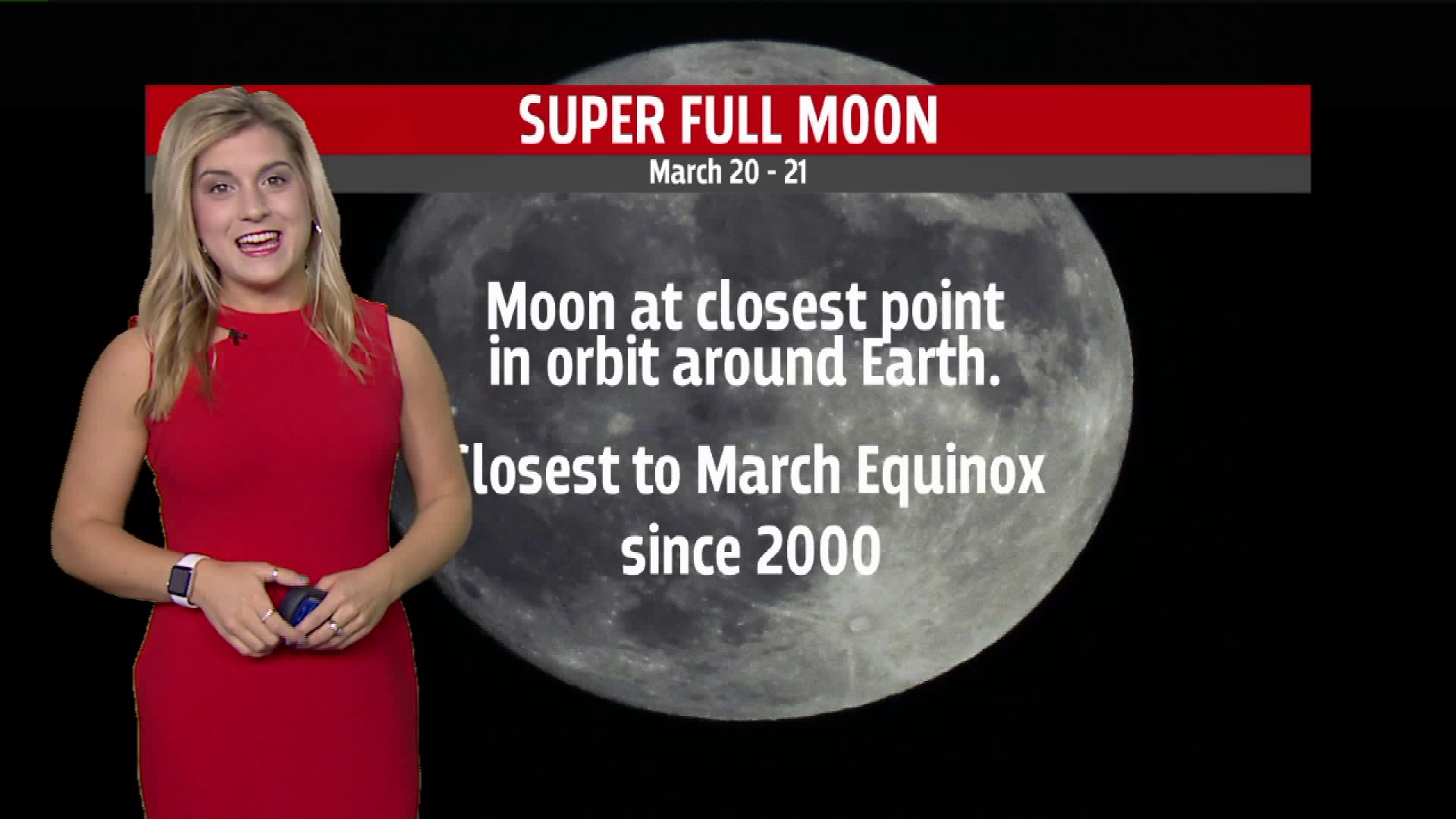 (CNN) -- The third and final supermoon of the year will light up the sky on March 20, closing out a trifecta of supermoons for 2019 that began in January.

The moon will appear brighter and bigger in the night sky and hopefully no clouds and inclement weather will obscure the view. The closest supermoon this year was in February.

No matter what timezone you're in, look out for the supermoon at 9:43 pm ET on Wednesday.

March's full moon is also known as the Full Worm Moon. Traditional and Native American names for each full moon of the year are derived by how they helped to track the seasons. In this case, the ground began to soften in March so that earthworms could appear, drawing more birds to feed, according to the Farmer's Almanac. This moon is associated with spring for that reason.

The arrival of spring and the supermoon will also nearly coincide with an asteroid passing close to Earth, according to the Minor Planet Center. The asteroid, 2019 EA2, will zip by Earth at 190,246 miles away -- closer than the moon. It's 79 feet in diameter, slightly larger than the asteroid that streaked through the sky over Chelyabinsk, Russia in 2013.

It's an aten asteroid, or a near-Earth asteroid with an Earth-crossing orbit

But the asteroid is expected to pass by safely and without incident on March 21 and 22, depending on where you live.