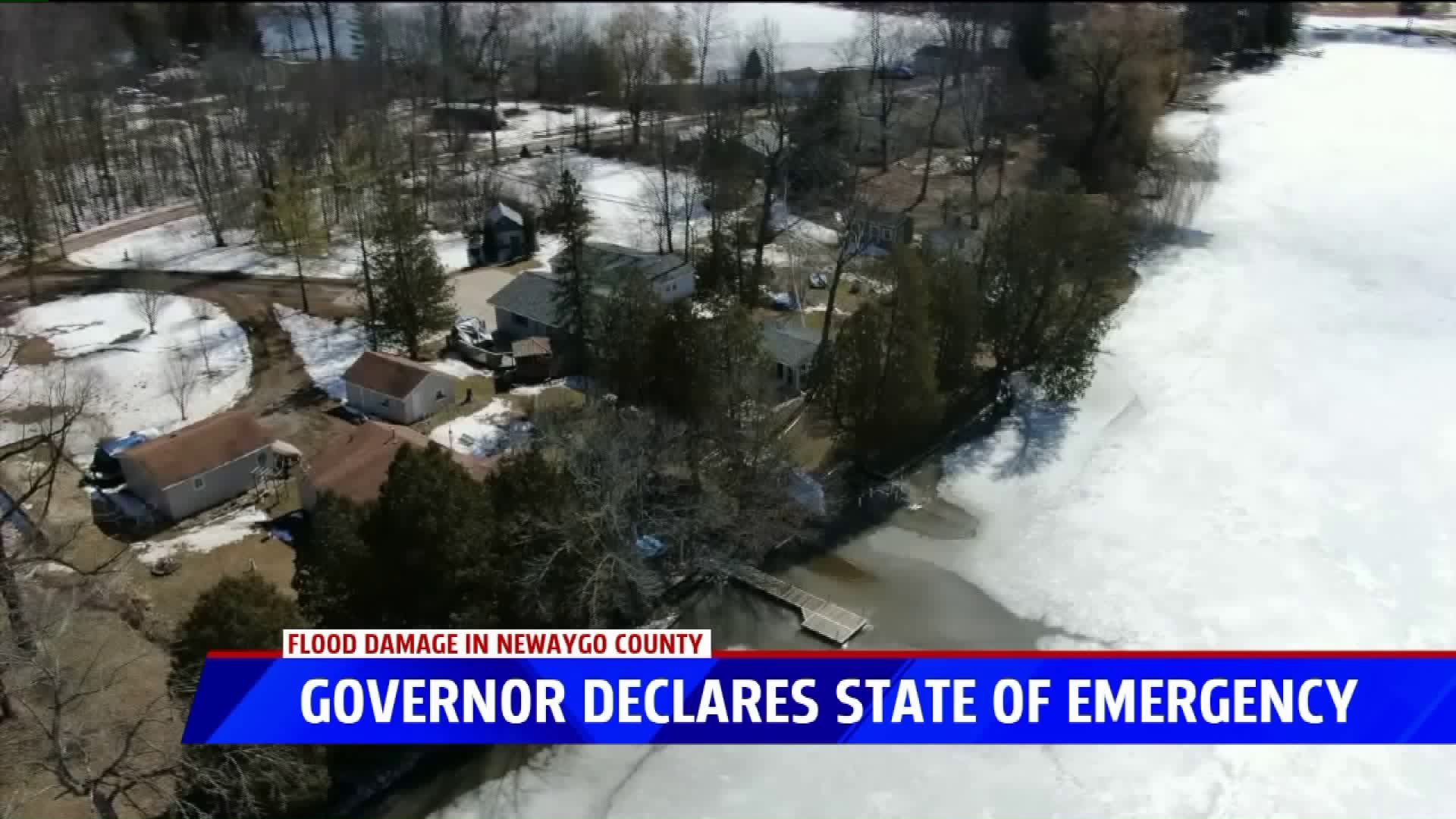 LANSING, Mich. — Gov. Gretchen Whitmer has declared a state of emergency for Newaygo County due to flooding.

The governor says the county officials requested state assistance to deal with the flooding, which developed after heavy rains and rapid snowmelt last week.

“As Newaygo County continues to deal with the effects of severe flooding, we are doing all we can to ensure the health and safety of our residents,” Whitmer said in a press release. “By signing this declaration, the state can offer even more resources to assist the county’s efforts.”

State resources are now available, in cooperation with local response and recovery efforts.

The county declared a local state of emergency on March 15. The county determined local resources were insufficient to cover the emergency and asked for state help.

Some locations hit the hardest are not used to flooding, even this time of the year when snow melts quickly and rain starts to become heavy. Spring begins tomorrow and heavy snowpack remains to the north of the county. If another heavy rainfall moves through soon, more flooding would likely occur.

Newaygo county estimates around 132 homes have been impacted so far, but additional reports are still likely to come in. If you live in the county and have been impacted by floodwaters, but have not reported it, you can do so at this website.

Newaygo County Emergency Manager, Abby Watkins, says that the county asked for assistance under one particular program through the state that would bring in low interest loans for homeowners that don't have flood insurance. Specific qualifications of the program have to be met, so the county is still working to see if they are eligible.