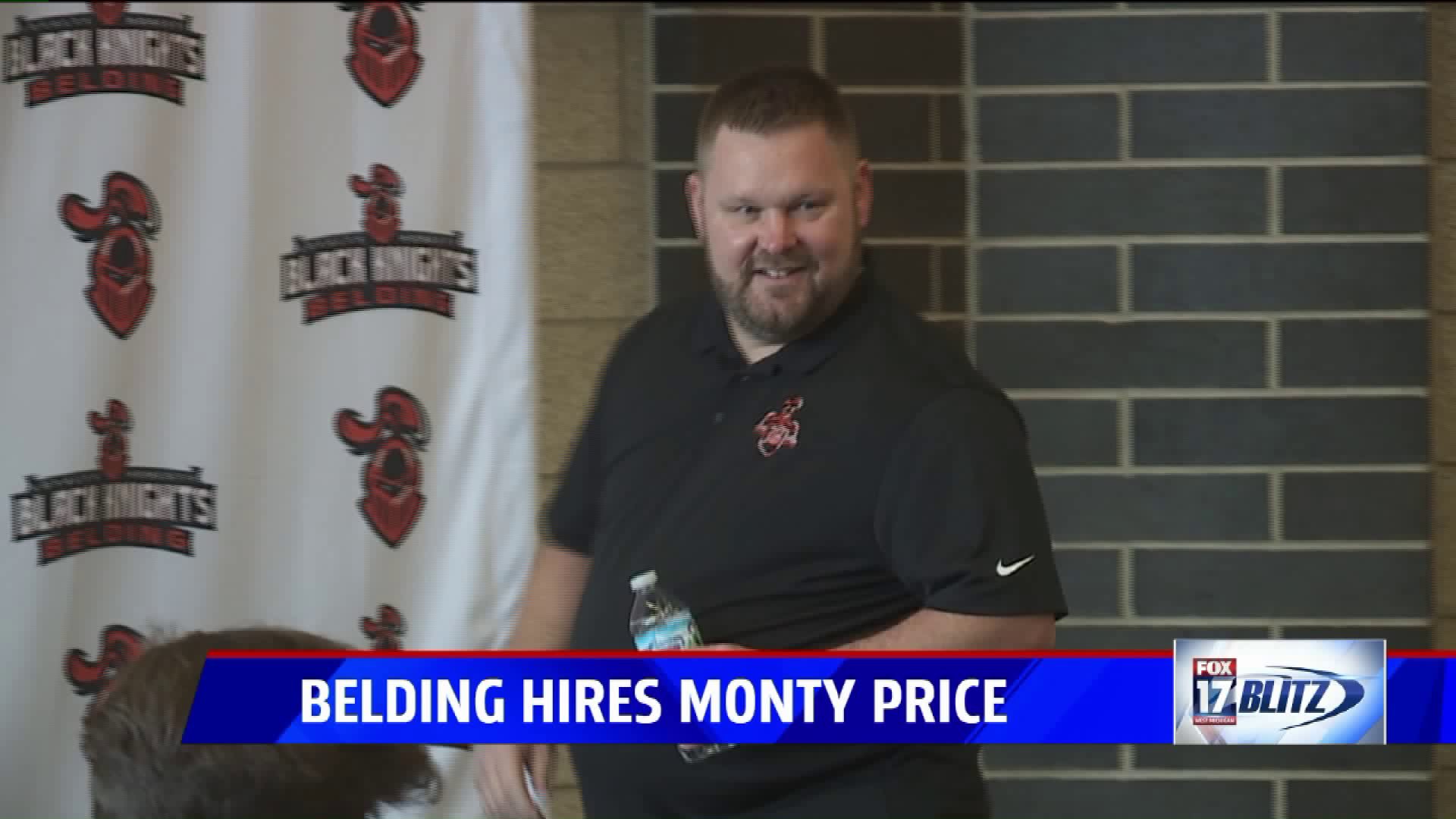 The former Reed City coach takes over in Belding

"Being from Edmore and growing up following and watching the tradition of Belding, it's always been a dream to be a part of this community and this program," Price said.  "I also have family that lives in Belding, nieces and nephews went to school here." Price said the Belding position has been on his family's radar, "and we are just truly blessed to finally make it a reality."

Price had a record 147-64 in 20 seasons with the Reed City Coyotes, leading them to a Central States Gold division title and a district championship last fall, plus a trip to the Division 5 state semifinals in 2017.

Price has been successful with a wing-T offense at Reed City, an offense that Belding used to win state championships in 1994 and 1997 under the direction of Irv Sigler.  Price is confident that his system will work at Belding. "I think it will be as successful as we coach it," Price said. "We are going to focus on the technique and fundamentals. I think it's going to be a smoother transition than it might normally be; they've done some similar concepts here in the past, but in the recent past."

Price replaces Joe Schwander, who left to become the head coach at Forest Hills Eastern. Schwander led Belding to the playoffs in four of his seven seasons, including each of the last three seasons.  The Belding Black Knights return a good number of contributors from last year's 7-3 team, and Price thinks he can build on that success.

"I don't view this as a transition period," Price said.  "We are going to hopefully put the kids in a position to be successful right away. That's the goal. We want to compete every day in everything that we do, and I think I'm pretty confident that is what we are going to do."

Belding opens the season August 29 at home against Oakridge, the same school they lost to in the Division 5 playoffs last fall.