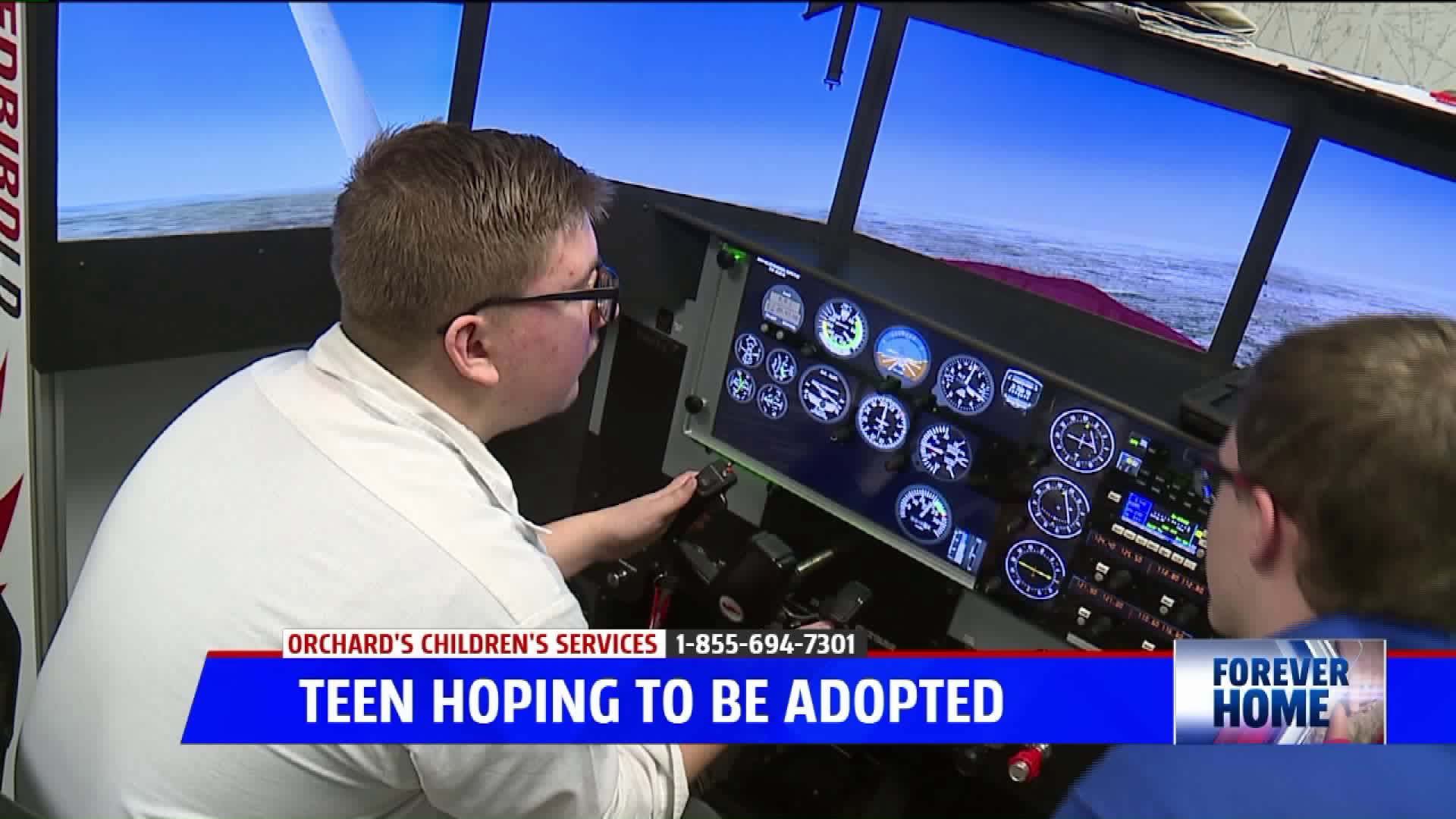 GRAND RAPIDS, Mich -- An 8th grader in West Michigan, gives 100% in everything he does and is hoping to find his Forever Home.

Kaedyn is 13 years old and loves basically anything that moves.

The West Michigan Aviation Academy in Grand Rapids invited us inside their classrooms to learn a thing-or-two about flying airplanes.

For a kid who has only flown a helicopter before, Kaedyn passed with flying colors.

Kaedyn is a quick-learner and took to the flight simulators right away, where he learned how to control the plane during take-off, landing, and in the air.

His favorite was the “Red Bird” modeled after Gerald R. Ford International airport. Kaedyn said the hardest part of flying the simulator is all the buttons.

He's doing very well in his math classes at school, but really excels in art.

Kaedyn said, “We were gonna make a bridge and I made a 3-D bridge.”

He tells FOX 17 he loves hanging out with his friends, racing RC cars, and being outside.

“Fishing is one of my favorite sports. We fish in the pond and there’s like 14-16 inch bass in the pond,” he said.

Kaedyn is curious about the world around him and wants to find a family who could teach him all about it.

Kaedyn would also like to have pets and some siblings, but most importantly, a family he can count on.

“They'd be there for me, they’ll still care for me, and they’ll watch out for me and stuff.”

Kaedyn looks up to his caregivers and is a good listener to anyone who needs it.

“I like to be there for people,” he said.

He said he could see himself being a veterinarian one day, but now, he may have caught the flying bug as well.

If you’re interested in learning more about Kaedyn or the adoption process, you can visit or call Orchards Children's Services.