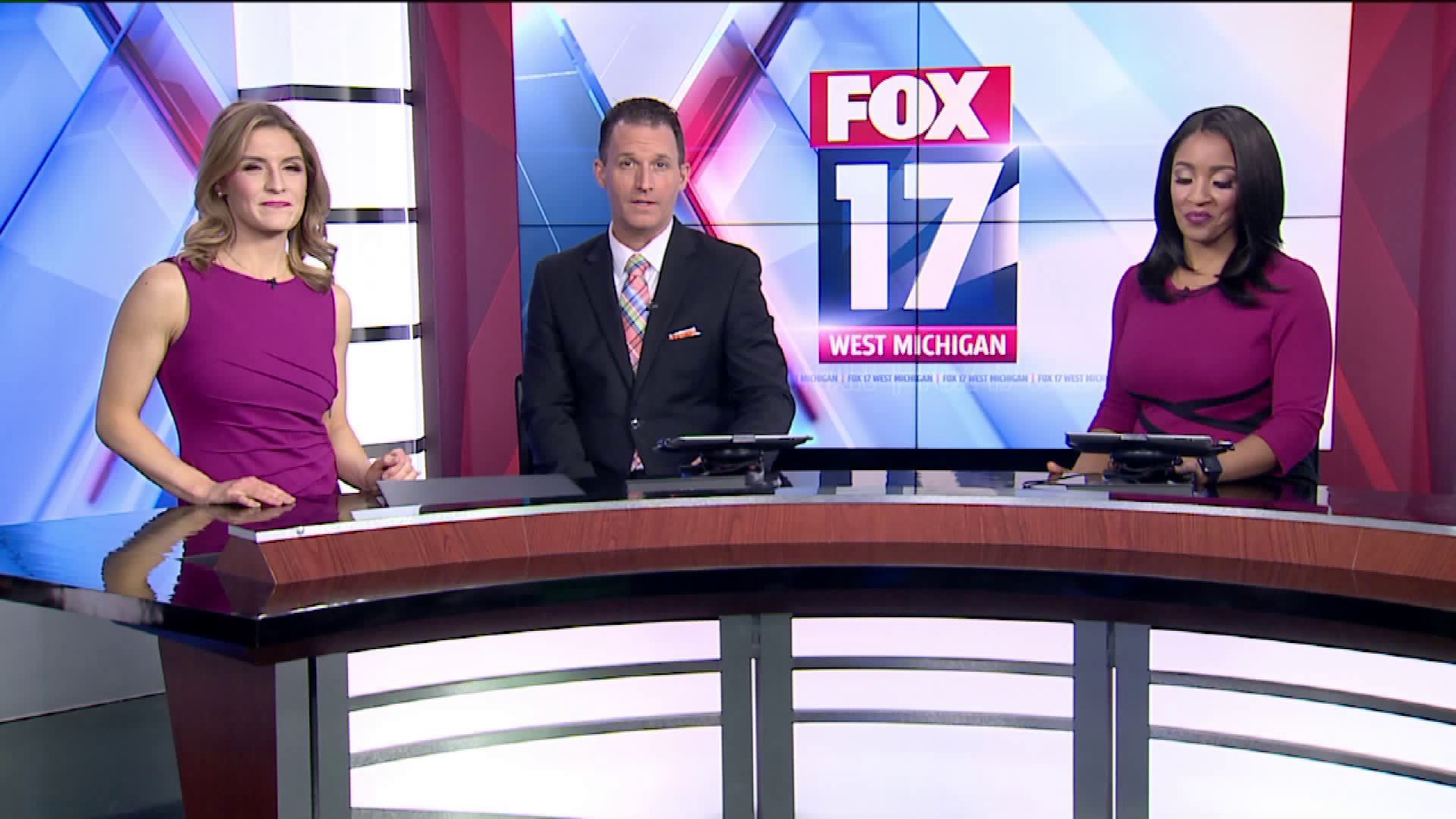 LAKEVIEW, Mich. — A West Michigan chiropractic clinic has been treating humans for over 30 years. Last summer, they took on a unique case: a golden retriever named Augie.

It takes a second look at Augie to notice based on the way he moves around the office at Lakeview Family Chiropractors, but there’s something different about him.

Augie was born with a growth plate defect in one of his legs, making it shorter than the others.

Padden says Augie has to compensate because of that.

“He turns the other leg in, I’ve noticed his other leg is really strong, obviously, because it’s doing pretty much 75 percent of the work for the front half of the body.”

Augie was given to the Paddens by a breeder and large animal vet near Lansing last summer, when he was just 5 weeks old.

The Paddens have been giving Augie the care he needs ever since.

“Believe it or not, animals can be adjusted,” said Padden.

Augie now gets regular treatments to stabilize his spine and joints, keeping the rest of his body healthy and in alignment.

The hope is to reduce any possible side effects from Augie’s uneven front legs.

“Animals are just like humans, they can knock their spine out of alignment,” Padden said. “It could cause them trouble walking, cause them not to want to eat, it can cause indigestion.”

Of course, like any puppy, Augie is still a little clumsy.

“When he turns to put that foot down, sometimes it’s not there for him like he expects it to be,” Padden said. “He’s been a rambunctious puppy, a bull in a china shop.”

One of the challenges is understanding animal cues instead of human ones.

“You can feel, their skin will kind of flicker or kind of catch as you move over an area that’s sore, because obviously they don’t tell us when they are sore,” Padden said.

It’s not just dogs who can benefit from this kind of care.

Dr. Shawn Dolan, a Veterinarian at Renewed Animal Wellness, helps all kinds of animals in her practice with spinal manipulation as well.

“We’re focusing on the musculoskeletal system, the nervous system, the circulatory system, the lymph system, organ function,” she said.

But, some of her biggest clients are through her volunteer work at the Cheff Therapeutic Riding Center in Kalamazoo.

“Most significant issue that I see with these particular horses are back soreness and back pain,” said Dolan.

During treatment, she goes over the horse nose to tail.

“I will usually start at the head, I’ll work on the TMJ area. I’ll adjust the pole up here, I’ll work on the cervical vertebrae coming down here into the shoulders, manipulating the legs, all the way down to the feet.”

She said you can see a huge difference with consistent treatment.

“Suddenly, the horses are more alert, they’re happier, they’re not trying to bite people, their demeanor is improved just by the spinal manipulation,” Dolan said.

The same goes for family pets.

“I have stories of dogs that didn’t run for months and suddenly, we’re running again,” Dolan says.

Dolan has gone through additional training to perform animal spinal manipulation and recommends doing research before taking a pet just anywhere for treatment.

The Paddens said they always have their vet on standby in case they have questions, but they only plan on treating their family pets.

“Right now, because it is sort of a grey area within the state, you have to work kind of in conjunction with a vet or a veterinary clinic to be able to profit off of or legally adjust animals in a legal setting,” Padden said.

While it’s unclear what effect Augie’s defect will have on him long-term, the Paddens said they’ll continue doing whatever they can to keep him happy.

“Hopefully down the road, he’s going to have a real good quality of life,” Padden said.

The Paddens only treat their animals and their treatments do not take the place of regular vet care.

There are several different certification programs for animal spinal manipulation, so be sure to ask your vet plenty of questions about their training.