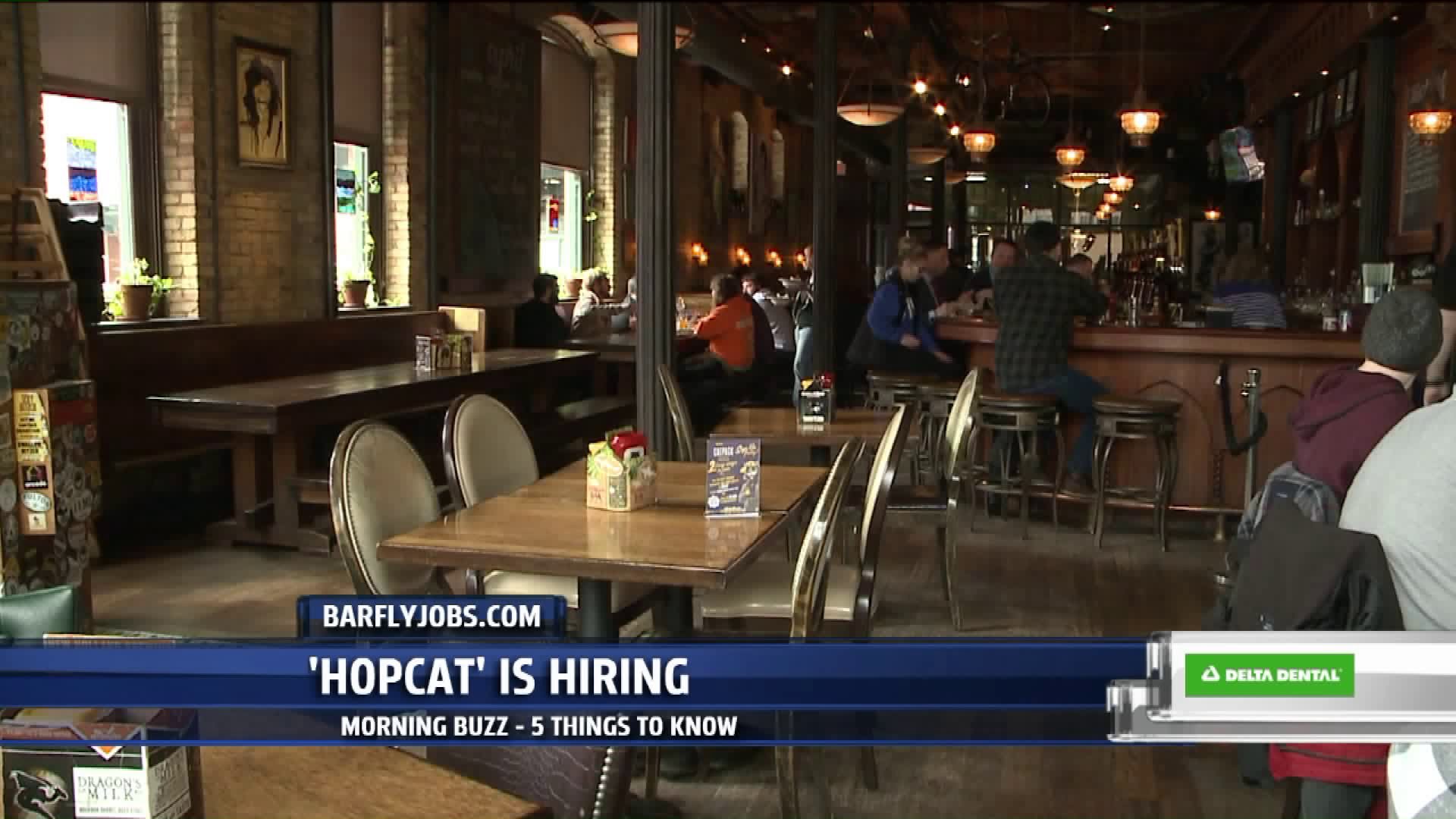 1. HopCat's coming to Holland, and they're hiring! More than 150 positions are up for grabs at their new 18th Street locations.

The new development will be part of a larger project, which will include shops and a movie theatre.

Applicants can apply in person at the hiring center on South River Avenue, via text, or online.

The deadline is April 12.

2. From shopping to a distillery, some exciting businesses are open in downtown Grandville.

There is now a new do-it-yourself store called Hammer and Stain, which opened on Saturday, offering project ideas and advice and supplies.

Not far from there is the city's first distillery, Michigan Moonshine, also opened up shop last Friday.

City officials say they're very happy to see the community continuing to grow.

3. New stamps from the USPS feature characters from Sesame Street in honor of the show's 50th anniversary.

The Postal Service says its time to show recognition to one of the most influential and beloved children's television shows.

While the official date hasn't been finalized, they'll be available later this year.

4. There's a new way for coffee lovers to get rewarded for their need for caffeine at Starbucks. Rewards members will be able to earn stars starting April 16.

The new program is built to include tiers. For example, if you spend $13 on your next visit, you can get an extra espresso shot or a dairy substitute free of charge.

It will also let you use points to buy packaged coffee and select merchandise for the first time.

5. Thousands of young people across the state will unite against tobacco use for what's being called Kick Butts Day.

This year, kids are focused on kicking Juul, the e-cigarette that has become enormously popular.

White Cloud High School students will be making a tombstone display on lockers in the school to highlight the deadly effects of cigarettes.

Union City students will be making posters. Some will even be taking their fight to the state capitol, asking for lawmakers to raise the tobacco sale age to 21-years-old.