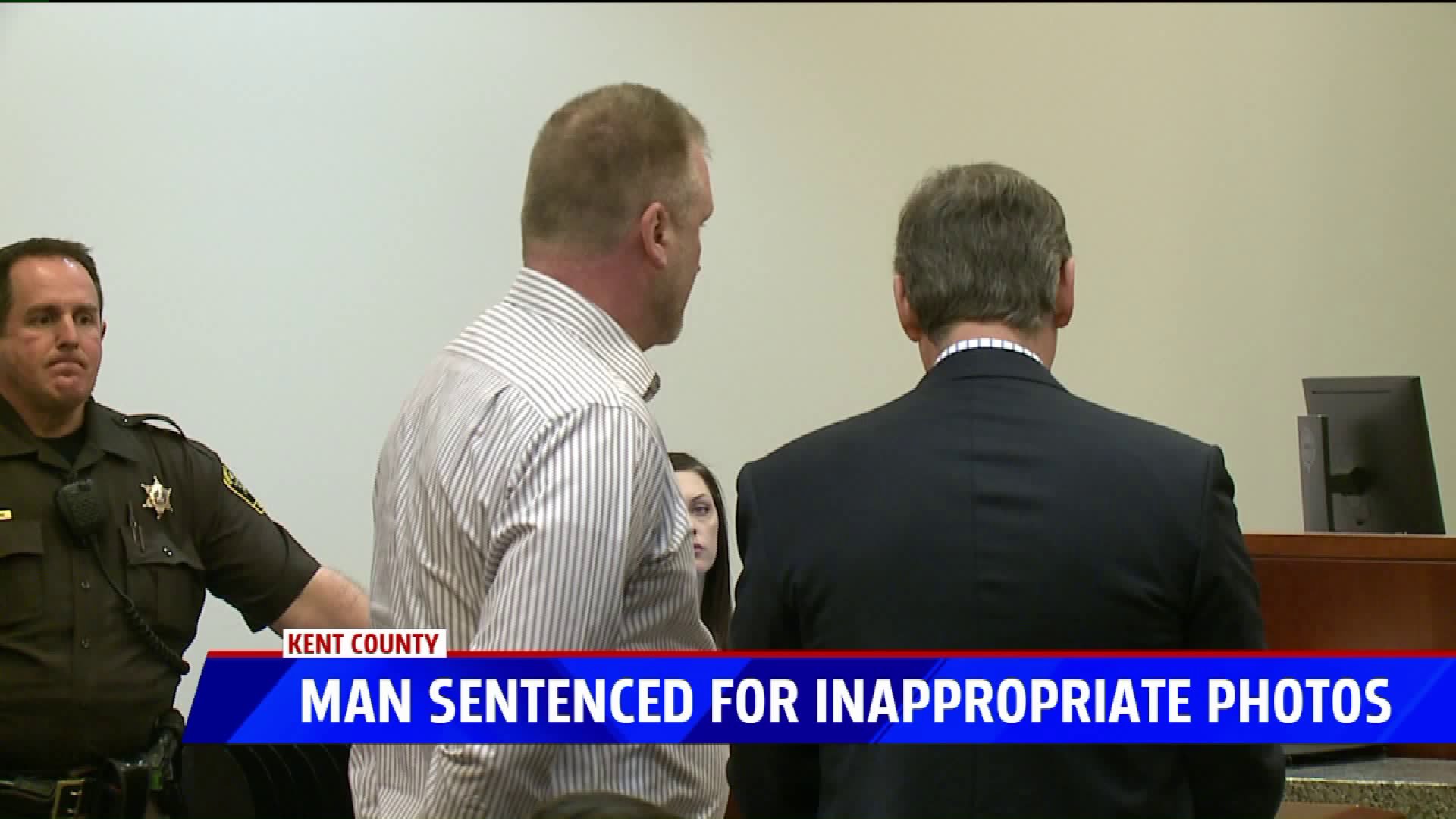 GRAND RAPIDS, Mich. - A Kent County man was sentenced Thursday for taking photos up a woman's dress while working at a local store.

Michael Hendricks was an employee at Ken's Fruit Market where surveillance photos showed him taking photos up the dress of Kristina Wheeler last year.  He was sentenced Thursday to 300 days in jail and five years of probation.

This wasn't the first time Hendricks had been caught doing something like this. In 2016, he was given two years of probation for recording a woman who was pumping breast milk in a bathroom at his old job at H.A. Campbell Supply.

Wheeler says that she was hoping Hendricks would get a harsher sentence, since he has a history of these types of activities.

Hendricks apologized in court Thursday, with his wife by his side. He says he is a sex addict and is seeking treatment.

Ken's Fruit Market says they fired Hendricks as soon as they were informed of the incident.